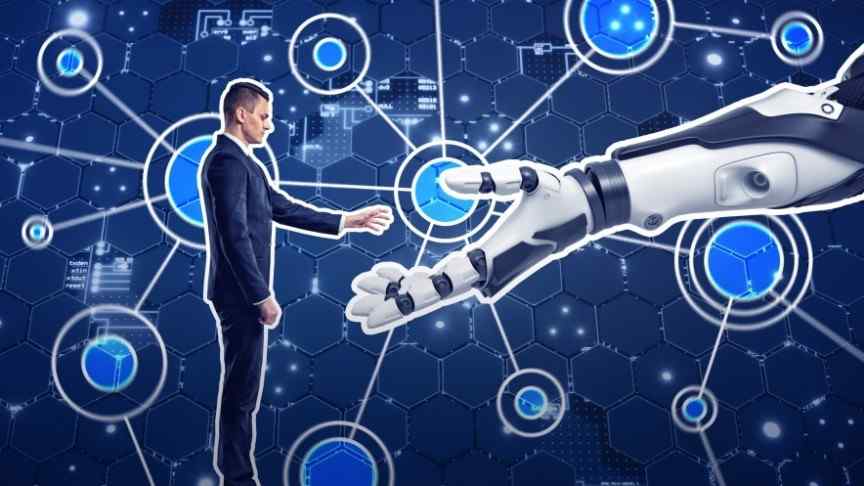 Blockchain technology and AI seem to be two entirely different realms at first glance. How can the two fields benefit one another?

On the surface, blockchain technology and AI seem to be two distinct domains. The goal of AI research is to create computer systems that are capable of performing tasks which would otherwise require human intelligence. Meanwhile, blockchain platforms are typically developed to serve as distributed ledgers that power transactions and applications.

However, there is some amount of overlap between the two realms. Both fields involve radical new ways of managing information and utilizing computer resources. With their combined powers, blockchain technology and AI could introduce major innovations in both areas.

Additionally, the field of AI is currently dominated by Big Tech companies like Google and Facebook. Independent blockchain startups could release data stores and tech talent from the grasp of tech giants, allowing just about any company to contribute new innovations. What follows are just a few ways that AI and blockchain technology could change the world and a handful of the industries where the two technologies intersect.

Blockchain technology and AI rely on distinct but comparable technologies: both involve highly interconnected networks that work towards a single outcome. Each blockchain is made up of countless nodes, which perform work competitively in order to solve a problem. These nodes may be competing to produce several possible branches, but in the end, only one branch is valid.

AI works in a similar way by making use of decision trees. An AI system is able to generate possibilities and branching pathways, and eventually, it decides that one branch is a correct solution to the problem it has been presented with. Blockchain can expand on this process by providing an AI system that is distributed across countless devices — and is not just located on local hardware or a small network.

These symmetrical structures can be combined to build powerful systems. SingularityNET, for example, is a blockchain that allows AI services to work with other AI services in order to perform a given task. Deepbrain Chain, meanwhile, uses blockchain technology to supply computing power to AI groups.

AI technology is capable of handling vast amounts of data. In fact, data processing and analysis is one of the main applications of AI. Unfortunately, there are not many effective ways for AI projects to readily access that data. A public blockchain, however, is a highly effective way to make data widely available.

Ocean Protocol is one project that is collecting data and building a blockchain layer that provides a basis for data selling and tokenization. Datum, meanwhile, is using blockchain to compensate individual users who sell their own data to Datum’s pre-screened partners, some of whom are AI developers.

In addition to making data more accessible to AI researchers, blockchain can also restrict the availability of that data according to ownership terms. Blockchain technology can use complex zero-knowledge cryptographic techniques to allow projects to make use of data while ensuring that those projects do not obtain a copy of that data.

Projects like Oasis are providing encrypted data bundles that can be used by AI systems in provably correct calculations that do not reveal the underlying information to researchers. Enigma similarly provides a market for AI data that cannot be redistributed or resold.

Blockchain has many applications in the area of supply chains, as it can provide an auditable trail of goods and services. This can ensure that every step of a process is being done properly. AI could increase the level of automation in these supply chains.

Blockchain supply chains already introduce some degree of automation: smart contracts can execute transactions and oracles can retrieve external data. However, human beings ultimately must recognize issues in the real world and audit the ledger in order to find the source of a problem.

The addition of AI to blockchain supply chains, though, could automate supply chains to an even greater extent. Namahe, for example, uses machine learning to monitor supply chains autonomously and detect supply chain problems without human input, saving auditing costs and improving efficiency.

The previous applications may be dryly technical, but the field of robotics could unite blockchain and AI technology more vividly. Hanson Robotics has developed a robot called Sophia that has been programmed with some knowledge of cryptocurrency and blockchain-related topics prior to audience demonstrations.

Hanson Robotics intends to take this further: it has also collaborated with SingularityNET and plans to create a blockchain platform in which AIs can roam freely, communicate with each other, and trade assets.

Eventually, a fully autonomous population of virtual agents could be interacting on blockchains on their own — something that a few people have warned against.

Although blockchain and AI technology may appear to be entirely different at first glance, there are in fact plenty of opportunities for the two areas to overlap. AI can assist blockchain by providing autonomous systems that perform tasks which would otherwise be left to humans, making blockchain more useful than ever before.

Additionally, blockchain technology can improve AI by providing a secure and decentralized way for AI projects to access the data and resources they need. In the future, this may allow small companies to overtake and out-perform the current leading tech giants in the field of AI.