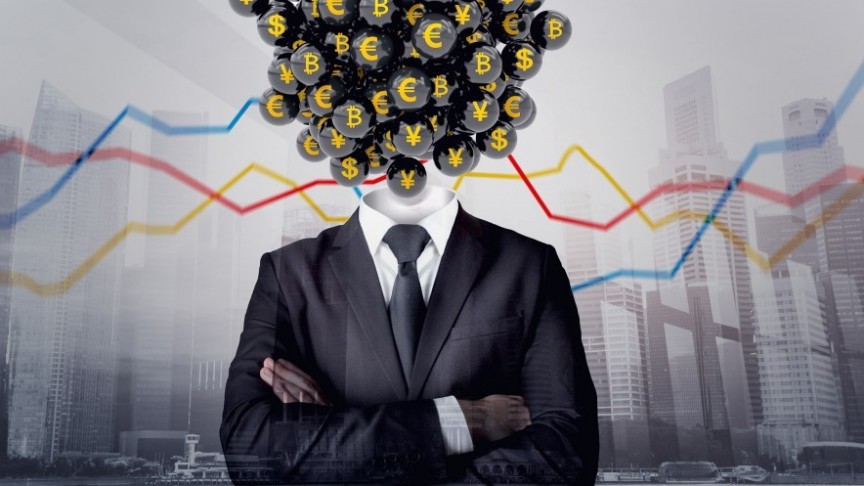 Blockchain startups have struggled to survive a declining market, but blockchain development is alive and well in corporate head offices.

In 2019, things are changing rapidly in the world of crypto and blockchain, and it can be difficult to tell if all the change is for better or worse. Many of the small crypto startups that helped usher in blockchain’s first wave of potential and innovation are now closing their doors. The once skyrocketing values of cryptocurrencies are now stagnating at less than half of the all-time-highs (ATHs) reached in 2017/2018. Yet, despite this cooling of the blockchain industry, the use-cases discovered for blockchain and decentralized computing are now permeating the offices and labs of big-name companies worldwide. Technology-giants like Facebook, Microsoft, and Amazon are developing their own blockchain tech alongside financial-giants such as JP Morgan and The Intercontinental Exchange (ICE), who are leveraging blockchain to improve their services and streamline their processes. Will a second wave of blockchain development be ushered in under the guidance of the largest corporations on the planet? Or is the industry collapsing under its own speculative weight?

When a noticeable portion of the companies in any given vertical begins to close their doors, it is generally considered an indication of collapse. In late 2018, Novum Insights, a notable firm responsible for monitoring the trends of the blockchain market, set out to test the health of the blockchain and crypto sectors by tracking token trading and the online activity of 9,000 companies within the industry. What Novum found was striking - over 1,800 of the 9,000 tracked companies, or approximately 20%, had either become inactive on their websites, social accounts, and GitHub pages or had vanished from existence completely within the year. Some of these companies were identified as Ponzi schemes or scams, while others fell victim to financial mismanagement, poor business models or regulatory pressures. Regardless, all were deemed to show “no signs of life”.

When we look at the context surrounding the industry in 2018, we can see why many 2018 startups had to eventually close their doors. In 2018, mania was at an all-time high. Investors were willing to plow their money into any startup that could breathe a half-sensible concept combining the words “blockchain”, “decentralization” and “disruption”. Clever marketing machines recognized this and were happy to churn out the right campaigns and faux-projects to take advantage of the mania. Crypto prices soared alongside these hyped-up cash grabs, and many legitimate blockchain startups were able to fund their ambitions with mania-fueled ICOs and valuations based on speculation. When crypto prices corrected and the mania faded, these companies were left with only a fraction of their initial startup funds, which caused many startups to panic and sell-off of assets in an attempt to “get out while they still could,” further damaging the market.

The key thing to take away from the deaths of these crypto startups is that 2018 was a year fueled by speculation, and now, the speculation is giving way to fact. The fact is, Bitcoin wasn’t ready to overthrow the world’s financial system and blockchain technology wasn’t going to redefine every single business vertical ever conceived. In fact, it looks as though the market was ripe with over-zealous valuations, and hype far outpaced the tangible products and services produced by the blockchain industry. But, does this mean the blockchain industry is failing?

2019 is seeing big-name firms turning their attention to blockchain in a big way. This is apparent when looking at the many reports of large companies that are now beginning to fill senior-level positions with blockchain expertise. In late January, IBM made headlines when they posted two senior-level jobs for both a Blockchain Application Developer position and an Offering Manager Position, showing the company is getting more serious about its development of the Stellar blockchain platform.

Facebook also made headlines in February for acquiring the entire team behind Chainspace, a small blockchain startup focused on the use of “smart contracts”. This acquisition has been viewed as an indication that the social-media giant is ramping up its in-house blockchain development efforts. In the financial sector, the new cryptocurrency trading platform Bakkt, which is owned and operated by the same parent company as the New York Stock Exchange, is hiring senior level blockchain developers as the company awaits approval from the CFTC. These are just a few of the many examples of legitimate technology and financial companies trying to fill their offices with blockchain experts, a clear sign that blockchain technology is becoming the domain of established firms rather than ambitious startups.

But, perhaps the biggest sign that things are changing in the world of blockchain comes from Wall Street giant JP Morgan, who has now become the first US bank to release their very own cryptocurrency. The coin, “JPM”, is designed to be used on JP Morgan’s blockchain “Quorum”, which is an enterprise-grade version of the Ethereum blockchain. “JPM” aims to replace wire transfers and international payments by providing faster settlement times with blockchain technology. JP Morgan’s new cryptocurrency gives blockchain technology a whole new image and represents a massive paradigm shift for the industry. The use of blockchain technology within established fiat monetary systems not only lends legitimacy to the idea of digital cash but also does away with the notion that “crypto” currencies are a fringe concept.

Where 2018 saw many small blockchain entrepreneurs and developers try to secure venture capital with creative ideas or clever marketing tactics, 2019 is seeing the largest bank in the US use blockchain technology to underpin their core financial services. What’s more, companies like Facebook, IBM, Amazon, Intercontinental Exchange, Google, Nasdaq, Goldman Sachs, and Microsoft are right behind JP Morgan, ramping up their blockchain teams and development efforts as they usher in blockchain’s second coming.