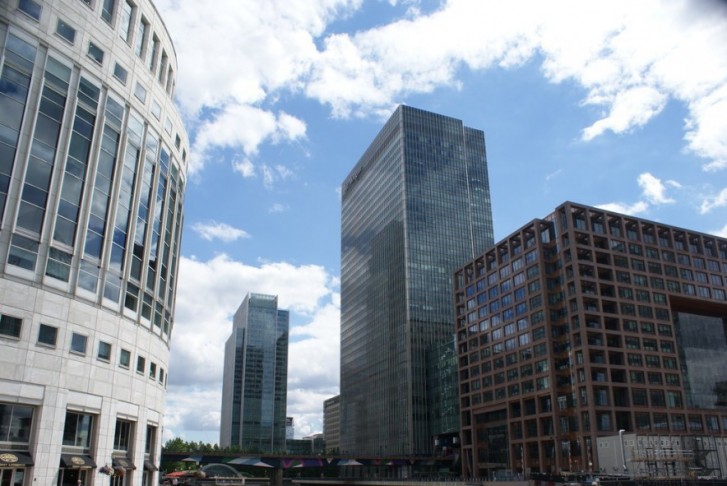 JP Morgan has become the first US bank to create its own cryptocurrency. WAX and MOAC were the best performers in the top 100 last week.

JP Morgan has become the first bank in the US to create its own cryptocurrency. The bank’s “JPM Coin” has been created on the blockchain and aims to replace technology such as wire transfers and international payments by providing faster settlement times.

JP Morgan is the largest bank in the US and the move is highly ironic after the company’s CEO, Jamie Dimon, slammed Bitcoin in previous interviews. Dimon said in 2017 that Bitcoin was “a fraud” and that it would eventually blow up.

The JPM coin will be issued on “Quorum”, which is an enterprise-focused version of Ethereum that was created by the bank and will only be available for business-to-business activity initially.

The move by the Wall Street bank is a big vote of confidence for cryptocurrency and another confirmation of what I’ve said in the past:

On the surface, the traditional financial institutions have spread negativity and fear about cryptocurrencies, whilst in the background many are preparing their own offerings for the sector.

Goldman Sachs was an investor in “Circle”, which bought the Poloniex exchange and introduced the USDC stablecoin. We also have two institutional platforms in the pipeline from Bakkt and Fidelity.

Another move in the last week was the news that Nasdaq, the world’s second-largest stock market, was introducing new tracking indices for Bitcoin and Ethereum. Nasdaq confirmed in December that they would be introducing Bitcoin futures in the first half of this year. A company spokesperson stated,

Bitcoin Futures will be listed and it should launch in the first half of next year – we’re just waiting for the go ahead from the CFTC but there’s been enough work put into this to make that academic.

The price of Ethereum was the best performer in the top twenty last week with a rise of 13%. ETH has seen $5bn in volume over the last 24 hours, which trailed only Tether at $7bn and BTC at $14bn. Once again Bitcoin was flat on the week with a meagre gain of 2.6% so we are still stuck in the range produced by the December lows.

On the monthly chart, ETH still has a long way to go if it wants to recover last year’s losses and up ahead there is key resistance at the $200 level. ETH currently trades near $140 and the upcoming hard fork may lead to further gains. As noted in the previous JPM coin news, the Quorum platform is an Ethereum-based blockchain so it may favour this currency for future developments.

One of the top performers in the top 100 coins was WAX with a 50% gain on the week. The Worldwide Asset Exchange, as it is otherwise known, is a peer-to-peer trading platform for virtual items. This will be initially aimed at the gaming market, where there is a big market for in-game purchases of items and upgrades. There are around 400 million online gamers, a market which the Wax website claims is worth $100bn.

The rally seen this week has made it likely that the low seen in early-February will hold in the medium-term. The market is testing the resistance at $0.06, after a previous bounce in late 2018. A weekly close above $0.06 could see WAX double to $0.12. WAX has an all-time high of $2.77 and is currently at number 72 in the list of the largest coins with a market cap of $48m. The coin has a current supply of 937m coins but this can double to its total supply of 1.85bn so investors should consider that inflationary aspect.

MOAC has been another good performer with a gain of over 30% and this is another coin that seems to have been testing the floor and building a base for further advances. The price is currently trading at $0.62 after trading at a low of $0.40 in mid-December.

MOAC has a market cap of $38m and is at number 82 on the list. As with Wax, the coin has only 50% of its total supply in current circulation but that’s only a concern for a longer-term holding and would likely only come into effect after some big advances in price.

MOAC is a “multi-layer” blockchain with each layer dedicated to a particular task so the developers are aiming to create a platform for Dapps to be used in the commercial space.

It was noted last week that Binance was delisting five coins as Cloak, Mod, Salt, Sub, and Wings were removed from its exchange. This comes on the heels of its removal last October of Bcn, Chat, Icn, and Trig. Investors should be reminded of the danger when looking at smaller coins in the crypto space. Many will not last in the same way that many firms disappeared following the tech bubble in the US stock market.

The market over the last few weeks has been positive and we are holding the mid-December lows in the general market and awaiting some form of catalyst. The next four months may see big developments as we have a line of institutional offerings on the way in the form of trading platforms and futures contracts. We may even have further clarity on regulation by the summer as the arrival of companies such as JP Morgan is a vote of confidence for the cryptocurrency world.