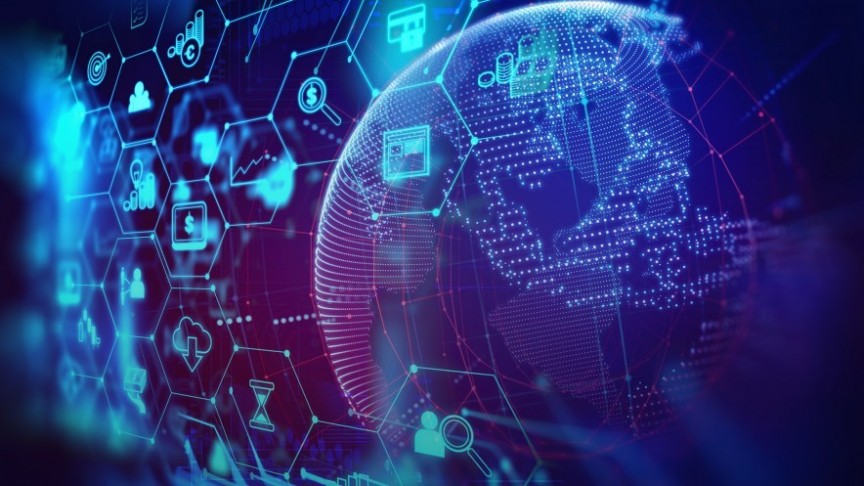 We examine some of the most exciting nascent technologies in the blockchain industry, and how they will shape blockchain in 2019.

Blockchain, the technology that was originally developed to underpin the Bitcoin cryptocurrency, may well be coming into its own in 2019. While the present cryptocurrency market has disappointed investors and proponents since the 2017 “bull-run”, blockchain technology has marched onward in the background, bringing technological advantages to multiple industries beyond its humble beginnings.

Blockchain technology is becoming an enterprise-level tool for cutting-edge corporations and organizations. Cross-border remittances, self-executing contracts, tamper-proof medical and judicial record keeping, digital identity/rights management, and supply-chain management are just a few of the possible applications for blockchain, but the industry is still in its infancy. Because of the growing number of use-cases for the technology, we are seeing industry leaders pushing the boundaries of how blockchain technology works, with new ideas and improvements being developed daily to help bring Blockchain mainstream.

Below are overviews of the most intriguing developments utilizing blockchain technology at present, and examples of how these concepts are being implemented at their earliest stages.

Blockchain As A Service (BaaS)

Blockchain-as-a-Service, or BaaS, is a new concept being explored by tech-giants like Microsoft, IBM, and Amazon, alongside smaller start-ups who recognize the potential blockchain holds for businesses. These BaaS providers have built robust blockchain networks that can be outsourced to businesses who want to build their own blockchain powered solutions; like smart-contracts, apps, and decentralized ledgers. In essence, BaaS gives those who want to experiment with blockchain technology the opportunity to do so without any in-house development of an actual blockchain network.

This newly available BaaS technology is revolutionary because it brings blockchain accessibility to almost anyone who wants it, opening the door for new use-cases and innovations in the rapidly developing blockchain space. With most BaaS providers going live in the latter half of 2018, 2019 is poised to see a flood of new blockchain-based business solutions developed in multiple business vectors as BaaS matures. Matthew Kerner, the General Manager of the Microsoft Azure project, had this to say about the future of BaaS,

BaaS is already disrupting multiple business vectors. BaaS is being utilized to drive security and transparency in the food and pharmaceutical supply chains. The service is also helping banks settle cross-border payments and is redefining how insurance is administered by large insurance providers. With BaaS providers bolstering their services platforms, 2019 will likely see many new businesses begin to experiment and implement blockchain technology.

We have heard about smart contracts since Ethereum began in 2015, and smart contract technology is truly revolutionary, but there is also a lesser known type of contract that can be utilized by blockchain ecosystems — these are known as Ricardian contracts.

Essentially, Smart contracts are predetermined agreements written in code, which can then be autonomously read and executed by computers. In contrast, Ricardian contracts are written in human languages as records of the “intentions” and “actions” of the parties involved within a contract, prior to a contract being executed. These contractual terms are then hashed into code (through the use of cryptography), and executed via a smart contract protocol. Ricardian contracts are therefore written more in-line with the legal contexts we are familiar with, making them more relatable and useful in a legal sense than predetermined smart contracts.

Tokenization, cryptocurrencies, and decentralized applications (dApps) are the premier technologies that have been developed thanks to blockchain. These concepts are revolutionary, but they face a tremendous hurdle when it comes to adoption — none are universally supported across the most popular blockchains. Instead, each newly developed token, coin, or dApp is inherently stuck on its native blockchain, but 2019 could be the year that we start to see a shift in this paradigm.

Interoperability is a general term used to describe the concept of cross-chain compatibility for digital assets, tokens, and dApps, and the concept is likely to see huge developments in 2019. There are various ways to facilitate interoperability. Platform-to-platform solutions, like the Open Federated Gateway Protocol (OFGP), provide a way for blockchain tokens to “travel” from one blockchain to another. OFGP is currently being used to facilitate BCH to ETH transfers, but many other solutions are being developed to provide similar features to different platforms.

On a macroscopic-scale, interoperability can mean much more than simply allowing two blockchains to exchange tokens. The Polkadot Network is an interoperability protocol created by Ethereum Co-Founder Gavin Wood. The project aims to create an “internet of blockchains” capable of facilitating authenticated transactions between blockchains while still allowing them to have entirely arbitrary state-transition functions. This exciting project is set to launch in Q3 2109.

2017-2018 saw hundreds of Initial Coin Offerings (ICOs) come, raise capital, and vanish before eager investors' eyes. In fact, the Wall Street Journal published a report in mid-2018 showing that hundreds of millions of dollars were being invested into fraudulent ICOs, and a report from ICO advisory firm Statis Group showed that ~80% of the ICOs studied were scams. How could so many ICOs get away with stealing investors’ funds? Through a complete lack of regulation and official oversight. In 2019, we will likely see the ICO structure give way to the safer, more legitimate concept of security tokens.

Security tokens are tokens that typically derive their value from a tangible real-world asset, like gold or real-estate, rather than a speculative assumption of the token’s future value. Additionally, security tokens are subject to the Securities and Exchange Commission’s (SEC’s) Howey Test, making the tokens subject to federal regulations and thus providing investors’ rights. The prevalence of security tokens is likely to expand in 2019, bringing an opportunity for tremendous real-world value into the blockchain industry.

2019 may not see the crypto market rallying towards all-time-highs just yet, but the blockchain industry that has grown with it is seeing innovation and advancement like never before. The technologies discussed in this article represent sound ideas and use-cases for blockchain technology that should endure for years to come. These trends will undoubtedly define the direction of the industry in 2019.