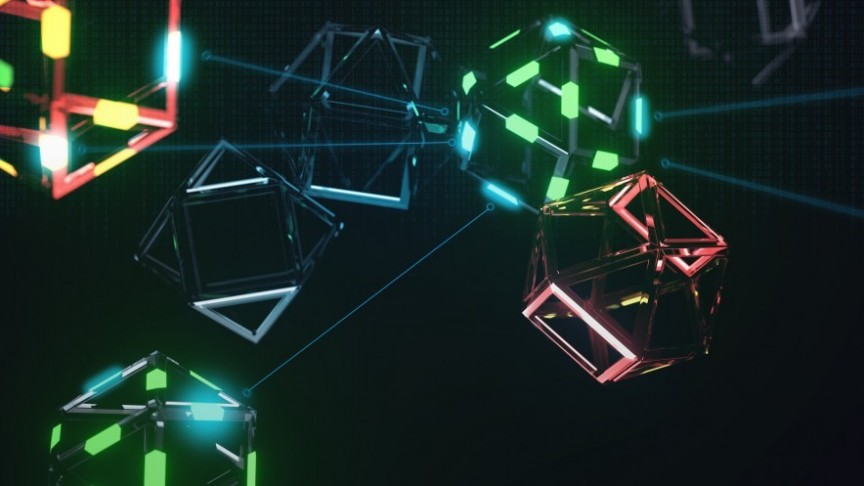 Interoperability could unite many separate platforms. Will this create a universal blockchain, or will it integrate platforms on a smaller scale?

As blockchain technology marches forward, users and developers are gaining the ability to choose from an ever-increasing number of options. Since Bitcoin's introduction in 2009, hundreds of different cryptocurrencies and blockchains have come into existence.

Although each project has a unique selling point, many share a number of core features. Almost all blockchains are capable of handling tokens and transactions, and most recent blockchains can execute smart contracts and decentralized applications.

These common features have inspired a number of projects that seek to unite blockchain platforms which would otherwise remain separate. In other words, these projects seek to achieve what is called interoperability.

The scope of this discipline is vast. Interoperability can involve joining blockchain platforms on a small scale, or it can involve ensuring that different versions of a single platform operate seamlessly. However, many interoperability projects are attempting to develop a "holy grail" of sorts: an all-encompassing universal blockchain network.

Which of these approaches will win out in the end remains to be seen. But for now, let's take a look at a few ways that interoperability could improve blockchain technology.

Possibly the largest problem that cryptocurrency faces at the moment is the fact that no coin or token is universally supported. Although Bitcoin has become a de facto standard in commercial transactions, this is not true of every use case. This is reflected by blockchain applications: most blockchain-based dApps only support one type of coin.

One way to circumvent this problem is to create "bridge cryptocurrencies," allowing tokens to be transferred across blockchains they were not designed for. W-BTC, for example, is an Ethereum-based coin that is tied to the price of Bitcoin. This allows Bitcoin to be integrated with Ethereum dApps, greatly increasing Bitcoin's possible use cases.

W-BTC only integrates two different projects: Bitcoin and Ethereum. But in theory, any two cryptocurrencies could be combined in this way. Many similar projects exist: EOS 21 transfers Ethereum tokens to EOS, for example, and Dogethereum transfers Dogecoin to Ethereum.

However, more universal interoperability is also possible. In fact, this is usually what projects mean when they claim to provide interoperability. Ripple's Interledger, for example, is a blockchain-based network that can handle just about any type of crypto token or fiat currency.

Since most payment processors only handle a handful of cryptocurrencies, this is a major accomplishment. Dozens of applications have been built on top of Interledger, and this type of flexibility may allow universally interoperable transactions if Interledger becomes prominent enough.

In addition to performing simple transactions, many modern blockchain platforms also run programs. Originally, Ethereum was the only blockchain that allowed developers to program decentralized applications (dApps) and smart contracts. However, Ethereum now has plenty of competitors, such as EOS, NEO, and Tron, which are similarly programmable.

These options have enabled some developers to move their apps onto alternate platforms. However, it takes time and effort to move a dApp to a second blockchain, as most blockchains have their own unique programming language. In fact, one of EOS' initial goals was to run contracts written in Ethereum's Solidity language, removing the need for developers to re-code their app for different platforms.

Although EOS has abandoned that feature, other tools offer similar capabilities. For example, Hero Node allows developers to "write once" and "run anywhere" — meaning that developers can quickly deploy an app to various platforms, including Ethereum, EOS, and Qtum. This saves developers some of the trouble of choosing which blockchain to develop for.

However, this approach merely makes an app portable, and the app remains isolated on each blockchain. The alternative is to make apps on different blockchains functionally interoperable. Polkadot, for example, allows apps on one blockchain to interact with smart contracts on a second blockchain.

This allows blockchain apps to work together to accomplish tasks that they are not capable of alone. This would also eliminate the need for developers to move entire apps between blockchain platforms as they outgrow them — instead, an application could rely partially on different blockchains as needed.

Although universal blockchain interoperability would be a great boon to adoption and usability, it is not clear that it is in fact attainable. Many platforms strive for universality, and there is no guarantee that any of these platforms will be widely adopted. Platforms that are aiming to become universal are, after all, competing with each other.

Furthermore, some argue that what most projects call "interoperability" is actually integration between select platforms. Chris Ferris, an engineer at IBM and a member of the Linux Hyperledger governance board, writes that truly universal interoperability is unlikely:

True inter-platform interoperability ... would require developing the "one API/protocol to rule them all" and getting every platform to adopt that, consistently. Even if we could, it would be years in the making. There be dragons.

According to Ferris, Hyperledger provides a more limited (and more achievable) form of interoperability. Since Hyperledger is an open-source product that is highly modifiable, there are more critical issues at stake than interoperability with other platforms.

Since Hyperledger serves as an enterprise blockchain, it is not clear what Ferris envisions for public blockchains and their users. But his core idea is generally applicable: a highly-regarded system that becomes a lasting basis for other projects may prove to be more popular and widely-used than a system that deliberately sets out to become universal.

Interoperability could solve some of the biggest adoption problems that the blockchain world is currently facing: the countless choices that are available to users and developers. The fact that these choices are often exclusive and incompatible does not help matters.