Tokenizing Assets and Securities: How Blockchains Can Bring Onboard Real-World Value 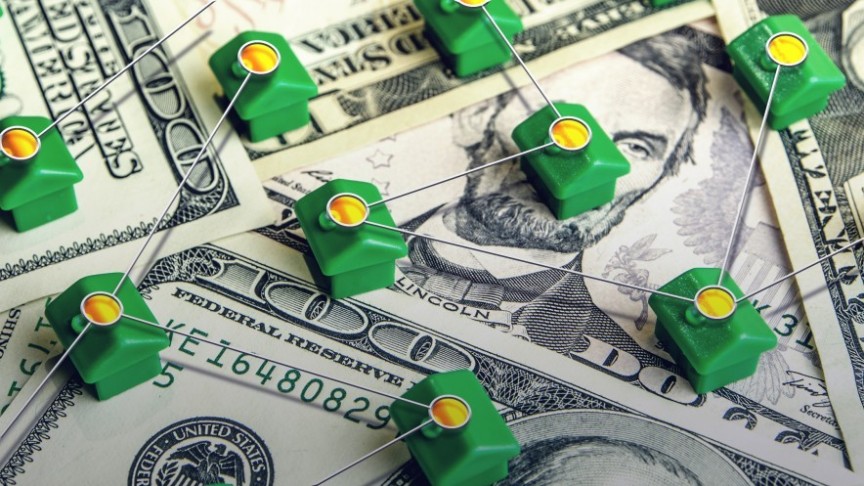 Tokenizing Assets and Securities: How Blockchains Can Bring Onboard Real-World Value

Tokenized assets and securities could bring massive amounts of value to the blockchain market. Can specialized token platforms spearhead a trend?

Blockchain technology is best known as the basis of cryptocurrency, which primarily derives its value from token scarcity. Essentially, crypto tokens are valuable because they are generated by demanding processes, such as mining and staking, or because they are minted in limited numbers, making those tokens hard to obtain.

In other words, most public blockchains (such as Bitcoin) generate their own value, and each individual token represents a fraction of the value that a blockchain has produced. However, blockchain tokens can represent just about any type of value, including value that already exists in the real world―even if that value was not created with blockchain in mind.

As a result, several emerging blockchain platforms are moving away from cryptocurrency-style tokenization. Instead, these platforms are aiming to tokenize real-world assets and securities. This approach has great potential: $256 trillion worth of real-world assets exist, and if even a fraction of that wealth is tokenized, it would far surpass the total value of today’s crypto market, which is worth about $124 billion as of December 2018.

But what exactly are these assets, and will they become a valuable addition to blockchain? Which platforms are attempting to provide a foundation for these tokens? And will they succeed?

Securities themselves are traded within the financial industry: they represent value and ownership, and they are divisible and transferable. Thanks to these characteristics, securities could mesh closely with blockchain technology, which exists to facilitate the transfer of value.

Not every ICO token is a security token, although ICO tokens are generally treated as securities by the S.E.C. Additionally, many recent ICO tokens have been used to represent real-world assets instead of blockchain-generated value, meaning that in some sense, STOs are rebranded ICOs.

Furthermore, security tokens do not necessarily represent securities that are currently being traded within the financial industry. Instead, many security tokens are the product of blockchain platforms that aim to let their users create and trade new asset-based tokens easily.

This means that security token platforms often promise independence from the traditional finance industry. Nevertheless, there is some tension in the nature of these platforms: they must both open up a new market and conform to the same standards that the rest of the financial industry adheres to.

The regulations that exist around securities are vast, and they largely dictate whether individuals and organizations are permitted to create, own, transfer, or redeem securities. These limitations are a double-edged sword for security token platforms, as they are both their reason for being and a potential obstacle.

Regulatory compliance is key: restrictions can be built into security tokens directly, mainly through the use of blockchain-based KYC identity verification. One platform, Polymath, explains these restrictions here, and other platforms such as Swarm take a similar approach. Public blockchains like Ethereum and Ontology have also introduced their own token standards that introduce programmable restrictions (ERC-1400 and OEP-506, respectively).

Essentially, if you are not an accredited investor, it is technologically impossible for you to hold many security tokens created on these platforms. By contrast, there is nothing that actually stops you from holding an ICO token, despite the fact that every Initial Coin Offering is walled in behind KYC procedures.

That said, it is possible for tokens that represent real-world assets to be generally available. For example, stablecoins that represent fiat currency can often be freely circulated. TrueUSD, for example, allows tokens to be traded freely but puts restrictions on redeeming and minting those tokens

But in general, security tokens with programmed restrictions will significantly lockout non-accredited investors. On one hand, this approach seems to clash with one of the major values of the larger blockchain community: the goal of creating financial systems that are inclusive, open, and free from powerful authorities.

On the other hand, a willingness to conform to regulations could win the favor of accredited investors and open up the financial industry in a few different ways. Let's look at some of the advantages that security tokens might provide.

The Promise of Improved Accessibility

Assuming that security token platforms succeed in complying with regulations, they could make investing much more accessible, at least for those who are qualified to do so. Blockchain-based platforms could facilitate international investing, attract new investors, provide reduced transaction fees, eliminate middlemen, and enable 24/7 trading.

Security tokens would also enjoy all of the same technical benefits that cryptocurrency tokens do: an immutable ledger of transactions, automated trading via smart contracts, and divisibility to a near-infinite degree. All of these qualities would make management of assets and securities much more streamlined.

Additionally, these platforms may achieve unity early on thanks to an active standardization effort. Although each security token platform has introduced its own competing standard, these standards are largely interoperable. Polymath, OpenFinance, Tokeny and over a dozen other platforms base their token standards on Ethereum and are largely compatible with Ethereum wallets.

The tokenization of real-world assets and securities holds plenty of promise, and the practice could bring massive amounts of value to the blockchain market. Security token platforms that streamline the process could kick off an important trend in the near future.

However, the way in which these platforms will reach their target market is uncertain. Even if security and asset tokens accumulate large amounts of value, they may experience limited circulation. For example, JP Morgan’s Quora is reportedly being used to tokenize gold; this made major headlines, even though that particular application seems to be limited to one or a few clients.

Finally, with limited appeal to the general public, these projects will need to find new ways to earn the attention of the financial industry and the approval of regulators. Despite their close ties to existing public blockchains, such as Ethereum and Ontology, security token platforms may need to develop an entirely unique image.