Clearing the Clutter while ETH Gas Prices Return to Normal 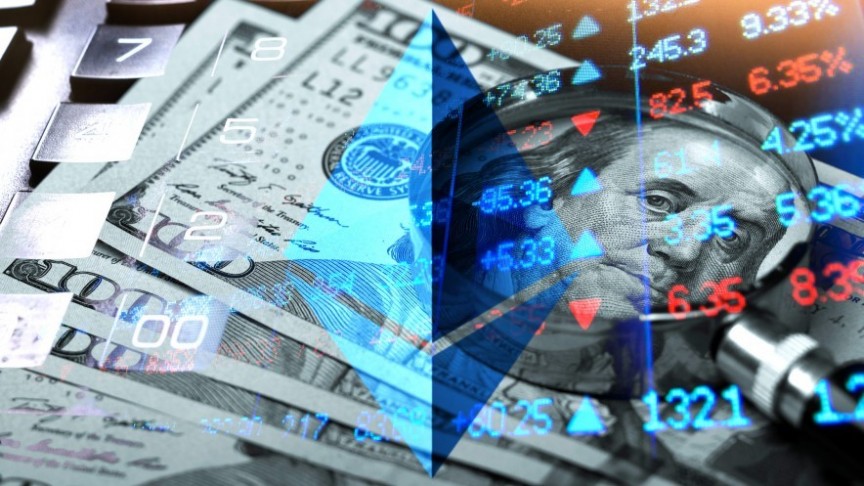 Clearing the Clutter while ETH Gas Prices Return to Normal

Ethereum Gas prices have returned to normal down from a record 200 Gwei, after what some have described as an attack on the Ethereum network.

The Ethereum network seems to be settling back down after some days of heavy congestion that saw Ethereum gas reach record prices of up to 200 Gwei for high-speed transactions, in the midst of what some have described as an attack on Etehereum with malicious intent.

The recent congestion seems to have originated from thousands of futile transactions coming from unknown ERC20 smart contracts. Billions of one particular token, iFishYunYu, were distributed aimlessly across multiple accounts, severely overloading the network. In a Twitter post, Vitalik Buterin estimated the recent spamming resulted in costs of as much as $15 million. 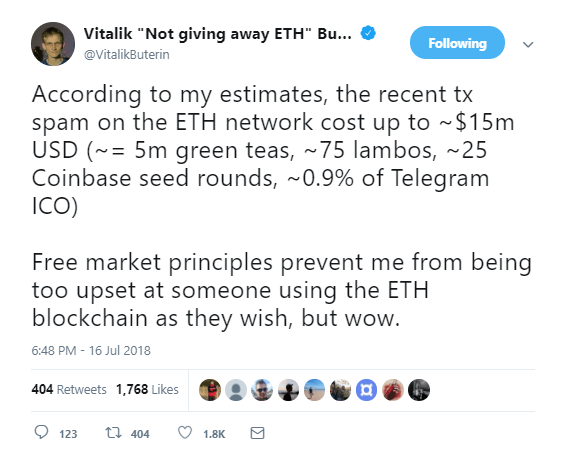 A surge of accusations followed the reports of the massive rise in gas prices. Several fingers were pointed in the direction of the EOS project, whose users were accused of coordinating the Sybil attack that congested the Ethereum network over the weekend. Team JUST, the group of dApp developers behind Fomo3D and PoWH3D, drew significant attention to a Reddit post in which they accuse EOS of manipulating ETH gas prices. 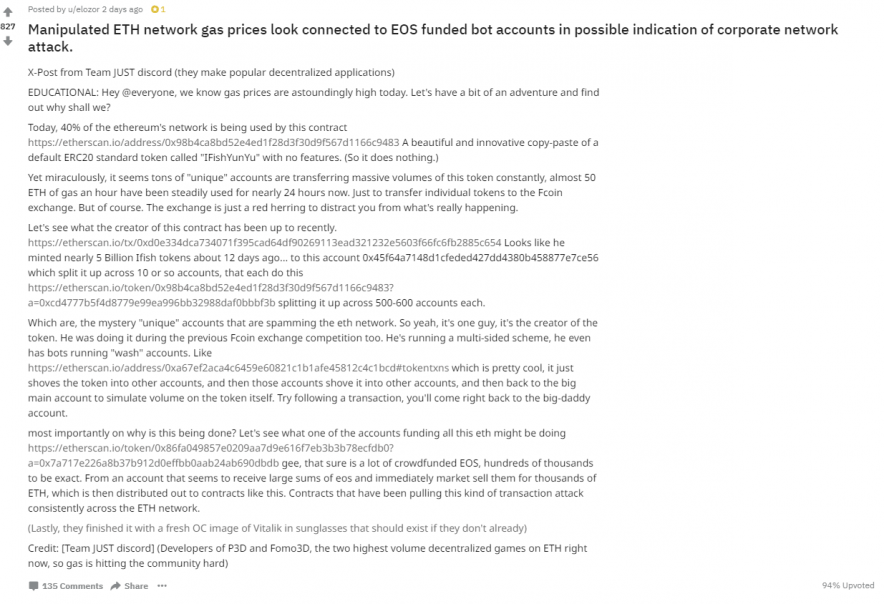 An unconfirmed screenshot that contains a response by block.one CTO, Daniel Larimer, has surfaced online soon after, in which Larimer refutes all claims against the EOS project, 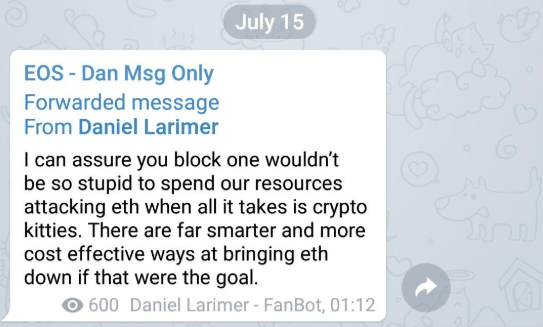 As of today, neither Larimer nor the EOS team have officially responded to the accusations. For now, no credible evidence has been brought forth that would be enough to determine EOS involvement in the alleged attack. The cause of the extreme gas price rise, therefore, remains to be determined.