Crypto Regulation and Blockchain Vocabulary - Do We Really Know What We're Saying? 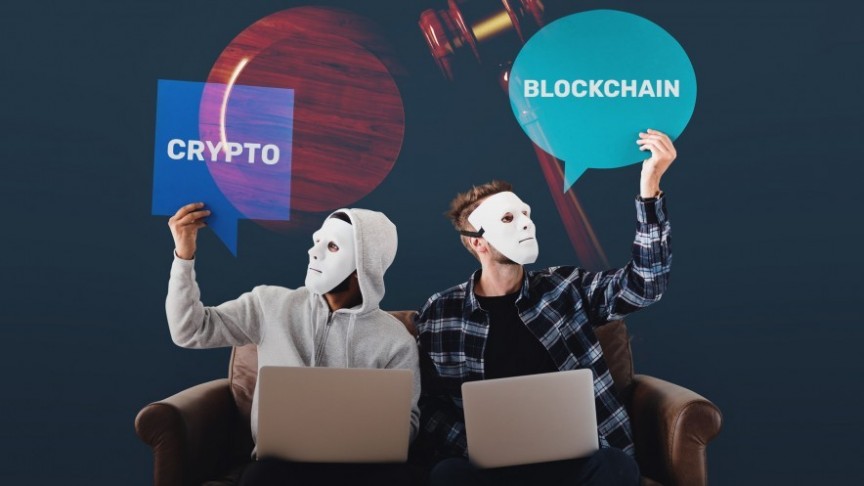 Crypto Regulation and Blockchain Vocabulary - Do We Really Know What We're Saying?

The confusion over cryptocurrency vocabulary among regulatory bodies is destructive. It's time to clarify the legal definitions of crypto terms.

This article was written for Bitrates by frequent guest contributor, Stefan Stankovic.

Every time a novel technology - such as Blockchain - springs into existence, it’s followed by a very profound epiphenomenon called “the pacing problem.” At the core of the matter lies a very fundamental, seemingly unavoidable principle: technology advances exponentially, while legal systems change incrementally. This inherent disharmony between the two gives rise to a very harmful legislative void, a legal limbo that instills fear, uncertainty, and doubt in the system. To mitigate the devastating effects of legal limbos, regulators are perpetually looking to find the right balance between premature regulation, which tends to stifle technological progress on the one hand, and lack of regulation, which promotes legal uncertainty (and everything bad that comes with it) on the other.

In order to govern and regulate a particular sector or an industry, however, we first need to come to a mutual understanding about the meaning of the central terms native to it. This may sound fairly obvious, and you may be wondering why I am even saying this, but when we put this into the context of the crypto industry, it is remarkable how much damaging confusion has propagated. The situation couldn’t be direr.

How deep does the rabbit hole go?

Crypto’s vocabulary problem starts at the very beginning. We can’t even agree on what we mean when we say “cryptocurrency.” What is the difference between virtual currency, digital currency, cryptocurrency, crypto-asset, digital tokens, coins, and altcoins? These terms are often used interchangeably; sometimes seemingly referring to the same thing, or something similar, and at other times referring to something completely different. We run into the same problem when we talk about blockchains, or distributed ledger technology, or shared ledger technology, or distributed database. We then say that blockchains are inherently immutable, or “tamper-resistant” or “tamper-proof.” But are they really immutable? Moreover, what does that mean from a technical and a legal standpoint? Ethereum, for instance, claimed to be immutable until it decided to hard-fork and roll back fraudulent transactions. How is that immutable? If that’s not tampering with the blockchain, then what is?

a type of unregulated, digital money, which is issued and usually controlled by its developers, and used and accepted among the members of a specific virtual community.

Three years later the ECB adopted a new definition for cryptocurrencies - or “virtual currencies” as they came to prefer,

a digital representation of value, not issued by a central bank, credit institution or e-money institution, which, in some circumstances, can be used as an alternative to money.

That’s three different definitions coming from two different institutions within two years. So what’s the big deal? Well, let's look at some of the potential legal implications. In the same 2013 guide on virtual currencies, FinCen goes on to state that,

a person is an exchanger and a money transmitter if the person accepts such de-centralized convertible virtual currency from one person and transmits it to another person as part of the acceptance and transfer of currency, funds, or other value that substitutes for currency.

This essentially means that if you’ve mined some Bitcoins and sold them to a friend for fiat currency, you’re now an MSB and you need to get a money transmitter license. But wait a minute, what the heck is FinCen talking about? Bitcoin isn’t a currency, it’s a commodity, and it’s under CFTC’s jurisdiction. The CFTC doesn’t explain at any moment what makes bitcoin a commodity, but we can get a glimpse at the possible legal reasoning behind this conclusion from the remarks made by SEC’s Director of the Division of Corporation Finance William Hinman. In short, Mr. Hinman disregards Bitcoin and Ethereum as securities (essentially agreeing they’re commodities) partially because they are “sufficiently decentralized.”

Even though Mr. Hinman’s opinion isn’t legally binding, with regards to establishing jurisdiction and issuing subpoenas it seems that, besides the Howey test, decentralization plays (arguably) a significant role in SEC’s legal treatment of particular virtual currencies.

Through these questions, it becomes obvious that decentralization is not a simple binary property but, rather, it exists on a spectrum and the particular degree of decentralization on each of these axes is not static but dynamic. As time passes, a specific cryptocurrency can become more or less decentralized depending on the circumstances and our criteria. And, when it comes to crypto regulation, it seems that “decentralization’s uncertain meaning makes it ill‐suited for a legal standard.”

The short answer is - to the government agencies, no. To everyone else, yes. Different treatment of cryptocurrencies by various agencies makes it difficult to navigate through the crypto space for both businesses and consumers. The confusing terminology around blockchain technology creates real headaches for regulators too, making it really hard for them to nail down the “facts” and settle on appropriate regulatory actions. In her paper titled “The path of the blockchain lexicon” Angela Walch, Professor of Law at St. Mary's University School of Law, points to this fact by asking a simple question:

How does one craft the definitions section of a regulation seeking to address blockchain technology when both words and technology are still in flux?

Diverging terminology frequently leads to erratic regulation across jurisdictions or legal disciplines, making compliance harder and significantly more expensive for the regulated parties. Oftentimes this incentivizes affected crypto businesses to do some forum shopping and exploit the regulatory discrepancies across jurisdictions (a phenomenon known as regulatory arbitrage), or even tweak the technology to avoid regulation altogether; Last year’s boom in Airdrops - a unique crowdfunding model where businesses give crypto tokens for “free” in (a failed) attempt to avoid the SEC’s clampdown on unregistered STOs  - is a classic example of the latter.

Ordinary users aren't immune to this issue either. What US citizens often fail to realize, for instance, is that when they sell Bitcoins or buy stuff with them, they are - according to the IRS - disposing of an asset. And, for the uninitiated, when you sell an asset you incur a short-term or a long-term capital gains tax, depending on how long you’ve been holding the Bitcoins. This essentially belies the idea of Bitcoin as a “p2p electronic cash system.” Imagine if you had to keep a record and report all of your cash transactions to the IRS? Insane.

Given the novel and quite complex nature of blockchain technology, the obscure vocabulary surrounding it shouldn’t come as a surprise. The crypto industry is a kaleidoscope of many scholarly disciplines, professions, and philosophies. People from diverse fields of expertise such as law, economics, cryptography, distributed systems, software engineering, and political science often use language specific to their discipline to express concepts from other fields. Using the same terms with a totally different meaning in mind can lead only to mass confusion and the propagation of misleading taxonomy.

In a short paper regarding the subject published in February 2019, the FED concludes:

Our findings indicate that most of the shorthand references common in describing blockchain capability are not accurate (misleading) and require greater scrutiny. We believe that bringing more certainty to the definitions of key terms used to describe blockchain prevents costly mistakes and wasted resources.

So what can be done about this? Prof. Angela Walch suggests that regulators need to watch, learn, and buy time until both the vocabulary and the technology stabilizes. I beg to differ. The law needs to stop following and start leading. Rather than employing the “wait and see” approach, regulators need to step up, clear the confusion, and give the industry some direction. If nothing else, we should, at least, settle our differences on the most fundamental thing of all - the legal definition of “virtual currency.”

Bitrates thanks guest contributor, Stefan Stankovic for this piece.