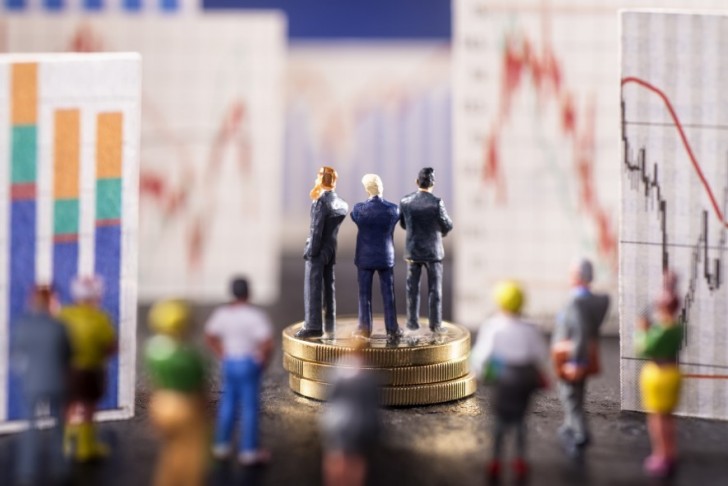 Bitcoin's early-week rally pulled the market up but resistance at $4,000 was too strong. Theta moves to mainnet in March as ONT creeps higher.

It was a rollercoaster week for Bitcoin as we saw a healthy rally early in the week to trade close to the $4,000 level before the market gave up those gains to trade flat on the week. The move higher in Bitcoin took a lot of the cryptocurrency market with it but there are few big gainers on the week.

The weekly chart on BTC shows that we have still kept the mid-December lows in place but there has still been a lack of follow-through. Trading above $4,000 could have seen a quick rally to $5,000 but the resistance held. The rally in Bitcoin was possibly driven by the news of the JP Morgan stablecoin but the failure to get above resistance was disappointing.

One interesting development on the global finance front was the news that the European Central Bank had let an Italian bank go into administration. Banca Carige has been struggling in the past months to raise new finance. The news led to a drop in the price of Italian stocks and although the bank is only the tenth-largest in Italy it highlights once again that all is not well in Europe. Any trouble in the global financial system could easily spill over and lead to a safe haven rally in gold and cryptocurrencies.

Ontology is a coin that has snuck up on the rest of the pack as the coin is now at number twenty on the list of coins by market cap. Ontology hasn’t been appearing on many people’s radar but the coin now has a value of $318 million.

The development website states that ONT is a “high-performance public blockchain”, which looks like it is being positioned towards business and commerce with dApps and smart contracts. One of the key features is the ability for users to collect and manage their own identity data, which may become an important aspect going forward after the data scandals at companies such as Facebook.

The price of ONT has doubled from the mid-December lows at $0.50 to trade at $1.00. Previous resistance around $2.00 will be the first target. The coin has a circulating supply of £324 million, from a total supply of 1 billion.

THETA token has been one of the better performers this week and has steadily gained from the mid-December lows. THETA has just released its own wallet on iOS and Android which will see a switch to a self-contained mainnet. The switch is scheduled for mid-March and all holders will receive a straight swap of tokens to the mainnet and additional issue of 5 “Theta Fuel” tokens for every one holding. Theta fuel is used on platforms such as Sliver.tv for in-game rewards and purchases.

Bitcoin SV is one of the standout performers on Monday with an 8% gain over the last 24 hours.

BSV was given a boost by news that the digital assets firm Fidelity had received the Lightning Network torch that had previously been passed to Twitter’s Jack Dorsey.

The current value of the Lightning Network torch is .0367 or $140. Each participant is asked to add 10,000 satoshis before passing it along. The arrival of Dorsey and Fidelity is a chance to bring worldwide attention to the cryptocurrency market.

BSV founder Craig Wright recently wrote articles on Medium that talked of potential business ideas for BSV. One of those was using the currency for forex accounting and contracts. The forex market is one of the most liquid trading markets and averaged $5 trillion per day in 2016 so it would be quite a prize to go after. Wright also highlighted the use of smart cards, which are now available with biometric security.

BSV now trades around the $70.00 level as it continues to recover from the Bitcoin Cash split just over 100 days ago. The coin currently has a market cap of $1.2 billion and sits at number 11 on the list of coins, with the BCH still holding superiority with a value of $2.37 billion.

For the overall market, Bitcoin still leads the way and we would need to see it trade above $4,000 for any meaningful rally to take hold. Fidelity Digital was due to bring its institutional platform to the market in March and it will be important to watch developments with that.