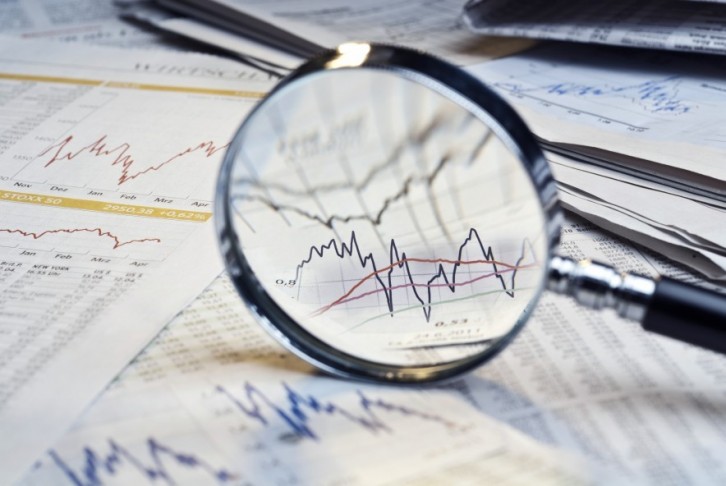 EOS moves above $4.00 and jostles with LTC for the fourth spot. DASH was boosted by recent upgrade features and the BAT Community was launched.

EOS was one of the best performing cryptocurrencies last week, producing a 14% gain. The coin is now trading above $4.00, which underlines a recovery from the low near $1.50 in the December market sell-off. EOS currently holds the number four slot in the list of coins by market cap, however, Litecoin has been strong of late and the two may trade places back and forth in the near-term. Strong resistance for EOS would be the $5.83 level, which marked the previous low in early-2018.

The move above $4,000 in BTC has led to further gains for the general market and suggests that further gains are on the way. If we consider the bearish activity of late-2018, we can conclude that we have seen bad news factored into prices and fearful or impatient investors scared away. We have yet to see institutions move the markets yet, however many were investing “over-the-counter”.

Bad news continues for the world economy in areas such as shipping and the recent moves by Turkey to block the exits for Lira short-sellers. Cryptocurrencies are still an escape from banking sector instability.

In EOS-related news, the South Korean crypto exchange Bithumb saw around 3.07 million in EOS cryptocurrency ($13 million) stolen after a hack, which the company suggests was an insider job. The company confirmed on Saturday that it first spotted an “abnormal withdrawal” of the cryptocurrency through its internal systems and immediately suspended asset withdrawals and deposits on the platform after noticing the breach.

All the [stolen] cryptocurrency is owned by the company, and all members’ assets are under the protection of a cold wallet.

The coins were withdrawn from the exchange’s hot wallet through a series of transactions.

DASH has powered through resistance to confirm the low after a move of 23%, which a current price at $118. The next target for DASH will be around the $142 – 150 levels.

The coin is currently ranked at number 13 in the list of coins with a market cap only $17 million below the $1 billion mark. The project's current strength has been driven by the release of an upgrade that improves network security by limiting the damage of 51 percent attacks amongst other improvements. The new “InstantSend” feature allows users to send transactions instantly by leveraging the new quorum system, which was developed by JP Morgan and may increase the potential for future adoption amongst corporates who leverage quorum.

Other news for DASH is the integration into the Equicex debit card, which increases the spending options and liquidity for users. The project saw previous growth in Venezuela during the country’s turbulent economic contraction.

BAT was one of the strongest coins in the top 50 during the last week with a 42% advance. The browser platform Brave has been making progress towards a full-launch of the Brave Ads Rewards program, which utilizes the BAT token and lets users opt-in to receiving ads for a 70% cut of the revenue generated. This comes on the back of news that the project has signed a partnership with TAP network which made BAT redeemable for rewards at big name brands such as Amazon, Apple, and Starbucks.

This week also saw the launch of the BAT Community, which is a new platform for fans and online material creators. The news was shared on the project’s Twitter page: 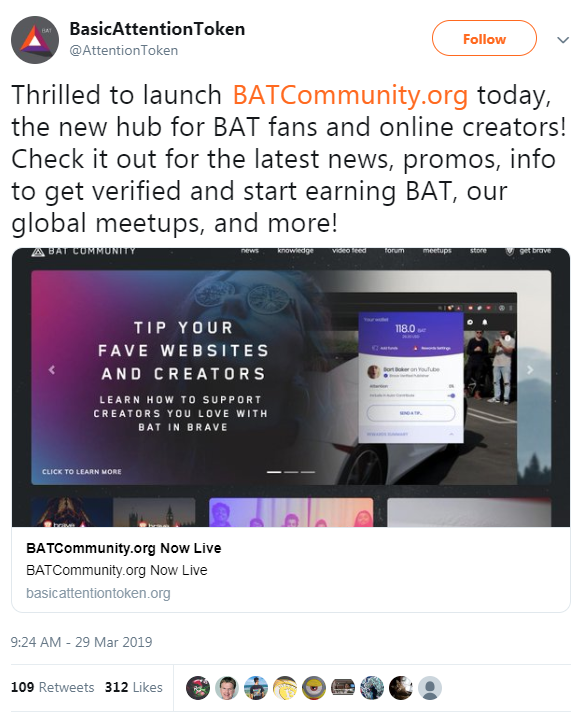 The move higher in BAT this week saw the token’s price move through the previous resistance at $0.200 to trade at $0.300, just ahead of resistance at $0.324. The break above the downtrend line is positive and could see BAT make attempts to find the $0.500 level in the weeks ahead.

Another large brand associating with blockchain recently is the luxury goods conglomerate LVMH, which owns fashion brands such as Louis Vuitton and drinks brand Moet Hennesey.

The platform called AURA will be used to prove the authenticity of the company’s goods. In an official statement, the company also discussed plans to expand into other use cases.

To begin with, AURA will provide proof of the authenticity of luxury items and trace their origins from raw materials to point of sale and beyond to used-goods markets. The next phase of the platform will explore the protection of creative intellectual property, exclusive offers, and events for each brands’ customers, as well as anti-ad fraud.

AURA is another blockchain to leverage quorum and interestingly, the company wants its competitors to join the platform, where other entrants will share the IP. This is to avoid reliance on a third-party development project and this should be considered for other blockchain-adoption expectations in the future. As we have seen with the likes of Facebook, corporations may want to limit supply chain risk by building their own blockchain products.