The Art World, and Its Relationship with Cryptocurrency and Blockchain Technology 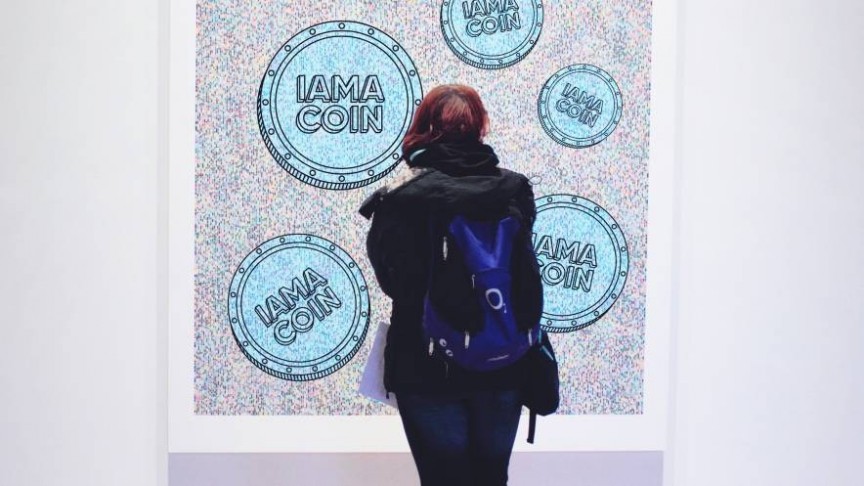 The Art World, and Its Relationship with Cryptocurrency and Blockchain Technology

The art world has novel ways to make use of cryptocurrency and blockchain technology. But can it compete with the crypto world's dominant forces?

Cryptocurrency is, understandably, considered by some to be an over-complicated and niche technology. Beyond the complexity of blockchain technology, laws and regulations make acquiring and holding cryptocurrency difficult, to say the least. The endless stream of competing ICOs and new blockchain platforms make it confusing for newcomers to parse one coin from the next.

It also serves no one to ignore the fact that the culture surrounding cryptos is daunting to many people. It is often considered to be a boys club full of Lamborghini-obsessed, nouveau riche young men. People tend to see it as either techy and nerdy, or macho and wealth-obsessed. In short, many people think you either need to be a coder or a "Bitcoin bro" to get into cryptos.

While these obstacles exist and it serves no one to ignore them, there is far more going on underneath the surface of the crypto community that many people are not aware of. There is one often overlooked frontier where the weirder, more alternative crypto enthusiasts are lurking: the world of art and media, where creators are working to change the public image of cryptocurrency.

Some artists are staying true to the foundational philosophy of decentralization that underlies cryptocurrency, and are using crypto art as a way to resist artistic commodification and move money freely.

The Irish painter and performance artist, Kevin Abosch has created IAMAcoin, a token that can be exchanged for his artwork. Unlike money, IAMAcoin does not have an agreed upon value,

We come into the world like newly minted coins - perfect and priceless. Yet we are constantly being ascribed a value [...] This project consists of an edition of 100 physical works whose meaningful existence is predicated by the existence of the virtual works. Through my blood, a blockchain contract-address and ten million divisible crypto-tokens, the very nature of value shall be redefined. / Abosch's artist statement

Meanwhile, the DJ and producer Gramatik has created his own cryptocurrency based on the SingularDTV blockchain, which will be used to share his music and cut out middlemen such as "banks, labels, and distributors",

GRMTK payments will go straight to the artist almost instantaneously, while blockchain technology brings the EP to fans' [computers] / Kat Bein for Billboard

All this raises the question, though, of whether individual artists are too few in number to actually create a general-use cryptocurrency. Is artistic intent enough to separate creators from the countless business-like ICOs that surround them? Nevertheless, these artists undoubtedly remain faithful to the spirit of cryptocurrency and have begun to have a significant effect on the public perception of the crypto community.

Other creators have more practical goals. Cryptoart is an initiative by Troy Fearnow, an art dealer who commissions art that also serves as a paper crypto wallet. A paper wallet is simply a piece of paper (and often a tamper-proof seal) containing a wallet holder's private keys and addresses.

Paper wallets are in ways the most secure method of storing cryptocurrency, but not as popular or convenient as electronic wallets. Cryptocurrency is, after all, mainly traded online, and it is only natural that wallet apps would gain prominence.

Fearnow's initiative simply makes paper wallets more visually appealing to those who wouldn't otherwise be interested in the security aspects,

This is why Cryptoart comes with a tutorial. The idea is to give new users a painless bridge instead of making a big leap.

Unlike the other art discussed, Cryptoart isn't just the brainchild of one artist. The program includes many artists that Fearnow has invited to participate. Cryptoart may have the potential to scale in a way that individual artists' works can't. On the other hand, Cryptoart may be piggybacking on the success of the already popular Bitcoin, so Cryptoart is perhaps not quite as unique and idiosyncratic as GRMTK and IAMAcoin are.

Blockchain is ideal for tracking art, as it can serve as a highly interconnected database. In theory, it should be possible to use blockchain to determine a work's authenticity and origin and trace it to its owners and creators.

But in practice, this application seems to be very unreliable as of yet due to its novelty. Verisart, for example, is one blockchain that infamously misidentified the creator of the Mona Lisa,

A startup has certified my artwork & placed their verification on the bitcoin blockchain. Now art dealers & auctioneers can feel secure that I am the original artist. One small problem… I am not Leonardo da Vinci! / Terence Eden

Perhaps blockchain technology simply lags behind when it comes to authenticity and rights management. Perhaps the financial applications are simply too widespread and dominant. Consider the dark web, on which allegedly stolen artwork is sold for Bitcoin, and consider the strange case of a painting of a Maori chief.

The painting's bidders were savvy enough to use Bitcoin in order to keep their illegal purchase hidden. But they were not so savvy about art (they were willing to bid more than twice the painting's actual price), not to mention that the painting itself was a fake.

If the people handling stolen art are fundamentally uninterested in art authentication, it is hard to imagine how a blockchain would change that.

In the end, it was not even necessary to use blockchain to identify the painting as a fraud. The trained eye of the previous owner, Hamish Coney, was enough,

The picture is photoshopped into an antique frame. It is incorrectly proportioned and there are subtle things that only I know [...] The seller is also offering a $10 million jet. But there are no remotely similar jets missing. Go figure! / Hamish Coney as quoted in Wired

The art world has many novel ways to make use of blockchain technology and cryptocurrency. But whether the intent is to place value on one's own art, to disrupt the culture in the crypto community, to introduce cryptocurrency to new audiences, or to track authenticity, the art world will have to contend with a dominant force, namely, the several leading cryptocurrencies, such as Bitcoin, that already exist and the primarily business-minded intentions of the rest of the community.