The Case of the Artificially Inflated Crypto Volumes 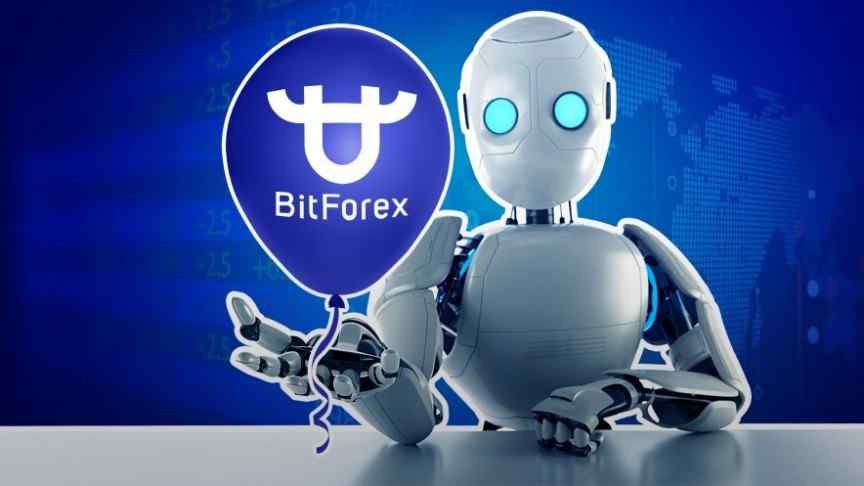 The Case of the Artificially Inflated Crypto Volumes

Crypto’s total trading volume will surpass U.S. Corporate Debt trading volume this year and is estimated to end the year at a whopping $7.3T, just shy of 10% of the U.S. Equity trading volume. This tremendous growth, which is expected to grow by at least 50% more through 2019, has been achieved in an unprecedented short amount of time.

While the impressive trading volumes are provable, whether they are achieved organically or through artificial and manipulative means is a question many are now asking. Recent investigative efforts strongly suggest that the “fake it till you make it” mantra has become emblematic of the multibillion-dollar boom in the transactional volume of crypto exchanges.

A recent report by the New York Attorney General revealed that crypto trading platforms have yet to implement serious efforts to impede abusive trading activity. Platforms were accused of failing to restrict or even monitor the operation of “bots” or automated algorithmic responsible for suspicious trading patterns that scream price manipulation.

The OAG further reported that several exchanges indulged in high levels of proprietary trading, an activity that can be attributed to the platform operators themselves. While Coinbase rebutted the claims made against them, two important terms were brought up following the discussion. First, wash trading - the practice of buying and selling the same asset repeatedly to exaggerate and overstate market activity. Second, trade mining - a rebate-like system wherein crypto exchanges reward their customers with the ability to mine native tokens of the exchange for merely placing trades. Trade mining is a hotly debated topic related to what proponents call incentives and critics see as manipulation.

Bloomberg’s investigative report accused BitForex of encouraging wash trading on their platform through trade mining, as users stood to make $1.20 in tokens per $1 spent on fees. This, however, is just the tip of the iceberg according to many industry experts. According to slippage research conducted by Sylvain Ribes, over $3 billion of the total crypto assets’ volume is fabricated. Ribes demonstrates how China’s OKex, Huobi, and Bibox have up to 93%, 82%, and 85% of their volume respectively propped up artificially.

Chinese exchanges seem to be the worst offenders, with a multitude of them having an identical user interface, trading engines, mobile apps, and sometimes even the same SSL certificate. A blockchain research report found highly outlandish numbers for “top 10 volume ranked exchanges” LBank and ZB, which both claim to have volume/unique visitor numbers over $214,000 and $74,000 per day, respectively. High liquid markets such as Bitfinex, Binance, and Coinbase fall between $5,000 and $8,500 per visitor per day. The report concludes that ZB appears to be wash trading their volume to over 390x as well as Lbank to over a staggering 4400x.

Another report found that liquidity remains highly concentrated among a small fraction of operators, with the top 20 exchanges accounting for over 75% of total crypto market trading volume. The suspect exchanges that display ridiculously high volume also display tremendously low social media activity and are facing accusations of wash trading by community traders. It is estimated that from the top 130 exchanges, over $6 billion in daily trade volume is being faked with over 67% of the daily volume being wash traded. Statistics also show that over 70% of the CoinMarketCap top 100 is likely engaging in wash trading by at least 3x their stated volume. Seemingly, this sort of fake pumping has been the go-to marketing strategy for new exchanges for a while now; up to 90% of referral volume from new and aspiring exchanges comes from ranking pages with up to 83% from CoinMarketCap alone.

Why Does This Matter?

There's nothing essentially illegal about achieving high trading volumes in non-organic ways. So why does it matter? Ethical concerns aside, these practices can prove to be detrimental by causing the snowball effect. Artificially inflated volume can deceive gullible investors who do not do due diligence, thereby drawing more clients. Sometimes, exchanges have a vested long-term interest in the prices of certain cryptocurrencies. OKex singlehandedly accounts for over 30% of Litecoin and Bitcoin Cash’s circulating volume, and can therefore clearly impact their valuation by pumping their volume. RaiBlocks (now Nano) was hit hard by Bitgrail’s scammy antics earlier this year - it had over 90% of its volume circulating on the exchange alone. Similarly, some exchanges might overstate volume for certain cryptos in the short run in lieu of payment. Most traders believe falsely that high volume equals low volatility, which helps currencies appear more appealing. Users can be misled and overvalue currencies after being duped by the regularly completing wash trade transactions in the upper part of the spread bracket. Besides coordinated price manipulation, such automated trading can also impair the speed or responsiveness of platforms.

If the natural market for cryptos on platforms is not as robust as they might lead on, it leads to another important issue worth addressing. Lack of availability of liquidity in crypto assets becomes a serious risk for customers. For that matter, any change in liquidity that is liable to happen without notice and at any time is scary, especially at times when liquidity is paramount - during market volatility or when one wants to cash out - users will be forced to hold their assets for weeks or months waiting for an increase in volume. A few exchanges have gained notoriety for not allowing users to cash out cryptos in fiat leaving users exasperated.

Operating in a market with such few regulations means the responsibility for ethical behavior rests upon each member of the community, which means the growth of the crypto market depends on traders' ability to self-regulate. Crypto traders, therefore, need to spread awareness and boycott exchanges that endorse such manipulative practices. Aggregators like CoinMarketCap and LiveCoinWatch should refrain from listing, or at the very least discount the inflated figures. Institutional investors would be wary of getting involved in the crypto market, and regulatory authorities will remain hostile as long as such fraud exists.

Issues of manipulation and artificially inflating prices and data intensifies the need to migrate from centralized to decentralized exchanges (DEXs). A DEX is built to operate in a trustless manner, much like cryptocurrencies, and use blockchain based smart contracts to facilitate trades between users. While there do exist a number of actively trading DEXs, they are light years behind centralized exchanges in terms of user interface/experience, usability, liquidity, speed, responsiveness and adoption. Therefore, the DEX volume only represents a tiny fraction of the total crypto volume. More investment needs to be made in the development of DEXs so that they can compete with the leading centralized exchanges.

Regulation is perhaps the most widely debated and divisive issue in the crypto community. Most would argue that the current state of crypto suggests that greater regulation is required amid the “failure of the free market”. After all, only heavily regulated American exchanges such as Bittrex and GDAX seem to be avoiding the illegal or unethical pitfalls. At the same time, regulation could be a slippery slope. Regulations shift the obligation of due diligence and knowledge from individuals to an entity. Thanks to a free, unregulated market, many newbie crypto investors with little or no prior knowledge in finance and investing were forced to learn fom experiencing the negative repercussions of their trades. Over-regulation might hinder this kind of learning. While it is prudent to welcome oversight and work with regulators to increase the health of the ecosystem, the crypto-revolution also necessitates strong and smart thinking humans. There is constant tension, then, between the need for oversight and the need to allow the market to learn and evolve.