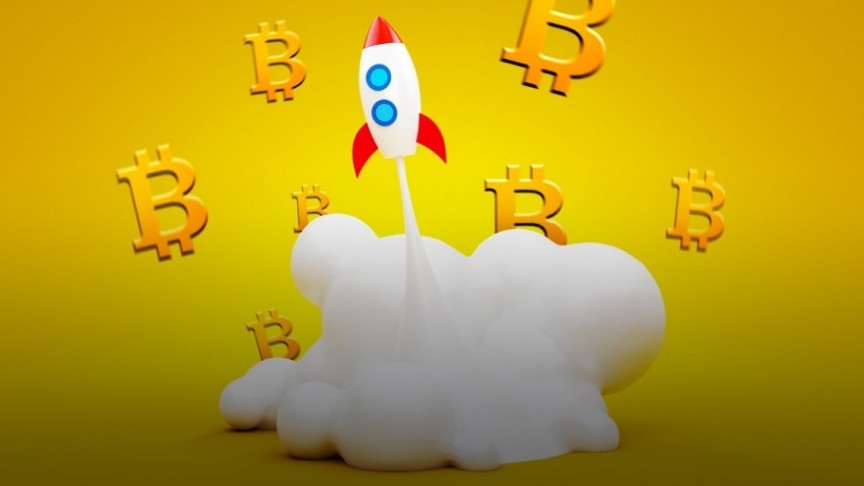 2020 is a rollercoaster year, and things look bad on all fronts. But, perhaps this "new normal" is exactly what the Bitcoin movement needs.

2020 isn’t an ordinary year. The world’s largest economies are struggling, citizens across the globe are bouncing from mass lockdowns to mass protests, unemployment rates are skyrocketing, and central banks are printing money faster than I can type the word “hyperinflation”. In fact, things have spiraled out of control so quickly, it is hard to tell if the Covid-19 pandemic is the root cause of our problems or just the catalyst for a powder-keg that has been brewing since the advent of Bitcoin itself.

If you’re a crypto-enthusiast, you are probably equally as worried as you are intrigued. The new state-of-the-world is unpredictable, and monetary systems are stretched as thin as ever. As traditional markets and assets implode amidst the financial pandemonium of 2020, BTC is looking pretty darn good, both as an investment and as a financial tool. Who wouldn’t want a financial tool that resists inflation? Or, a currency that cannot be mismanaged by any one central authority? Even as an investment asset, BTC has managed to keep its value relatively stable during the economic uncertainty that has become our “new normal”. Interestingly, as civil unrest is catalyzed by hard-fast pandemic protocols and a surge of protests, citizens are starting to lose faith in their governments, and it is not a stretch to imagine this same mistrust bleeding into the global network of fiat money?

I am not saying that the writing is on the wall, BTC still has a long way to go, but 2020 has given BTC an opportunity for adoption that hasn’t been seen since the 2008 Global Financial Crisis (GFC). Right now, more people and countries are turning to BTC than ever before. Let’s take a look at a few of the examples of how BTC is slipping into the wallets of everyday citizens in 2020, and examine a few of the new opportunities spurred by our current economic uncertainty.

This is a major milestone for digital currency in Australia and around the world. It proves that there are established businesses and organisations that want to learn about new technologies by doing, and not by blocking. - Bitcoin.com.au CEO, Holger Arians

In Australia, Bitcoin adoption just got a massive boost from an exciting new partnership between the Australian Postal Service and the country’s #1 Bitcoin exchange Bitcoin.com.au. Bitcoin.com.au’s new cryptocurrency service allows users to purchase BTC by visiting the company’s website to place an order between $5 and $50,000. After making the purchase, a BTC wallet address is generated for the user’s transactions. To remain compliant with regulations, the identity of the user is recorded and verified through the use of the Australian Postal Service’s ID infrastructure.

After the user’s identity is verified, they can then enter any one of the 3500 participating post offices to purchase their BTC in person through EFTPOS or with cash. After purchase, the user will receive their funds almost instantaneously, and Bitcoin.com.au sends through an email confirmation allowing users to view their transaction on the blockchain. The process is safe, secure, and tangible, lending new BTC users a sense of credibility far beyond the grey market that we have come to associate with cryptocurrency transactions.

A Boost From Visa:

Bitcoin is getting some serious exposure through a very unlikely place - the Visa payment network. Fold, a San-Francisco based startup, is joining forces with Visa to offer consumers a new co-branded Visa debit card. The card will work much like any other co-branded rewards card, but instead of offering loyalty points or cash rewards, the card promises to reward users with BTC - up to a whopping 10% back on purchases.

People are not interested in spending bitcoin right now, but are interested in accumulating it […] If people don’t understand bitcoin as money yet, they certainly will understand it as a better reward. - Fold Chief Executive, Will Reeves

The new card will bring traditional consumers closer to Bitcoin, and Fold isn’t stopping there. The company plans on making it easy for users to redeem their BTC for gift-cards in-house via Fold’s service suite. Thanks to this new endeavor, everyday credit card users will now hold BTC and presumably transact with it via Fold’s services. That means more liquidity, more volume, and more adoption for the Bitcoin network.

PayPal and Venmo Want In On The Action

Visa isn’t the only payment network to dip its greedy toes in the crypto-pool. Online payment behemoth PayPal is reportedly planning on offering users direct crypto buying and selling services through both the PayPal and Venmo service suites. If you’re wondering, this new buy/sell service will reach nearly 325 million users, effectively turning PayPal into one of the largest crypto exchanges in the world.

While direct confirmation from PayPal is yet to be sourced, reputable sources within the industry have been quoted in a recent interview with CoinDesk, stating:

My understanding is that they are going to allow buys and sells of crypto directly from PayPal and Venmo. They are going to have some sort of a built-in wallet functionality so you can store it there, and the service could roll out within the next 3 months, maybe sooner.

While the news is still fresh and unconfirmed, the rumor is backed by PayPal’s job listings advertising for a “crypto engineer”. The job description calls for a position that will be responsible for “new initiatives for PayPal global with a focus on agility, time-to-market, and innovation” as well as a blockchain research engineer to work within the company’s newly formed research group.

Even Banks Are Helping the Cause

According to a recent report by Grayscale, Bitcoin could see a push as central banks begin developing their own digital currencies. According to Grayscale, these new digital currencies will open the door for Bitcoin adoption by providing the underlying infrastructure and education needed to support a new wave of BTC users. In the following excerpt from the report, we can see how Grayscale views the issuance of Central Bank Digital Currencies as a catalyst for Bitcoin adoption:

CBDCs are a popular subject of analysis, particularly as the People’s Bank of China gears up to launch their CBDC in 2020 and as legacy banking infrastructure hinders stimulus distribution in the wake of the COVID-19 pandemic. CBDCs have the potential to streamline payments, but may compete with commercial banking, further politicize financial services, and fail to gain widespread adoption. {...} If CBDCs are successfully launched, the infrastructure and education that would accompany the use of these bearer assets could serve as a gateway for further adoption of Bitcoin and other digital currencies. Moving fiat currencies to digital infrastructure would highlight that Bitcoin is special not because it is digital, but because Bitcoin is a scarce, uncompromising, apolitical currency that is open for anyone to use.- Greyscale Insights, Phil Bonello

Central Bank Digital Currencies (CBDCs) have become a hot topic as scientists have discovered that physical cash can spread Covid-19. As a result, China has already started preliminary tests of a digital Yuan, and we are likely to see other nations follow suit (Like the US). Should the digital currency race take off, consumers are likely to be forced to understand how digital currencies work, what the benefits are, and of course, where the concept came from. Assuming all things are equal, it is easy to imagine consumers recognizing the benefits of the original digital currency, Bitcoin, when compared to the restrictions and fundamental problems with centrally-issued digital currencies.

With new opportunities arising every day for Bitcoin adoption, it is easy to see how this time of uncertainty could be just what the Bitcoin community needs to pick-up steam. Whether it is the credibility of a currency not tied to any one single failing economy, the safety offered from a purely digital medium-of-exchange, or the fact that more and more payment operators are recognizing that there is money to be made by providing consumers with the means to obtain BTC, 2020’s powder keg of unfortunate events might just push people closer to BTC than ever before.