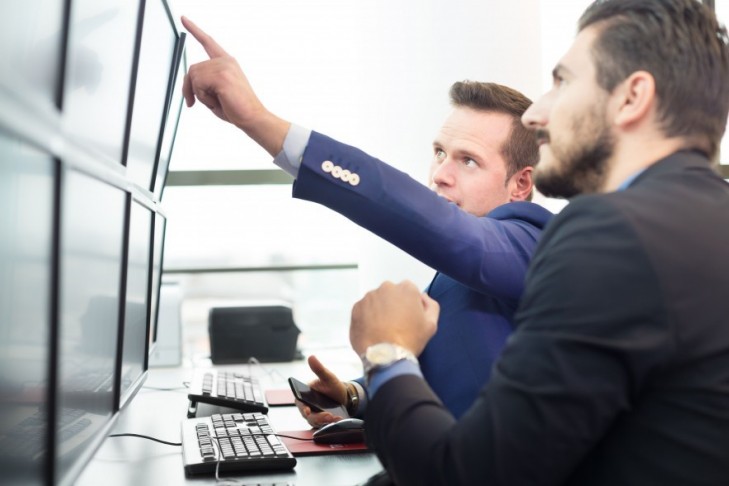 WAVES led the market with a 43% gain as STRAT posted a 20% win but Japanese-focused MIN was the biggest winner on the week.

The WAVES cryptocurrency was one of the top performers on the week with a 43% gain. The move higher is in contrast to a disappointing year for the coin which saw a big rally in December last year but has failed to hold the gains. After moving from $1.25 to $4.75 in a three week period the coin has drifted lower all year and is ranked at number 53 in the list of coins with a market cap of $83 million.

The enterprise arm of WAVES was named Vostok and the project is based in Russia but has since been renamed to Waves Enterprise. In a recent development update it was announced that the company was shutting its decentralized exchange and would resume operating as a hybrid exchange. This follows the shutdown of a competitor exchange Cryptobridge which blamed regulations and tough trading conditions due to competition in the DEX arena. Binance and Poloniex both made moves into decentralized exchanges this year and smaller names are finding it hard to stay relevant.

The move this week in WAVES should see the coin making an advance to the $1.00 level soon and from there it will remain to be seen if the coin can get back to the heights of a year ago. The all-time high is actually around $18.00 which was set in the bull market of late-2017.

Stratis was another strong mover this week with a 20% gain which sees the project ranked at 96 in the list of coins with a value of $36 million. Stratis markets itself as a Blockchain as a Service (BaaS) platform and developers can run Stratis nodes via the Microsoft Azure cloud platform. Stratis has been running a smart contract competition which closes on December 16.

Stratis pointed to recent research that indicates blockchain can bring big cost-savings to supply chain firms. A study predicted that blockchain implementation could bring $450 billion of savings in logistics costs. Another research report said the food industry alone would save $31 billion alone. This is due to the adoption by large retailers such as Walmart who have developed food tracking solutions for their supplier firms.

The move in STRAT sees the coin trading at $0.359 and like Waves, this is another coin that has seen steady losses after trading at a high of around $1.40 this year. Initial resistance is at the $0.500 level.

Algorand is planning to upgrade to a new version 2.0.2 today. The aim of the upgrade changes the length of the upgrade-required window from 10,000 blocks to 140,000 blocks and will extend the time for node upgrades from 12 hours to seven days.  Binance will be supporting the upgrade and have suspended ALGO deposits and withdrawals until the process is complete. The v2.0 upgrade expanded the range of decentralized applications that can be built on the platform.

The price of ALGO has been moving in a channel after selling off from highs near $0.85 in the summer of this year. Resistance for the coin will come in at the top of the channel which is around $0.3200. The market cap for the project is $123 million and sees the coin ranked at number 42.

The biggest mover this week with an advance of 112% was Mindol (MIN). The move sees the coin blast into the top 20 with a market cap of $740 million. Mindol trades around the $4.00 level and the project is focused on supporting content across Japanese anime and manga games and tv. The goal is to let content creators monetize their works using the MIN token. The domestic market for such content is estimated at $100 billion. The Mindol development team is currently based in Hong Kong and the coin has traded since April of this year.

The crypto market was mostly lower on the week as Bitcoin’s 4.7% loss for the week dragged on prices. The total market cap of the cryptocurrency is $200 billion and BTC accounts for 66% of that number. Despite a disappointing few months, BTC is still on course to post a positive return for the year and a gain of around 100%. The arrival of institutional investors has failed to materially affect prices so far and part of this is due to continued record high levels for stock markets which means there is less appetite for alternative investments or safe havens. The market needs to rally above the $8,000 level to avoid posting further losses into the year-end.