What Prevents Mainstream Adoption of Cryptocurrency? 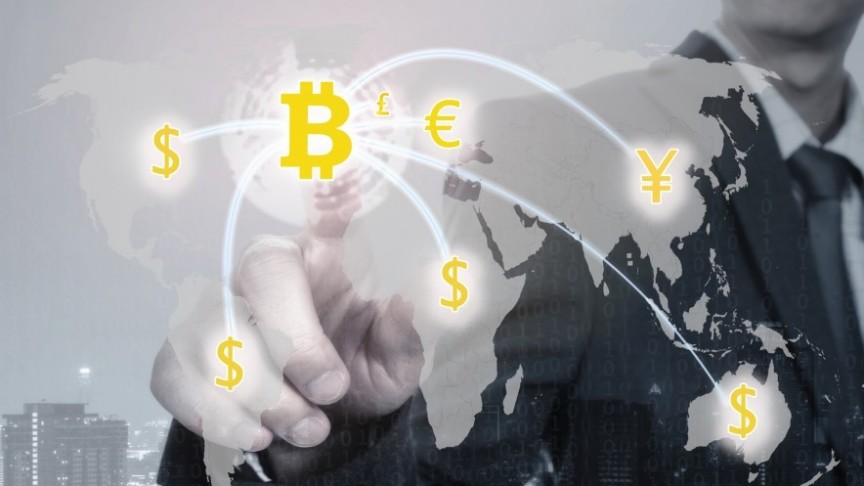 What Prevents Mainstream Adoption of Cryptocurrency?

Cryptocurrencies are revolutionary, yet numerous factors hold them from mass adoption. What would be the killer app to change this reality?

It has been a decade since Bitcoin’s inception. Since then, cryptocurrencies have grown to become a whole industry and a plethora of different blockchain-based applications have been discovered. While this growth is rapid, cryptocurrencies are still far from mass adoption.

Bitcoin, which was initially created as an alternative payment method, has supposedly turned into what its proponents consider a great store of value. However, although Bitcoin is often compared to gold, less than 28 million wallets hold only a fraction of Bitcoin (BTC). Likewise, Ripple (XRP) was set to transform the banking system and revolutionize remittance and cross-border payments. Still, only a few banks have looked into implementing Ripple’s blockchain to their infrastructure. But not only cryptocurrencies are being shunned away by the mainstream; blockchain technology itself, despite being extensively explored by several industries, has only seen small steps in real-life use cases thus far.

What follows is an overview of the main factors that prevent cryptos from being accepted by the masses as a medium of exchange or tokens that, in turn, trigger functions in blockchain-based projects. Price stability, transaction speed and capacity, lack of regulations, to name a few, are all factors that keep the digital assets narrowed to a subset of enthusiasts. The future, however, is not so bleak. Later on, we will look at how the current crypto reality might change in the near future.

Cryptocurrencies are not user-friendly

Decentralization, circumventing banks and other intermediaries, no need to rely on a third-party, surely seem like very attractive selling points for cryptocurrencies; but these are not necessarily enough.

To a great extent, the source of the problem is that cryptocurrencies are not yet suitable for those who are not tech savvy. The vast majority of people worldwide would not be able to explain what Bitcoin is, nor how it works. It is likely that many feel more comfortable with the existing system of trusting a bank or some other central authority that is perceived as reliable and knowledgeable. Cryptocurrencies are suitable for tech-savvy people that fully understand the importance of digital security and how to effectively apply it. For those who do not, it might be too big of a hurdle.

If funds are lost or stolen they're gone forever

In highly regulated environment depositors usually feel safe from theft or loss as their money is, at least to some extent, insured and protected. The cryptocurrency environment, on the other hand, is based on a trustless system. Although large hodlers would often prefer to use a third-party custodian (e.g. Xapo) to securely keep their assets, transactions are irreversible and funds would always be exposed to malicious attackers and once lost, would be lost forever. Of course, countless news of hacks and frauds do not work to appease concerned users who are on the fence about joining this financial sphere.

Cryptocurrencies, with Bitcoin being the pack leader, has on more than one occasion proved inadequate to deal with the increasing demand. Subsequently, transaction fees became increasingly expensive, laying inconvenient micropayments. Moreover, transaction confirmation times have, in some cases, expanded significantly, taking from hours to days for a payment to go through. Moreover, given that digital currencies are subject to speculation and extreme volatility, merchants are hesitant to accept them as a payment method. On the same grounds, many consider it more sensible to make payments with traditional methods while holding on to their crypto assets, hoping to profit from their price appreciation.

Cross-border payments are faster in cryptocurrencies, but their transactional capacity is much lower compared to traditional payment methods like VISA or Mastercard. While the advent of off-chain solutions like the Lightning Network might change this status, Bitcoin can currently handle about four transactions per second, which is very poor against VISA’s 56,000.

Bitcoin is a Bubble

Price stability is essential for the massive adoption of cryptos. Many industry experts believe that cryptocurrencies are still in their infancy and that the landscape will undergo a correction period, after which only the really valuable projects will survive. On the other hand, naysayers insist that Bitcoin (and altcoins) is a bubble waiting to burst and it will never get widely adopted, as it is only backed by a puff of air. Perhaps ironically, the same argument often pertains to fiat money as well.

Many believe that the most determinant parameter for the mass adoption of cryptocurrencies will be when a vital (in terms of usability), blockchain-based solution comes to fruition. Whether this will be a convenient payment method, or a private blockchain that will store tamper-free medical records, the “killer app” to address a real-life issue is essential. Moreover, it would have to come with a user-friendly interface, easily accessible by the average Joe, and eliminate the complexity that is currently plaguing blockchain applications.

Many people believe that large corporations and financial institutions will be the best advocates for cryptocurrencies, once they enter the market. being able to pay in cryptos for groceries at Tesco, or for gas at Shell, would add credibility and usability to the digital currencies. Corporations could give a great boost towards the mass adoption, however, in their current state, cryptocurrencies are not a convenient transactional tool and companies like Stripe and Expedia that previously accepted Bitcoin went to abandon this option.

Governmental recognition surrounded by a regulated environment could be an even stronger influencing parameter. Thus far, only internationally sanctioned countries have tried to use native cryptocurrencies as a way to bypass restrictions and conduct business.

While there are more factors that could determine the widespread adoption of cryptocurrencies, these might just be the most realistic ones. Opinions vary about whether we are close to this mass adoption or not, but it seems safe to assume that it will happen at some point. Different use cases are discovered every month and new, unexplored paths could be identified with the advent of side-chain scaling solutions. It shouldn't be a surprise though if underdeveloped countries would be the pioneers towards this mass adoption.