Will NEO Turn Out to Be the ‘Ethereum Killer’ After All? 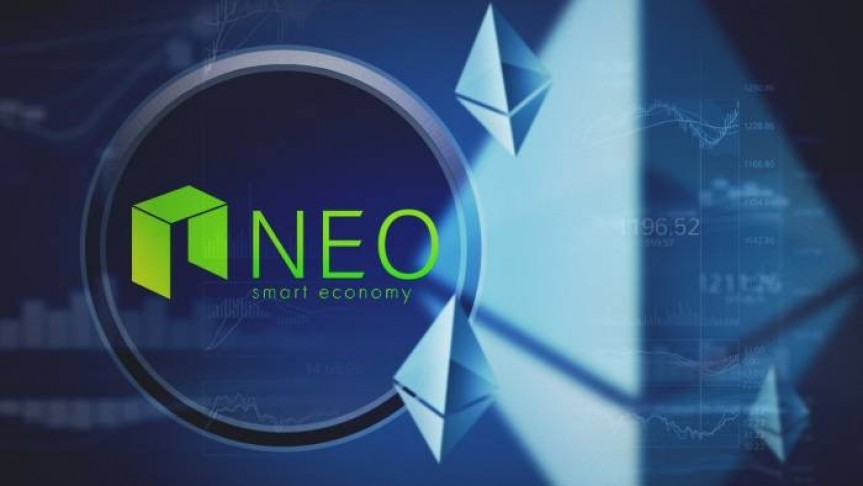 Will NEO Turn Out to Be the ‘Ethereum Killer’ After All?

As decentralized app platform NEO continues on its mission to build a smart economy, will it successfully overthrow Ethereum in the process?

In the two years since its initial coin offering, Ethereum has quickly risen in popularity and market cap to solidify its position as the second most valuable cryptocurrency. It was the first platform dedicated to hosting decentralized applications and smart contracts, making it revolutionary upon its inception. Since then though, a number of alternatives have proposed improvements to the Ethereum concept. Of all the competitors currently on the market, NEO may be the one that makes the strongest case for itself as the project that will eventually supersede Ethereum at its own game.

Originally launched under the name ‘AntShares’ in 2014, NEO was rebranded in June 2017 after two major fundraising rounds. Due to its origins in Southeast Asia, NEO is also sometimes referred to as the Chinese Ethereum. Whether because of, or despite, the comparison, the project did extremely well in its initial years. Over two initial coin offerings, the platform had raised an approximate total of $5 million by 2016.

On the surface, NEO shares many similarities with Ethereum. Both blockchains share the same selling points, namely, the ability to facilitate the development of any number of decentralized applications and smart contracts on its blockchain. However, NEO, being a newer competitor, claims to bring several additional quality-of-life features to the table, while also improving upon certain aspects of Ethereum's user experience.

Chief among those improvements is blockchain scalability, which has long been a controversial topic among cryptocurrency enthusiasts, particularly surrounding Ethereum. NEO’s developers realized early on that it would be impractical to use Bitcoin’s proof-of-work consensus protocol due to its inefficient nature. In its place, the team proposed that the platform employ the Delegated Byzantine Fault Tolerance (dBFT) consensus mechanism. Adopting this protocol allows NEO to boast as many as 10,000 transactions per second while not charging any transaction fee whatsoever.

Delegated Byzantine Fault Tolerance allows NEO to be a lot more scalable than Ethereum, which is limited to only a handful of transactions each second and suffers from surging fees every time the network is congested. A more detailed technical description of the dBFT algorithm can be found in its whitepaper published by NEO.

The main focus of the NEO platform is to build a fully decentralized ‘smart economy’, which can be achieved by combining digital assets and identity with smart contracts. It allows any real-world asset to be digitized and represented on the NEO blockchain. Next, the asset can be traded between users under specific terms with the help of a smart contract. A NEO smart contract, unlike a regular one, allows users to program specific conditions before the trade is instantaneously executed.

NEO’s support of digital identity also puts it at an advantage over other similar platforms. While conventional blockchains typically do not tie users to any form of verifiable identity beyond their wallet addresses, NEO chooses to do the opposite. Individuals, organizations, and even governments can all have their own digital identity on the platform. As a result, participants in a smart contract can verify each others’ legitimacy before accepting the terms.

The identity aspect of the NEO blockchain also allows it to be far more regulation-friendly than other rival smart contracts. Most crypto-related trades are often shrouded in uncertainty and anonymity, two traits that governments typically tend to be cautious about. In the event that a party abuses a smart contract intentionally, they can be identified and taken to court.

NEO is also programmable in numerous coding languages. Smart contracts on the NEO blockchain can be programmed in almost any major programming language, including C#, Python, Kotlin, and Go. Ethereum, on the other hand, uses its own programming language Solidity, for the same purpose. While not a major shortcoming for Ethereum, NEO offers developers more choice.

So, Will NEO Replace Ethereum?

Despite all these advantages, it is not immediately apparent whether or not NEO has the potential to dethrone Ethereum as the de facto Dapp platform. On paper, it boasts a number of unique features that make it far more practical for large-scale use. As a result, NEO is uniquely poised to seize control of the DApp and smart contract market as it has very few other competitors. This is especially true as EOS, another such competing platform, has been recently mired in controversy over questionable decisions made by its foundation.

NEO has had the benefit of remaining relatively controversy-free and its team has made many good decisions. However, questions regarding the extent to which it is decentralized still persist as almost the entirety of NEO’s development cycle has involved venturing into uncharted territory. Given its relative immaturity, the project may still have a long way to go before it can demand the kind of attention that Ethereum already does. Furthermore, even if a ‘flippening’ never occurs, both platforms can coexist, catering to different audiences and use-cases.