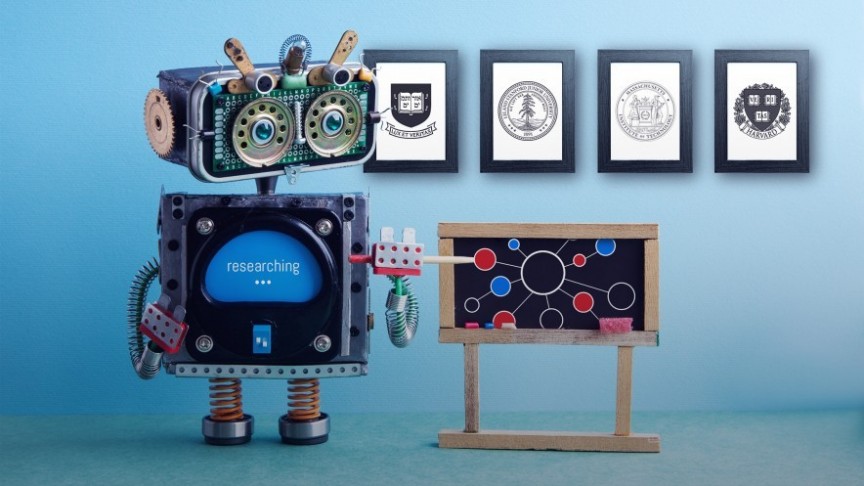 Academia has made many contributions to crypto, but its efforts are often unrecognized. What are some of academia's most important projects?

Over the past decade, the most visible forces behind cryptocurrency have been community members and independent developers. At one extreme, projects like Monero are almost entirely the product of community efforts, with no official organization attached. Even projects like Bitcoin, which have had giant companies grow around them, are largely community-based.

At the other end of the spectrum, projects like Ripple are notable due to the fact that they have been primarily developed by a company or corporation. Yet there is another driving force that is rarely recognized: academia. University research labs have very actively contributed to blockchain projects over the last few years. So, what has the academic world been up to?

MIT and the DCI

MIT's Digital Currency Initiative, or the DCI, has contributed to a number of interesting projects since it was launched in 2015. In association with the MIT Media Lab, the DCI has created several minor but enticing projects, such as a Bitcoin-based blockchain vending machine and a blockchain music rights program. It has also published its more technical work elsewhere.

However, the DCI's main claim to fame is its close association with the Lightning Network, a second-layer payment protocol compatible with Bitcoin and Litecoin. One individual—Thaddeus Dryja—is both the co-creator of Lightning and a member of the DCI. The research group has also developed Lit, a lightweight Lightning node that is easy to operate.

The DCI's image is not untarnished: in 2018, leaked emails between the DCI and IOTA revealed an alleged vulnerability in IOTA's hash function, Curl. Although IOTA eventually replaced Curl with another function, the conflict quickly became heated, and insults, legal threats, and accusations of academic fraud were exchanged. Which group came out on top is debatable, but both IOTA and the DCI have maintained most of their dignity.

Stanford and the CBR

Stanford is another major institution with a blockchain lab. Although Stanford University's Center for Blockchain Research (CBR) was founded just last year, current members have published research prior to the group's foundation. One of the CBR's claims to fame is the creation of bulletproofs, which have been adopted by Monero to improve transaction costs and speed.

However, the CBR's most notable contribution to blockchain is undoubtedly Stellar's consensus protocol. The protocol was originally introduced in a 2015 paper by CBR leader David Mazières, who developed the project further in 2018 as part of a team. Mazières also serves as Stellar's chief scientist, meaning that the CBR is still somewhat associated with Stellar.

Cornell University, along with a number of other institutions, leads the Initiative for Cryptocurrencies & Contracts, or IC3. Although IC3's contributions are slightly less significant than those of other groups, its projects have nevertheless spread far and wide.

IC3's best-known project may be HoneyBadgerBFT, a consensus protocol which is under consideration by NEO's development community, and which has already been implemented on an Ethereum sidechain. The group also developed Bitcoin-NG, a next-gen blockchain protocol that has been used as the basis of Waves and Aeternity.

Another important IC3 project is Hydra, an Ethereum contract framework that aims to incentivize bug reporting. The group has also developed a blockchain data feed system called Town Crier, which was recently acquired by the prominent oracle network Chainlink.

Academic institutions have made impressive contributions to the blockchain world and have enabled major platforms to advance their goals. Although academia has not single-handedly developed a top cryptocurrency or blockchain platform, its efforts have benefited big names like the Lightning Network, Monero, and Stellar.

Furthermore, the research labs discussed above are just the most significant ones. Many others exist: Dash has funded a research lab at the University of Arizona, which is now working on the coin's development. Meanwhile, Cardano is working closely with the University of Edinburgh to create another blockchain lab.

University research bodies are, to a great extent, the unsung heroes of the crypto world, and they will undoubtedly provide many more breakthroughs in the future. Interestingly, an NPO is recruiting top professors to create a new altcoin called Unit-e, meaning that academia could directly break into the crypto market quite soon.