Augur: The Technology behind the First Decentralized Prediction Markets Platform 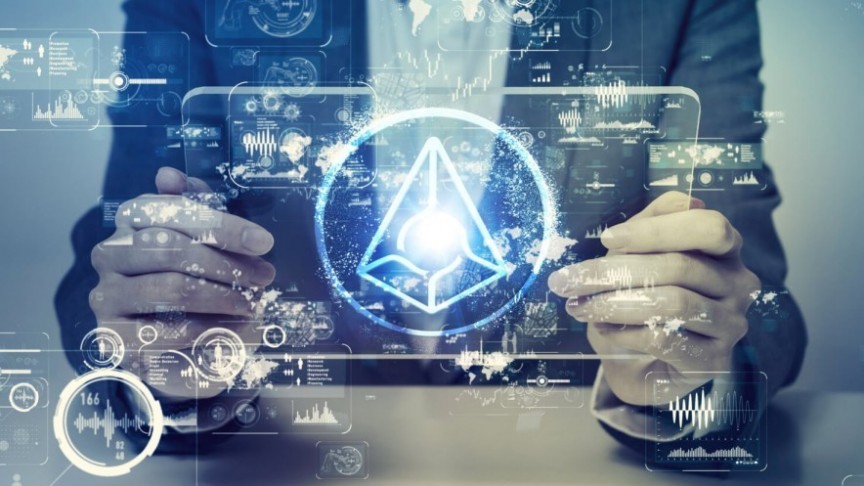 Augur: The Technology behind the First Decentralized Prediction Markets Platform

The second part of this Augur series reviews the workings of a platform that became one of Ethereum's most successful Dapps after only 24 hours.

Additional reporting for this piece was contributed by Chris Madill.

To recall, in our last article we talked about Augur’s theoretical, philosophical and historical roots. This time, we will look at Augur's technical infrastructure.

Augur, you remember, allows users to bet on any event that has an empirical outcome. What differentiates Augur’s services from traditional prediction markets is the lack of an intermediary party between the betting parties. Instead, Augur leverages the Ethereum blockchain’s smart contract protocols to provide users with low-cost, objective betting services that are not under the jurisdiction of a governing body.

Augur also boasts one of the top 10 transactions volume on the Ethereum blockchain, marking the Dapp as one of the most successful application launches to date.

Augur allows users to purchase and trade shares in the outcome of events with the market price of the share being an estimate of the probability of an event actually taking place. The prices of each share add up to 1$, so if one buys a share at even odds it would cost 50 cents and if one ends up being right, he receives a dollar for that share. That way the Augur oracle is an intuitive prediction model that allows datasets to easily be moved from the real world to the blockchain.

This takes place in a four-stage progression of market creation, outcome shares trading, reporting and settlement. In the end of a market's life-cycle, the people who bet on the right outcome win some money, while the people who bet wrong lose everything they staked, and the middlemen (market creators and reporters) who manage and resolve the markets take a cut.

Augur supports 3 kinds of prediction markets: binary (yes/no), scalar (range of values) and categorical (single, concrete choice). That allows for articulating every possible market in line with Augur's goal to develop into a system of complete markets.

REP (Reputation), Augur's native platform token, is a utility token and a layer 2 crypto asset used by market creators and reporters. In Augur, REP holders are service providers (like miners in Proof of Work blockchains) and REP is a use-it-or-lose-it token that incentivizes users to create clearly articulated markets and accurately report on their outcomes, compensated with fees for the services they provide. Those reporting correct results share the tokens of those that report incorrectly (market shares are ERC-20 tokens).

Reporters are incentivized to report honestly since they put their Reputation at stake. When REP holders report on an event an amount of that REP is stored in the event smart contract and when the reporting period is over and a consensus on the outcome is generated, the contract automatically redistributes the REP tokens in the market to the involved participants.

Every market and REP token belong to a Universe. At first, Augur will launch with only a Genesis Universe, but in the rare event of a fork where REP holders post progressively larger bonds to dispute an outcome, if these bonds reach a certain threshold, Reputation may split into multiple accounts of Child Universe outcomes and REP holders must migrate their tokens to one of the versions (for example, if it is a binary market, the outcome Universes can be three – yes, no or invalid). This forking feature of the REP token poses some difficulties for exchanges to integrate REP, which is why Binance listed it only recently.

The Parent Universe is locked during dispute resolution, freezing the creation of new markets until the Fork Phase concludes. By the time the dispute resolves, tokens not corresponding to the real-world outcomes would become worthless as nobody will participate in prediction markets unless certain they can resolve correctly.

MakerDAO has also listed REP to be included as a collateral asset on their stability engine.

Augur offers a smooth and intuitive user interface allowing casual and experienced traders to speculate on all kinds of possible world events. The Augur UI has been worked out by the designers who created the original Intrade interface. There is also planned support for Bitcoin compatibility as a sidechain (which had initially been the idea before moving to Ethereum).

One can test the platform by getting ETH from the Rinkeby faucet and then in the Augur UI going to "Account" and REP Faucet to change ETH for REP via MetaMask.

Augur is seen as one of the Ethereum potential "killer apps" that could facilitate the adoption of the technology in other areas as well and if Augur gains traction it could have a significant impact on the valuation of ETH and end up having more on-chain traffic and daily active users than any other Ethereum DApp.

However, this brings again the scalability issues to the forefront (which Ethereum is busy working out), since the network might prove unable to effectively sustain that much activity and transaction throughput, driving gas fees consistently higher; creating a market on Augur is currently estimated at around 3 million gas and the Augur community have accordingly curbed expectations telling people to expect things to be expensive at the beginning (gas estimates can be calculated here).

Augur could prove to be a very powerful tool for hedging against almost any type of risk and allow companies to save costs by using Augur rather than contracting forecast and analytics firms. It could also afford a form of liquidity for assets with low liquidity, a shorting mechanism and a meta-tool for distilling all kinds of domain-specific information on a global scale. Insider knowledge could circulate into the public domain due to the price of the respective event outcome and the possibility of the price itself causing the event (since whistleblowers could also get paid anonymously).

The kind of prediction market Augur is unleashing could also potentially eliminate biased prediction data from the Internet, efficiently filter out the noise and misinformation, since market participants are strongly motivated to gather and process valid and accurate information when they define their markets or stake their bets.

The forecasting accuracy of prediction markets can realistically help researchers, businesses, institutions and other organizations to better prepare for the future.

An issue that is sometimes brought up in relation to prediction markets is so-called assassination markets (also known as assassination politics, a term popularized by Jim Bell's essay). An assassination market is a prediction market where anyone can place a wager on the date of death of a given individual (usually a political figure) and collect a payoff if they "predict" the date correctly. This could incentivize assassination of individuals since the assassin, knowing when the event would take place, could profit by making an accurate bet on the time of the subject's death. Because the payoff is for accurately picking the date rather than performing the action it is substantially more difficult to assign criminal liability.

Since prediction markets could that way be utilized to essentially crowdfund murder and plant the seeds of a mechanism that escalate into something potentially bringing down centralized governments (according to proponents of the idea), reporters in Augur can flag unethical markets (now grouped together with indeterminate ones as "invalid").

While the project’s initial success is reflected in the numbers reported by DappRadar, Augur is still experiencing growing pains during its release. Many users have reported the UX to be painstakingly slow and have found the Dapp to provide little responsiveness during times of high traffic. Still, the majority of the Augur community remain optimistic of the Dapp’s potential, and largely believe Augur will scale alongside the Ethereum blockchain,

Today, Augur is hard to use, slow, and costly. Its success will ride not only on the hard work, tenacity and vision of its developers and community but on broader infrastructure improvements like sharding, stablecoins, and offchain exchange (0x) / Ben Davidow, Editor of Sunrise Over The Merkle Trees

As with Intrade, Augur is in the legal gray area and has some regulatory risks associated with it. Although Augur could prove to be one of the applications which give blockchain the most exposure and facilitate adoption, the regulatory landscape could have an impact on REP more than it does for other crypto assets and users (market creators and REP holders in general) are expected to themselves bear the responsibility of conforming to the laws of their given jurisdictions.

Joey Krug, one of the co-founders of Augur has joined Pantera Capital (one of the largest crypto hedge funds in the US) as a Co-Chief Investment Officer since completing the back-end development of Augur with the intention of providing liquidity on the Augur platform.

The final version of the Augur app was released on the July 10, after all the REP was migrated to the new contract. To run it, one must point to a public Ethereum node (usually https://mainnet.infura.io/augur) and open the UI that runs a local, synced Augur node in a browser with MetaMask on. Augur node is required to interact with the Augur smart contract and there are no public Augur nodes out of considerations that in some jurisdictions that may be construed as facilitating the exchange of unregulated assets.

In the future, oracles like Oraclize.it, Town Crier and Smartcontracts.com (ChainLink) will be built in the UI as first resolver options (using the reporting system as a backstop) to allow for quicker market resolution and off-chain trading would be supported via the 0x protocol.