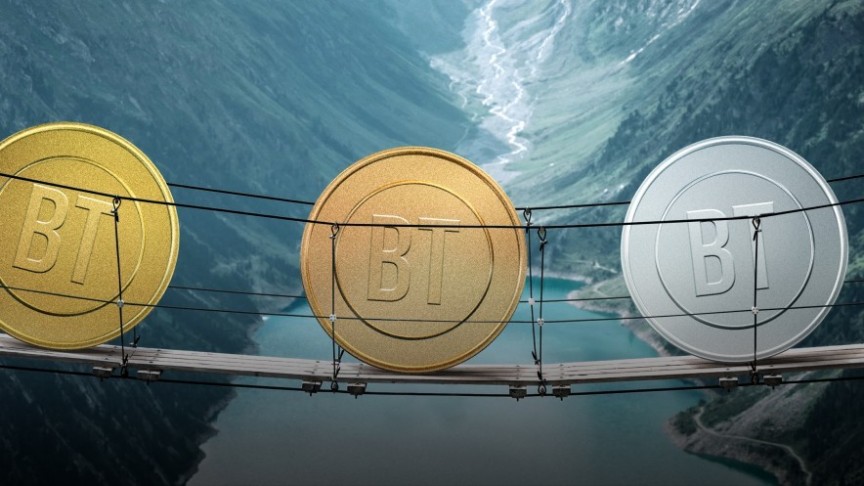 Bitcoin is the world's biggest cryptocurrency, but it has plenty of limitations. How can bridge tokens solve that problem?

Bitcoin is the world's largest and most popular cryptocurrency. However, it is far from perfect. For one thing, Bitcoin has high fees, low transaction speeds, and is generally inefficient. Furthermore, Bitcoin has little support for Ethereum-style smart contracts or any other activity that goes beyond very basic transactions.

Bridge tokens offer a solution. These allow you to lock up your Bitcoin. In return, you'll receive a token that allows you to use apps and features on another blockchain while maintaining price parity with BTC. Or, if you receive a bridge token, you can redeem it for regular Bitcoin, which is the token's true source of value.

Wrapped BTC allows you to use Bitcoin with Ethereum DeFi apps. To obtain WBTC, you can store your Bitcoin with a crypto custodian called BitGo or buy WBTC on an exchange. Then, you can use WBTC with select apps such as Kyber (a token swap), Nuo (a lending platform), or bZx (a margin trading platform).

Though WBTC contains just a small fraction of Bitcoin's entire market cap, it is the largest wrapped Bitcoin token on the market. Since it went live in October 2018, WBTC has achieved a market cap of 1000 BTC ($7 million) and a daily volume of $50,000. It is a top 350 cryptocurrency by market cap, making it a general success.

Thesis is an upcoming bridge token that allows Bitcoin to be used on Ethereum. It relies on Keep Network, a trustless custodial system. This means that you will not need to trust a single company like BitGo to hold your Bitcoin deposit. Instead, your Bitcoin will be stored in a contract that only you have access to.

In April, Thesis announced that it had raised $7.7 million in private funding. Though the company has not yet launched tBTC, CEO and founder Matt Luonguo has suggested that the coin will go live in "weeks, not months." It is hard to say how much attention Thesis will get, but it appears to be fairly promising.

Liquid BTC is a wrapped token that puts Bitcoin on Blockstream's Liquid Network. This allows Bitcoin holders to take advantage of all the features of Liquid Network―such as private transactions, faster settlement times, a fully audited token supply, and a miner-less network powered by a federated group of nodes.

It should be noted that the Liquid Network is mainly aimed at large-scale users such as exchange operators and institutional investors. The documentation warns general users not to acquire L-BTC unless they know that a Liquid member is willing to cash it out; L-BTC cannot be sold for Bitcoin on most cryptocurrency exchanges.

Bitcoin Association Switzerland (BAS) has launched a bridge token called tzBTC. This token will allow developers to combine Bitcoin's liquidity and brand identity with Tezos' programmable smart contracts. Currently, there is 1 BTC (~$7000) worth of tzBTC in circulation, though it is not clear if any applications support it.

BAS will oversee and operate the project, while four Swiss firms will serve as custodians or "keyholders" by holding Bitcoin and issuing tzBTC. Funds managed by keyholders will be controlled by multisig accounts, which will ensure that no single member can withdraw or use funds. Other firms will assist by serving as "gatekeepers."

RBTC puts Bitcoin on RSK, which is a sidechain designed to add programmability and smart contracts to Bitcoin. Though RBTC is meant to be used with RSK-based apps, the project announced this February that it has added a bridge to Ethereum, which adds another level of cross-platform support to the RSK network.

RBTC tokens are managed by a federation of reputable community members, meaning that you must trust them if you deposit Bitcoin and receive RBTC. Alternatively, you can simply buy RBTC from an exchange. RBTC is currently the 800th largest cryptocurrency, with a market cap of $1.1 million and a daily volume of $230,000.

Bridge tokens have plenty of promise, and a few have managed to gain modest traction among developers. These coins have achieved their goal of combining Bitcoin's generally high value with the flexibility found in other blockchains. Furthermore, wrapped tokens offer many technical possibilities that have not been outlined here.

Unfortunately, bridge tokens are not fully streamlined or easy to use right now. The process of issuing and obtaining bridge tokens is a multi-step process, and many apps will support major cryptocurrencies before they support bridge tokens. For most crypto users, owning both Bitcoin and Ethereum is sufficient at the moment.