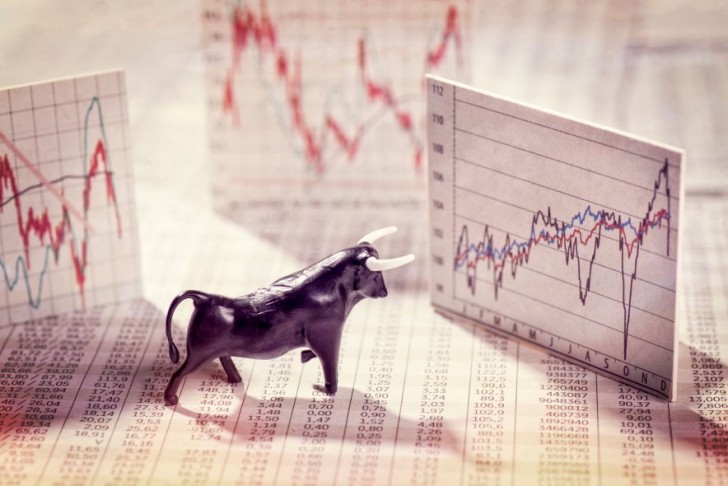 Bitcoin took another huge leap forward on the week with the coin seeing highs above the $40,000 level. The move highlights the meteoric rise of the cryptocurrency in recent weeks, where $20k seemed like a very distant target, before it was doubled within a month.

BTC has sold off from the highs at the weekend and the coin could head lower as the market is likely due for a correction. The rally has been powered by institutional investors, but if those flows dry up with a sell-off, the coin could see a larger correction. Support on the weekly level could be seen at the $25,000 level if a deeper correction unfolded. The other risk to the BTC rally is a bounce in the US Dollar and that was a major driver of the crypto market’s gain from summer 2020 as the dollar’s value collapsed.

One of the things that’s interesting about bitcoin is that it gets less risky the higher it goes. That’s the opposite of what happens with most stocks.

Miller highlighted the supply and demand issues that I mentioned recently, where concerns were growing about the rise in institutional money chasing a small coin supply. The majority of Bitcoin investors are holding onto cons for the longer-term, so this means there is less supply to go round for new investors.

London-based asset manager Ruffer Investment lumped $740 million into bitcoin at the end of 2020 and these types of investments are the reason why we have seen a parabolic change in Bitcoin’s price action.

One signal of big interest was the news that over $1 billion of BTC had left the Coinbase Pro exchange. The CEO of crypto analytics firm CryptoQuant Tweeted the news and the graph highlights a growing trend of coins leaving the exchange. This is done to place the coins in some form of custody or cold storage and implies a longer-term holding.

The PayPal adoption was also a big game-changer for volumes, and alongside Square, they have led the payments market into cryptocurrencies. For now, those volumes have largely gone to Bitcoin and Ethereum, but we may see altcoins benefit in the future.

The sharp rally has a risk of a sharp sell-off and $25,000 would be a 50% retracement on Fibonacci levels.

Litecoin saw further gains as the coin took advantage of the market-wide rally, but there was also another exciting development announcement. The Litecoin Foundation shared the news that Flare is now bringing ‘smart contracts’ to the Litecoin network.

Smart contracts are written into the blockchain and could document the transfer of physical assets such as money, property, or shares without the need for a third-party. The technology would add to the use cases for the LTC network and adds another element to the coin’s potential for mass adoption. This is a good time for Litecoin to be showing some fresh ideas as institutional money piles into Bitcoin and will start to get cold feet if BTC goes too high.

LTC saw highs near $186.30 and this was the highest level since April 2018. LTC has retreated to a price below $130 as traders pause from the recent explosive gains. Litecoin currently holds the number 5 spot in the list of coins by market cap with a valuation of $9.5 billion. There is a chance that LTC can replace XRP in 4th place with $13 billion if the latter continues to see problems from the SEC case. Ripple’s coin saw gains on the week but some say this was from value investors on Japanese exchanges as the coin sees fewer friends in the exchanges closer to home.

The $145 level was the high from last year’s rally and this is the crucial level for Litecoin going forward this week.

ZCash was higher last week by 65% and this is part of the recent demand for privacy coins, despite their delisting from major exchanges.

Earlier this year, privacy-focused coins were removed by the popular Bittrex exchange. The exchange said that it would be delisting three privacy coins in Dash (DASH), ZCash (ZEC), and Monero (XMR). Following The Bittrex move, many expected other exchanges to follow and three coins dropped up to 25%. There was no sign of other exchanges deciding to copy Bittrex Gemini co-founder Tyler Winklevoss confirmed their commitment to privacy coins on the same day.

The pressure on privacy coins is based on regulatory scrutiny and governments accuse the coins of being a haven for criminal activity. In reality, it is part of the ongoing drive by governments to track money and gather more taxes as their spending gets more out of control and is only being assisted by global interest rates near zero. Privacy coins may not see much traction on popular exchanges and adoption in apps, but they could end up being used in private wallet transfers or holdings.

ZEC tested the $100 price level which was the resistance from August 2020 and the coin has found sellers at this level. A move higher could see the coin test the 2019 highs at $124.50. ZEC currently has a market cap of $1 billion and sits at number 35 in the list of coins by market cap.

Horizen (ZEN) is another privacy-focused coin and it was the top-performing coin of the week with a gain of almost 100%.

The move marked the second week of explosive gains in the coin, which was trading at $12.00 at the start of the year. ZEN saw a high of around $30.00 for the week and this was a resistance level in July 2018. Horizen offers more than just privacy with the “largest and most decentralized node infrastructure” and the network currently has over 39,000 active nodes. The coin has bespoke sidechains and the network can manage thousands of transactions per second at ultra-low costs.

I wrote in a previous article that centralized finance project Celsius had chosen Horizen to develop a proof-of-reserves system using their zero-knowledge proofs technology. In a more recent development, the development team announced a partnership with LTO Network aimed at “securing, verifying, and exchanging business-critical information”.

These developments highlight that ZEN is more than just a privacy-focused coin and this will explain the recent gains.