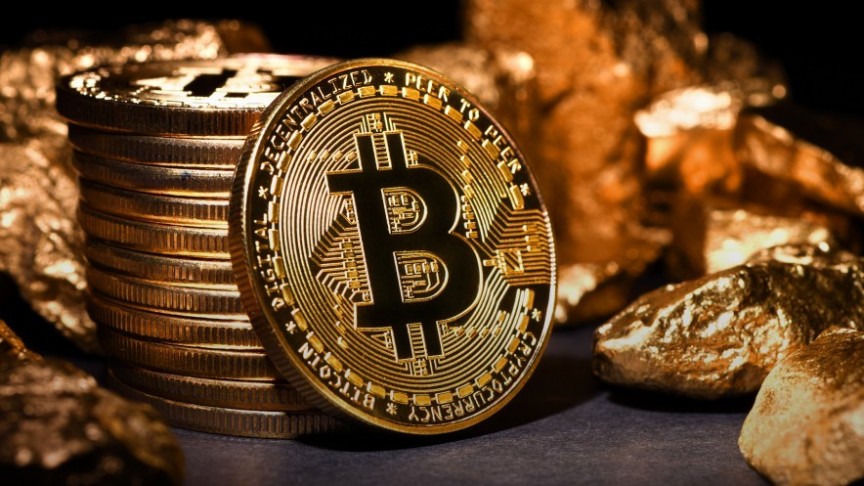 Bitcoin’s correlation with gold underlines its growing status as an asset class, will 2019 see the expected institutional rally?

The Wall Street Journal has reported that Bitcoin is now correlating closely with gold as new investment arrives. The Journal reasoned that,

The influx of money from traditional investors has led the cryptocurrency to behave more like a traditional asset.

Strong volume and correlated assets are a feature of traditional markets, particularly in currencies, where fiats like the Canadian dollar tend to follow the price of oil due to the nation’s reliance on that asset for its economy. The following chart highlights some of the major currencies and their correlations to each other and to gold.

The WSJ article cited the findings of a research firm that saw a 0.84 correlation between BTC and gold as well as a correlation of 0.77 with the VIX volatility index. These dynamics also show that BTC is being used as a safe haven during the recent market turmoil in assets such as stocks and oil. It also underlines the maturing role of Bitcoin in the financial markets.

The price of Bitcoin finally found a floor in recent weeks and was able to complete a strong rally towards $4,500. The move in BTC was very important because it avoided a monthly closing below $3,000 which may have led to further selling. The price of BTC has paused this week, however a continuation of the recent move higher could see BTC retake the support where the November ’17 rally began. At present levels, Bitcoin is creating a doji bar on the monthly chart and that suggests gains are possible in January.

The bearish bar for November wasn’t ideal but the fact that BTC made the recent lows almost exactly to the day of the $20,000 high is a promising sign for the year ahead. If we remove the speculative rally from October to December 2017 and consider that the pullback was simply a return to the mean, then Bitcoin on the longer-term has still made considerable price progress and more importantly, there are big changes ahead in early 2019.

The key event for cryptocurrency is the early 2019 arrival of Bakkt and Fidelity Digital Assets. The former is scheduled to release the first BTC futures contract which is physically deliverable and stored in a warehouse facility, which is a key feature of traditional commodities contracts in everything from oil to soybeans and wheat.

Bakkt’s CEO, Kelly Loeffler, has recently commented that she wants to deliver a “revolution” in cryptocurrency in the same way that Intercontinental Exchange (ICE) did for energy trading fifteen years ago.

The digital market is fragmented like the energy market in the early 2000s. ICE was the pioneer attracting more and more institutions to trade energy, which is what created today’s liquid market.

We’re about to see a revolution on the same scale in cryptocurrencies.

Over the last 10 years, the open interest in oil trading has grown from 40,000 contracts to a recent high near 800,000 as commodities trading became a bigger part of the strategy for investment funds and hedge funds. Bakkt are hoping to replicate that success with their late-January 2019 futures contract.

Fidelity Digital Assets have also previously noted that they would launch their digital assets venture in Q1 2019. Like Bakkt, they are seeking to make digital assets more liquid, accessible, and secure. Institutions have largely stayed away from cryptocurrencies due to the regulatory picture and the need to rely on startup exchanges. The arrival of two trusted firms could change the landscape considerably.

Large financial institutions have also avoided the crypto exchanges because they have more sophisticated needs with access to FIX API’s, regulatory reporting and more accurate ticker data. Bakkt and Fidelity’s products will be more aligned with the needs of these professional firms. Fidelity recently noted that their initial focus would be in the top 5-7 coins and this should be considered by investors for the new year ahead.

The following is a selection of altcoins to watch in early-2019:

Tron had a strong rally in April with much of the market but has tumbled to a price of 0.02. TRX has since found a good rally from the lows that connect previous low support and further gains may be ahead.

Ripple’s XRP is probing support from the August lows and another coin that is still higher than the late-2017 blast-off area. A monthly close above $0.500 in January or February could signal the start of further gains.

In a previous article, I stated that WAVES was,

At the time WAVES was trading at $2.50 but blasted to a high of around $5.00. The coin has since pulled back to settle under $3.50 but the monthly chart hints at further gains if it can hold strength into year-end with a close above $3.50, which would open up $7.50 as a target.

2018 was a disappointing year for cryptocurrency bulls, yet it may one day be viewed as a one-year pullback, which is common for stocks. Is it possible that the speculative run in late-2017 was simply ahead of its time and the past year has been a return to the mean as volume declined? Q1 2019 will likely write that story as the potential arrival of Fidelity and Bakkt may light the spark that has been missing from markets all year.