Can a Smart Contract Be Considered a Legal Contract According to U.S. Contract Law? 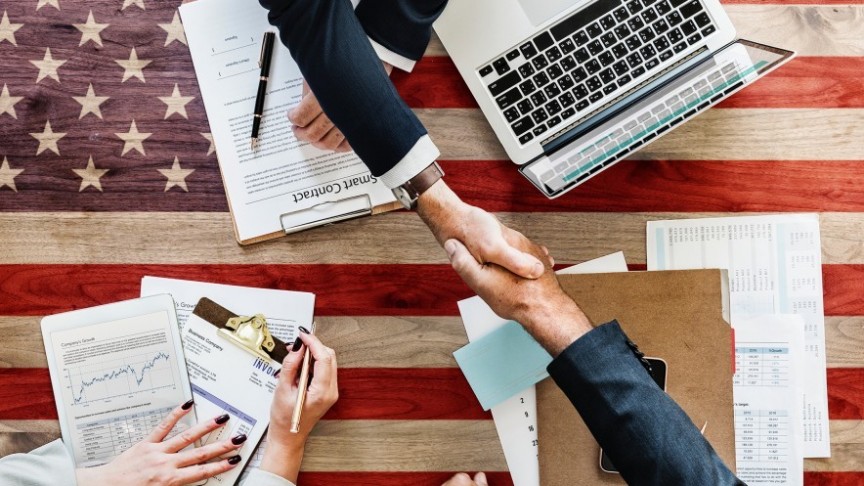 Can a Smart Contract Be Considered a Legal Contract According to U.S. Contract Law?

While legal contracts are much more complex, smart contracts have their own merits and can certainly be legally binding under U.S. contract law.

Smart contracts - as we understand them today - were first conceived by computer scientist and legal scholar Nick Szabo in his 1996 paper “Smart Contracts: Building Blocks for Digital Markets.”

Today, the phrase “smart contracts” is an ambiguous one having many different meanings and definitions in its colloquial use. In the broadest sense, the term “smart contract” refers to code that is stored, verified, and executed on a blockchain. Since the Ethereum blockchain uses smart contracts to allow for anyone to create their own decentralized applications, smart contracts are also often considered to be the primary difference between Ethereum and Bitcoin. However, for this article, we’ll focus on the term as it is more narrowly used in its legal context to describe self-executing contractual clauses embedded as automated software code on a blockchain.

This may sound complicated, but it’s really not. Technically, a smart contract is nothing more than an “if-then” statement running on a distributed computing network. If the conditions of the smart contract are met, then a predetermined action (e.g., the release of payments or rights, or the deployment of tokenized assets) is automatically executed. The potential for smart contracts to facilitate automated contract fulfillment has put them at the center of much discussion in the legal profession and much speculation from outside it as to whether or not smart contracts can be legally binding and/or replace lawyers or other means of manually verifying that parties within a deal have fulfilled their end of a contract.

From a legal standpoint, the idiom “smart contract” is misleading because they don’t necessarily have anything to do with legal contracts, nor are they necessarily “smart” for that matter. In addition, real legal contracts are multifaceted, involving many different factors, and often cannot be reduced to simple if-then statements encoded in “dumb” computer code. Following this logic, an important question naturally arises: can automatable agreements enforceable via tamper-proof execution of computer code be called “contracts” at all? Can they be legally binding? Here we investigate this question in the context of the American legal system and investigate whether smart contracts can be considered legally binding in the context of American contract law.

The Interplay Between U.S. Contract Law and Smart Contracts

Even though contract law in the U.S. varies (sometimes significantly) by state, there are four universal principles that if smart contracts adhere to they would be recognized as legally binding by the courts: offer, acceptance, intent, and consideration.

An offer is defined as a statement of what someone is going (or not going) to do, while acceptance is an outright agreement to what has been offered. Changes to the terms and conditions of the offer will generally be considered as a counteroffer, which has to be subsequently accepted in order for there to be an agreement. However, before an agreement can become a contract, two other requirements must be met: intent and consideration. Intent simply means that there must be objective evidence that the parties had “intention to create legal relations,” and consideration means that the parties must exchange something of value between each other (the promise of a gift is not regarded as a binding contract).

Because, broadly speaking, common law systems allow for contracts to be formed entirely orally, and constraints regarding the form of contracts are considered as the exception and not the rule, the electronic nature (form) of smart contracts is unlikely to be problematic under U.S. laws. Agreements made via email or clickwrap agreements, for example, can give rise to a legally binding contract, and, at present, U.S. courts “are open to the possibility of valid automatic contracting in appropriate circumstances.”

Verifying That Legal Requirements Are Met

That being said, legally verifying whether these requirements are met is not as simple as it sounds. For one, there needs to be a way to unequivocally determine whether the contractual parties gave assent to the terms and conditions of the smart contract, and then, the courts need to be ensured that the parties have sufficient notice of the contract's terms. The are two possible ways to solve these issues - either relevant stakeholders will design smart contracts in such a way that it makes them instantly legally compliant, or new laws will be drafted in order to accommodate the novel legal intricacies brought about by smart contracts.

The use of private key cryptographic signatures as a way of “signing” the smart contract can easily be regarded as objective evidence for the presence of acceptance, intent, and mutual assent simultaneously. Besides, designing a legally binding smart contract is not really the issue here. Designing a smart contract that works precisely as the contractual parties intended it to work is the issue. Once the smart contract is deployed, its content is immutable and its execution unstoppable, which means that the courts are unable to order rectification of the result without destroying the very logic behind the concept of smart contracts.

Enacting new laws regulating blockchains and smart contracts is a double-edged sword - especially at such an early stage in the technology's development. On the one end, stiff regulations will stifle innovation, while on the other, the lack of clear regulation creates chaos and legal uncertainty. Several states such as California, Arizona, Florida, Nebraska, Nevada, and New York have - in an effort to attract blockchain investors and entrepreneurs - already enacted such laws, and they’ve done nothing but create unnecessary confusion. These statutes have undergone serious scrutiny from both the blockchain community and legal scholars because, for one, all of these statutes have diverging terminology and legal definitions of various technical concepts which leads to unintentional legal inconsistency across jurisdictions. Second, it’s not at all clear that these laws are necessary, as smart contracts - just like any technology-enhanced contracts for that matter - are already regulated by U.S. contract law.

Will smart contracts eliminate the need for lawyers? No. And this myth needs to be debunked once and for all. Smart contracts will never replace natural language law, nor lawyers for that matter, but they will heavily disrupt the legal profession and change the way we do business forever.

At last, it must be noted that governments should adopt either the wait-and-see or the “sandbox” regulatory approach concerning smart contracts and blockchain technology in general. The blockchain space is continually evolving and changing its course in unpredictable ways and we should, as a rule of thumb, refrain from regulating things we don’t yet fully understand.