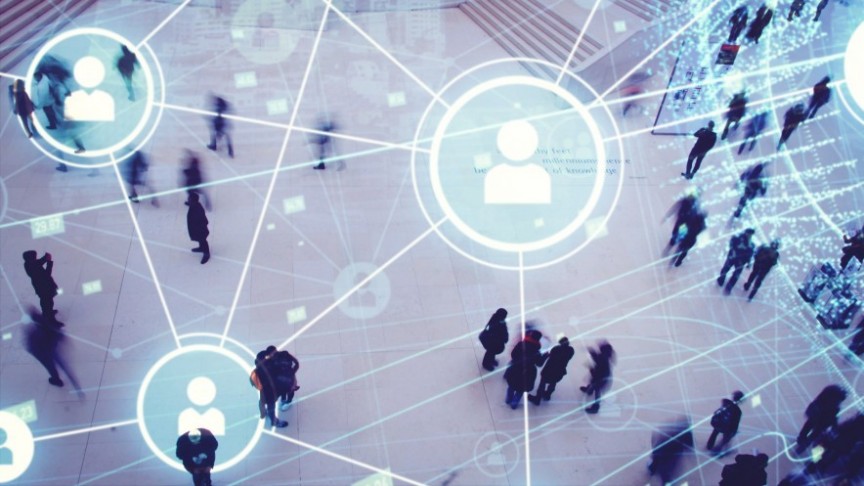 Can blockchain technologies help improve the efficiency, and, therefore, humanity, of immigration policies around the world?

Human migration is as old as humanity itself. In the current socio-political climate, the movement of migrants across national borders represents perhaps a larger social, economic, and legal challenge than ever before. Perhaps not surprisingly, there has been increasing talk about the potential for distributed ledger technology to contribute to a solution to these challenges.

Migrants commonly become victims of discrimination and racism and tend not to be able to successfully integrate into their destination countries. At the other end, receiving countries are often unprepared or unable to receive large amounts of immigrants, mainly because the legal process that governs the integration of immigrants into their societies depends on enormous amounts of bureaucracy that often involves several loosely connected branches of government. It is often a question of efficiency that becomes a problem of compassion, given that ineffective policies can quite literally put millions of lives at risk.

In this article, we take a look at human migration in modern times and explore what smart contracts are, and how they can be used to improve the accuracy and efficiency of immigration policies around the world.

Who's Going Where, and Why?

The latest data from the UN Migration Agency’s World Migration Report 2018 reveals that the estimated number of international migrants has been steadily on the rise for the last thirty years. An estimated 244 million people were living in a country different than their country of origin in 2018, which represents almost 100 million more than what it was in 1990.

A wide variety of factors contribute to immigration, with environmental change, war, discrimination, and the search for economic prosperity being the most important. Data from the UNHCR's Global Trends 2017 study indicates that a staggering 68.5 million people were forcibly displaced in 2017 alone, of whom over 25.4 million fled their countries of origin to escape war or persecution.

The UN agrees that the majority of immigrants between 2000 and 2015 were young people looking for better living conditions, with 72% of all international migrants in this time period considered to be of “working age” (between 20 and 64 years of age).

When it comes to countries, UN data seems to support what we perceive through the media: The United States has been the number one country of destination for immigrants since the 1970s. Since, the number of foreign people residing in the country has increased by almost 400% reaching over 46.6 million in 2015, up from less than 12 million in the 70s. According to UN DESA estimates from as early as 2005, Germany has been the second top country of destination with over 12 million immigrants residing in the country in 2015. Before 2005, and for the previous 15 years before that, the Russian Federation was the second largest host of immigrants, since the fall of the Union of Soviet Socialist Republics in 1991.

Is Backlash Against Immigrants Warranted?

The large influx of immigrants into the United States and Europe during the last couple of years has sparked a wide variety of controversial and very strict immigration policies, including the recent infamous executive order signed by President Donald Trump that allowed US officials to carry out the wide-scale detention and separation of immigrant families, and other initiatives that have seen the rights of millions of immigrants violated. Although receiving countries are entitled to carry out the correspondent security checks they deem necessary before accepting anyone in, it seems that in the case of the United States and some European countries, these decisions are heavily influenced by disinformation and racial biases against immigrants who come looking for help.

Contrary to what these negative governmental responses suggest, surveys made to US economists by Chicago's IMG forum show that there is consensus on the idea that immigrants are actually beneficial for the economy, while a comprehensive review on the subject's literature made by Örn B Bodvarsson and Hendrik Van den Berg, found that,

[E]vidence from all the studies makes it clear that, with very few exceptions, there is no strong statistical support for the view held by many members of the public, mainly that immigration has an adverse effect on native-born workers in the destination country.

Furthermore, other studies show that the elimination of immigration barriers would profoundly impact the world’s GDP, with estimates of gains ranging between 67% and 147%. It is also estimated that poverty could be greatly reduced worldwide, only by facilitating the mobility of labor between developing and developed countries.

How Smart Contracts Come In

There is no doubt that the immigration crisis must be tackled in such a way that all human rights can be guaranteed to immigrants, including clear pathways to social and economic integration into their target countries while complying with international and local laws. Such an important feat could be accomplished by the use of software that can securely and automatically process the necessary background checks and certifications needed to grant passage to a given country, regardless of country-specific differences in immigration policies and data collection methods. This is where smart contracts come into the picture.

A smart contract is a piece of code that executes instructions predefined by their creators, which has the ability to trigger a certain response, whenever a certain set of conditions within the system are met. They were first proposed around 1996 by computer scientist Nick Szabo, as a way of “formalizing and securing relationships on public networks”. Interestingly, when smart contracts are deployed in a blockchain, smart contracts become immutable and autonomous, and as such, they represent a trust-free mechanism in which the fulfillment of an agreement between parties is completely automated and guaranteed.

One of the most interesting creations of the blockchain era is the concept of the “Self-Sovereign Identity” (SSIDs). According to ComputerWorld, the concept of SSIDs “starts with the notion that we all are the makers of our own identity, online and off”. Since our natural identities are not emitted or assigned by any centralized authority, decentralized SSID systems mirror the way identity works in real life.
With the advent of distributed ledger technologies, SSID systems allow decentralized citizen identifiers to be stored and found without relying on any centralized databases. Blockchains provide the means for people to prove things about themselves, like their identity and country of origin, through the use of decentralized, verifiable credentials like they do in real life.

A combination of self-sovereign identities and smart contracts could provide a very fast way to check for citizen eligibility in any given country. For example, smart contracts would be able to safely and quickly screen a candidate’s self-sovereign ID against any criteria set by the receiving country and determine if the person can or cannot enter the country, completely eliminating the hurdle and long waits associated with citizenship applications. Integration of these tools with IoT technology could also help authorities to better enforce border control while reducing employment costs.

When it comes to policy, the integration of smart contracts and SSIDs could possibly eliminate the human obstacles to the implementation of new legislation, that would normally be needed to be learned from scratch by everyone from voters to enforcers. Automated and synchronized changes to smart contracts can easily and immediately implement any modifications made to the verification process.

Although they are far from being a panacea, smart contracts can help governments sort through the biggest bottlenecks in the process, since authorities can rely on the blockchain’s auditability and immutability to streamline the majority of citizenship requests, which frees up resources to deeply examine cases that may warrant further inspection. The implementation of such a tool would surely result in a more effective and humane immigration model, which has the potential of making the world a better place.