Smart Contracts on the Edge of Revolutionizing the Legal Industry 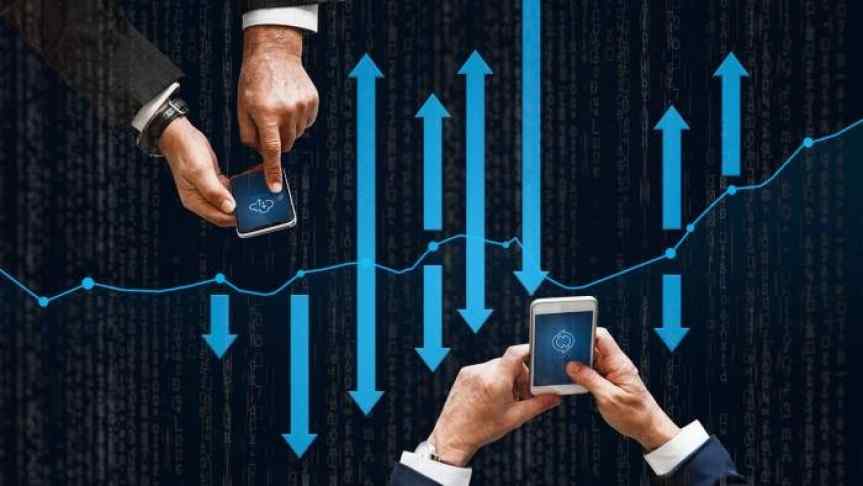 Smart Contracts on the Edge of Revolutionizing the Legal Industry

Smart contracts could turn the legal system upside down. Automating contracts and adding security, attorney roles may be rapidly shifting.

Blockchain is considered by many to be the "next internet", a groundbreaking technology that will have major implications for countless industries. Investors have now seen first-hand the incredible market power that is cryptocurrency, while industries ranging from logistics and shipping to credit card companies and major banks are adopting blockchain applications. It is abundantly clear at this point that blockchain's potential will become a reality in many sectors.

One industry that may stand to see particularly significant change is the legal industry.

It may seem odd that lawyers could be affected, or even replaced, by a technology defined as nothing more than a ledger system. After all, attorneys are required to a take several years of schooling, and to have an encyclopedic knowledge of case histories, not to mention the ability to interpret contracts and laws. A ledger system (at its core) is merely a secure way to validate information that passes between two or more parties. However, not all contracts require the human touch of a lawyer, and in many cases, the "trustless" system of a digital ledger can be actually more efficient and effective in ensuring signatories to a contract fulfill their end of the bargain. Not only that but the often time-consuming work of writing up contracts and attorney consultations can rapidly price out potential clients. Given the often exorbitant rates that lawyers often charge, smart contracts have the potential to be a valuable intermediary for clients who cannot afford a lawyer.

Smart contracts are an idea first proposed by computer scientist Nick Szabo in the mid-1990's. Many know Szabo for his foundational work with the decentralized digital token Bitgold, though he is still highly active in the crypto community today. The structure Szabo imagined figured as an important predecessor for what Bitcoin would become much later. Szabo’s idea was to establish a new, more efficient way to complete computer processes.

He described smart contracts as:

"A set of promises, specified in digital form, including protocols witin which the parties perform on these promises."

Smart contracts operate as directions coded into a blockchain that automatically verify a set of predefined agreements between parties. The satisfaction (or lack thereof) of the terms of an agreement automatically trigger events like payments, the issuance of fines/penalties, or transfer or custody of documents or products.

The definition and utility of smart contracts have become more refined in the 24 years since Szabo’s introduction. They can be much more than a simple batch of code used to validate various aspects of an effective contract for involved parties.

In the legal system, smart contracts can aid in everything from the most straightforward to the most complex of “written” contracts. For example:

The unproven status of blockchain solutions and smart contracts as a whole means many are unwilling to invest in the new technology. The heavy workload to establish the framework of a new blockchain system in addition to understanding the practical uses of ledgers is an endeavor many still see as out of reach for smaller firms. Gareth Malna, a solicitor at Burges Salmon (one of the 50 largest law firms in the United Kingdom), recognizes the financial challenges:

"Firms that have engaged with blockchain on an experimental basis are niche technology companies or larger international firms with a proportionally large R&D budget."

Many firms have struggled to grasp the potential that blockchain represents. Currently, only 41% of law firms are using or plan to use blockchain for "transactional legal services". That number drops to 31% for "high-value legal services" and it freefalls further to 21% for "business support."

One of the best-known firms to invest in smart contracts is the international firm Hogan Lowells. Carrying annual revenues exceeding $2 billion in 2017, the firm has a “proportionally large R&D budget.” Hogal Lowells has publicly released some of the emergent ideas in the firm's research. Chief among them is the idea that smart contracts will require a different amount of due diligence than ordinary law.

The ledger system, which allows for information to be shared securely, still consists of enough security threats that handing over complete automation to Artificial Intelligence creates a liability risk. To counteract this problem still requires a good deal of human labor and oversight in the set-up of smart contracts.

Opportunity in the Legal Environment

While some believe that smart contracts will never make a big splash in the legal realm, others are already banking on it. Kevin Werbach, a professor at Wharton University, made the claim that nations with trusted court systems would not merely accept installments of code as a valid contract system. There is still a good amount of human involvement needed along the way: courts, arbitrators, etc.

Nearly two years after that assertion, DLx Law LLP officially opened this May as a blockchain-only law firm. They presently include securing information and aiding in issuances for startup companies, but the company is keeping an eye on smart contracts. OpenLaw’s Ethereum-based contract converter could lay the groundwork for automating the contract system.

Angela Angelovska-Wilson, one of the firm’s founders, spoke about the importance of continuing this progress in blockchain:

"The billable hour undermines the value lawyers could bring to the table concerning these projects. It also hinders the ability of lawyers to be a part of the business process and the development of new products, services, ideas, things like that."

Automation is not limited to manufacturing plants and physical labor. If smart contracts can minimize the exhaustive contract process currently in place, as well as reducing the hourly constraints placed on both attorneys and clients, it will dramatically change lawyers role in contract fulfillment. Smart contracts may become a valuable, necessary piece of the legal system. Though there are still many barriers to widespread adoption, blockchain is gaining a secure foothold in yet another industry.