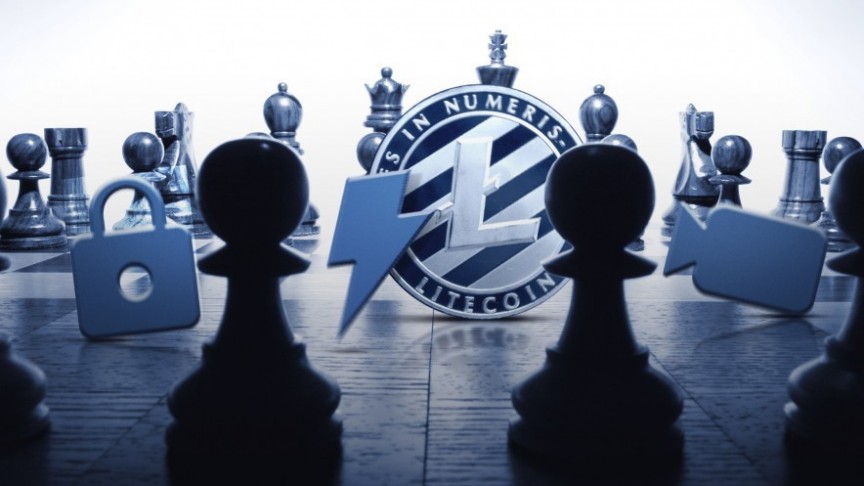 Litecoin, with its low fees and fast transactions, is among the most popular cryptocurrencies. What has the team been up to and what lies ahead?

Litecoin is among the most successful cryptocurrencies. Originally created in 2011, the coin has since become one of the most popular forks of Bitcoin. But until recently, the coin's popularity has been largely driven by its fast and inexpensive transactions—which are useful, but not entirely unique.

However, Litecoin is now beginning to push forward in new directions. Over the past several months, Litecoin has announced confidential transactions, strengthened its relationship with the Lightning Network, and enhanced its marketing efforts. The following is a brief rundown of the things that currently matter in the Litecoin world.

Undoubtedly, one of the biggest stories this year has been Litecoin's announcement that it plans to add confidential transactions. This feature allows users to hide their transaction data, just as they can do by using Monero or Zcash. Charlie Lee, the creator of Litecoin, explains that privacy adds fungibility and will be a boon to cryptocurrency:

Fungibility is the only property of sound money that is missing from Bitcoin & Litecoin. Now that the scaling debate is behind us, the next battleground will be on fungibility and privacy. I am now focused on making Litecoin more fungible by adding Confidential Transactions. / Charlie Lee

What's more, Litecoin plans to partially implement privacy features using the brand-new Mimblewimble privacy protocol. To achieve this, Litecoin has partnered with Beam, a very minor Mimblewimble-based altcoin that many feared would vanish into obscurity. Assuming that both coins can benefit from this plan, Litecoin's contributions to crypto privacy look very promising indeed.

Litecoin has also been building a deep relationship with the Lightning Network, an off-chain crypto payment system. Lightning is designed to make crypto transactions and coin swaps much faster and far less expensive than they would otherwise be, and Bitcoin and Litecoin are driving the network's growth.

Although Bitcoin accounts for most of Lightning's activity and network infrastructure, Litecoin and its community have been extremely vocal advocates of the network. Charlie Lee even endorsed the system last year, suggesting that Litecoin is the "easiest onramp" onto Lightning due to the coin's low fees.

Some big names are already using Litecoin and Lightning in conjunction. Coingate, a major payment processor, recently adopted the two technologies, instantly allowing 4500 merchants to use Litecoin with Lightning in a very simple way. And Coingate is not the only fan of Lightning and Litecoin: the Exodus smartphone has also been working to support both projects.

Litecoin has also been coordinating efforts to make itself known beyond the confines of the crypto community. Admittedly, some of its marketing decisions, such as a recent logo redesign, are probably only of interest to crypto fans. However, Litecoin has also been making forays into the wider world and mainstream media.

In fact, Litecoin has already been involved in two highly visible sponsorships in the past few months. In December, Litecoin sponsored a major UFC match, which allowed its brand to be seen by live audiences and cable viewers. Litecoin followed up on this in February by sponsoring the Mammoth Film Festival, where it supplied cryptocurrency as prize money.

Both of the above events have concluded, but it seems likely that Litecoin will make efforts to connect with mainstream audiences in the future. And although these accomplishments are somewhat more superficial than technical innovations, mainstream marketing may very well earn Litecoin serious attention from the general public.

The "Flappening" and Bitcoin Cash

Market competition is also helping Litecoin gain attention: Litecoin is in close competition with Bitcoin Cash, and the two cryptocurrencies occasionally switch places in the top ten charts. For those who enjoy watching the market, "the flappening" occurs whenever Litecoin overtakes Bitcoin Cash's market cap.

The last "flappening" occurred in December, and Litecoin has remained a step ahead of Bitcoin Cash since then. Although that victory has been won, the Litecoin community is still measuring the coin's market advantage at flappening.watch. Meanwhile, fans of Bitcoin Cash can watch for a "flippening," which will take place if Litecoin is dethroned by its competitor.

Although Litecoin is far from being the most cutting-edge cryptocurrency, it is nevertheless adopting innovative technology such as Mimblewimble and the Lightning Network. And, given that the crypto market is saturated with new projects, many of which fail to take off, this may actually be a good thing.

Litecoin's age and maturity also mean that the coin is very useful for general transactions since Litecoin is already accepted by many different vendors. Plus, the coin's publicity efforts may foster acceptance to an even greater extent. Litecoin's challenge this year will involve juggling publicity and innovation, and the coin seems to be up to the task.