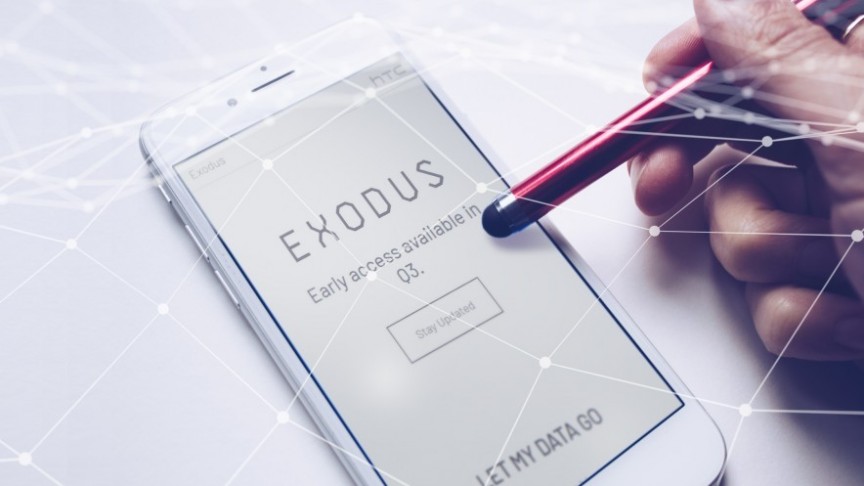 The Litecoin creator announced his collaboration with the HTC Exodus team in the development of the new blockchain-based smartphone.

Charlie Lee has confirmed that HTC's new blockchain smartphone Exodus will support Litecoin (LTC) and the Lightning Network. Litecoin will become the third cryptocurrency to be supported by Exodus along with Bitcoin (BTC) and Ethereum (ETH). Lee will also take an advisory role in the development of what will be one of the world’s first blockchain smartphones.

In a tweet, the Litecoin creator revealed that he met with the HTC Exodus team last week to determine the details of their cooperation. 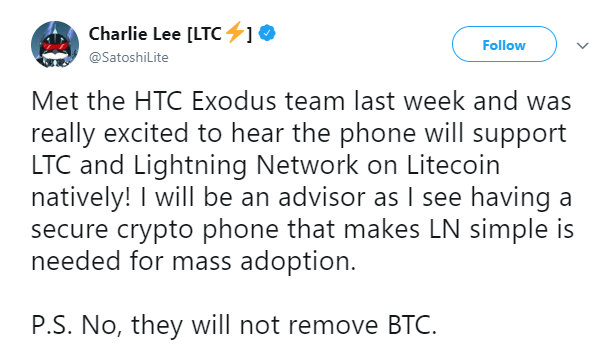 In a reply to Lee's tweet, Phil Chen, HTC Exodus chief crypto officer welcomed the new cooperation and expressed his excitement about the future developments with Litecoin. 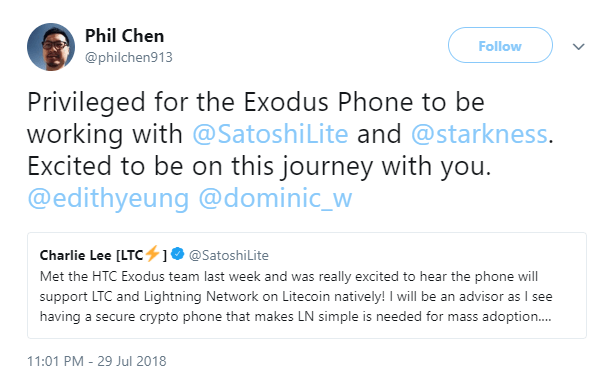 In a separate tweet, the HTC Exodus team said that having Charlie Lee on board is "a giant leap for blockchain".

With Exodus scheduled to launch in the third quarter of this year, HTC is hoping the project will change the smartphone industry by introducing blockchain encryption of personal data, a cold storage wallet, and an operating system dedicated to decentralized applications. HTC calls Exodus the "agent of decentralization" and wants the phone to also to help facilitate interoperability between blockchains. Each new Exodus device will operate as a node on the supported blockchains.

Many in the crypto community have voiced their enthusiasm about Exodus, which HTC hopes can become a cornerstone in the next stage of evolution for cryptocurrencies by making DApps and digital currency fully mobile-friendly.