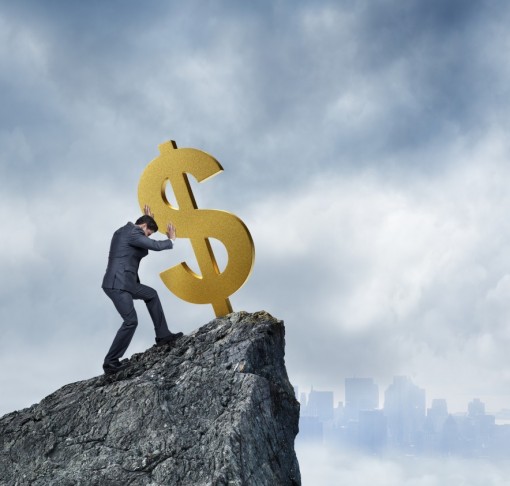 Most cryptocurrencies experience inflation―as they issue or create new coins, their value begins to fall. How can they keep this under control?

Inflation occurs as a cryptocurrency's coin supply gets larger. When this happens, the cryptocurrency in question becomes less scarce, and demand begins to fall, thereby driving down its price and its buying power. This is a problem, but fortunately, cryptocurrencies don't need to eliminate inflation entirely. They just need to keep it under control.

To reduce inflation, cryptocurrencies simply need to put a limit on the number of new tokens that they issue. However, there is no "one size fits all" solution: each cryptocurrency works differently, and each has a slightly different inflation model. Some cryptocurrencies have more elaborate inflation strategies than others―let's take a look at a few examples.

Bitcoin creates new coins through a process called mining. When you mine, you dedicate large amounts of computing power to the task. If you discover a block, new Bitcoin gets added to the coin supply, and you also receive some Bitcoin as a reward. Right now, mining produces an inflation rate of 3.75%, but this rate will drop below 1% over the next several years.

Bitcoin is designed to limit inflation through reward "halvings": that is, its block rewards are periodically cut in half. This makes mining less profitable, which in turn discourages miners, thereby producing less Bitcoin. Many Bitcoin forks, such as Bitcoin Cash and Litecoin, use the same technique to prevent inflation―in fact, Litecoin just underwent a halving on August 5, 2019.

Monero and the Emission Curve

Instead of halving its mining rewards, Monero plans to reduce mining rewards along a very steep curve. Monero typically refers to this as an emission curve, but this is more or less synonymous with inflation. Until May 2022, Monero's "main curve" will produce a large number of new coins. After that, a "tail curve" will reduce Monero's inflation to less than 1% per year.

This is a very sudden drop, and it will cause Monero inflation to fall below Bitcoin's own rate within a year. Coinmonks has run the numbers: in early 2019, Monero's inflation rate was about 4.1%, but this rate will drop to 2.4% by the beginning of 2020. It's not clear if this will have the desired effect on Monero's price, but it's an ambitious inflation model.

Staking is an alternative to mining that generally has low inflation rates, and Ethereum 2.0 will introduce it next year. Similar to mining, staking pays out rewards, but it doesn't need to create nearly as many tokens to do so. That's because staking doesn't need to incentivize the entire network to participate to achieve adequate security, as Eric Conner explains here.

Ethereum 2.0's exact inflation rate is still being worked out. In April, Ethereum creator Vitalik Buterin proposed a new reward model, and under this model, developer Justin Drake suggests that annual inflation will be 0.5%. (Conner previously predicted an inflation rate of 0.24%). Currently, Ethereum experiences 4% inflation, so any reduction in this ballpark is a big change.

EOS handles inflation a little differently. It creates new tokens, but it doesn't distribute those tokens as rewards for mining and staking. Instead, EOS creates a set amount of tokens each year and uses those to fund its activity. For example, EOS uses inflation to pay block producers, fund special accounts, and subsidize free transactions for end-users of EOS.

EOS decides on inflation rates in a somewhat unique way: its rates can be changed at any time. In fact, EOS account holders recently voted to reduce annual inflation from 5% to 1%. This vote eliminated a controversial account called eosio.saving―a "rainy day" fund that received 4/5ths of all inflation but had no real purpose. The account's funds were burned on May 7, 2019.

Zcash has suffered from exorbitantly high inflation rates at times―over 40% according to most sources. The proposed solution, as noted by CEO Zooko Wilcox in January, is Harmony Mining, which will allow two different proof-of-work algorithms to work alongside one another. This will, in turn, make it easier for not-so-powerful GPU miners to compete against more powerful ASIC miners.

In theory, reduced ASIC dominance will prevent miners from creating so much new Zcash. Harmony Mining was originally scheduled for October 2019 as part of Zcash's upcoming Blossom upgrade, but it has been postponed. Zcash says that security issues and engineering complications have caused Harmony Mining to be delayed and that it is currently scheduled for April 2020.

Generally, cryptocurrencies need to have some amount of inflation in order to incentivize network participation. There seems to be little desire to eliminate inflation entirely, although some cryptocurrencies do achieve this―Nano, for example, has a 0% inflation rate. It's not entirely clear which strategy is better, but minimal inflation is more common than zero inflation.

It should also be noted that inflation can be affected by other factors. Taking price volatility into account will impact inflation measurements, and so will changing the time span that is measured. Diar's report on inflation, mentioned at the beginning of the article, measures yearly supply inflation, year-on-year price inflation, and year-to-date price inflation―each with different figures.

In any case, it's important to remember that each cryptocurrency's inflation model works differently. This doesn't just mean that cryptos are reducing inflation at different rates; it also means that they distribute the coins that result from inflation in different ways. Despite these differences, most coins are delivering competitive inflation rates that users will find reasonable in the long term.