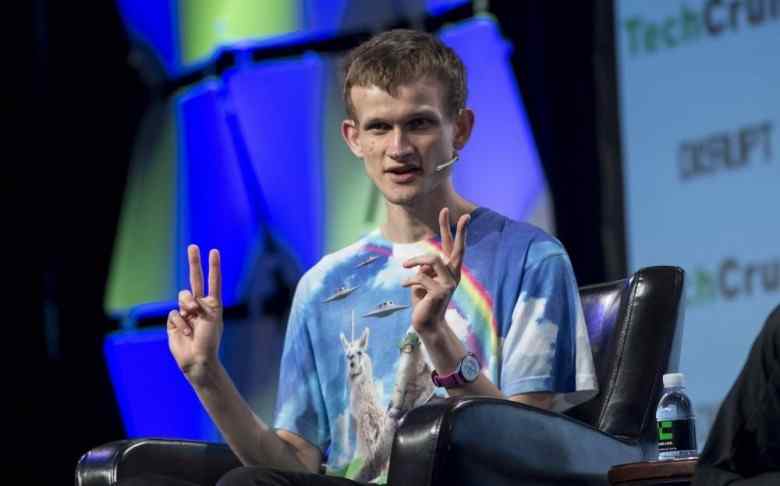 Vitalik Buterin argued against a hard fork on Ethereum as protection from new ASIC miners. Aware of his influencing magnitude, he never avoids conflicts when they occur.

Ethereum’s creator, Vitalik Buterin expressed his thoughts about taking action in opposition to the launch of the Antminer E3. The new ASIC rig will be Ethereum-compatible. A large part of the crypto community opposes ASIC devices since their heightened capabilites could potentially have a centralization effect on mining of the popular cryptocurrency.  The same controversy recently swept through the Monero coin community causing the Monero hard fork.  Buterin is one of the strongest influencers in the Blockchain industry and his words often raise controversy in the community and have even been known to affect prices.

Buterin’s statement was issued during a bi-weekly developer meeting on Friday,

“Getting everybody to upgrade is likely to be fairly chaotic and detract from more important things. So, at this point I personally lean quite significantly towards no action.”

Bitmain’s announcement last Tuesday worried the developers, especially Piper Merriam who suggested a hard fork option should be explored.  A hard fork could potentially make Ethereum resistant to the capabilities of the ASIC miner.

Both Merriam and Buterin agree, however, that a hard fork is only a short-term solution for existing hardware. Buterin's position is that the more important work is making progress on Ethereum's new PoS mechanism, thereby eliminating mining altogether. While many members support Buterin’s position, an unofficial poll posted on Twitter by the developer Vlad Zamfir, shows clearly that the majority’s would prefer to undergo a hard fork. 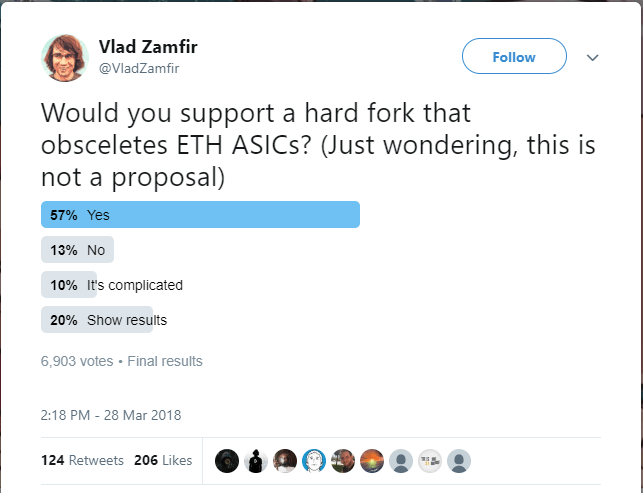 Buterin, never shying from strong opinions or the spotlight, aggressively attacked Craig Wright, the self-proclaimed Bitcoin creator, last week during the Deconomy 2018 Forum. Amid applause, Buterin wondered about the reasons Wright was invited to speak in the conference while calling him “a fraud.” The dispute continued on a Reddit thread where Buterin said,

“I don't give a damn if the guy [Craig Wright] is Satoshi; for all we know, it could even be the case that he actually was part of the Satoshi group, he was just the bizdev guy. But he's definitely not technically competent, shows a level of arrogance far above his actual level of understanding…” -Vitalik Buterin