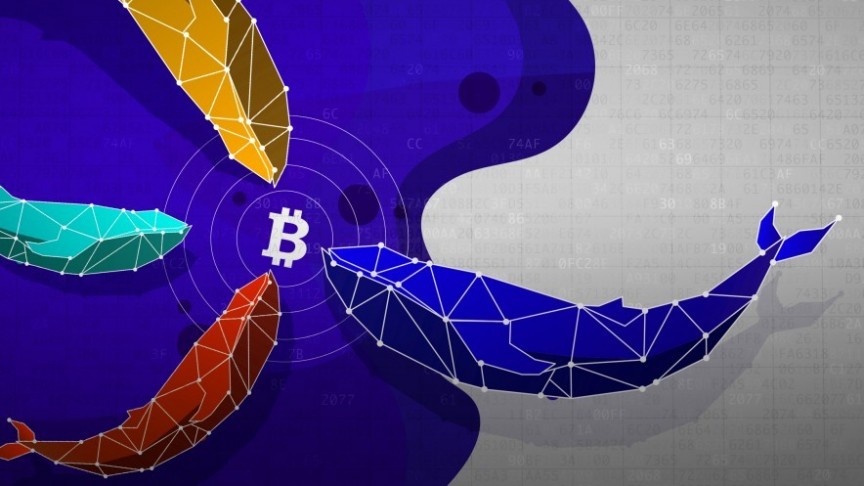 Bitcoin whales hold large amounts of cryptocurrency. Who are they, and why do their actions matter?

Crypto "whales" are individuals and organizations that hold a large amount of cryptocurrency, usually stored in a single wallet or address.

Because Bitcoin and most other blockchains have public ledgers, tracking sites and analysts can monitor the actions of whales. This ensures that big companies and project leaders stay accountable to the public and use their funds properly.

There are several different types of whale, and each behaves differently.

Often, crypto exchanges hold a large amount of Bitcoin because they hold funds for thousands (or even millions) of different users.

Huobi, for example, currently owns the largest Bitcoin address (255,000 BTC). This is Huobi's "cold storage" address, and it does not necessarily contain all of its funds. However, it does suggest Huobi is storing most of its Bitcoin in one large address.

Despite their large balances, exchanges may make small transactions for their users, or they may make large transfers between their own addresses. This activity does not always have a meaningful impact on the market and it is often uneventful.

Some high-profile individuals and project leaders can be considered whales.

Satoshi Nakamoto, the creator of Bitcoin, may own as much as 700,000 BTC, according to a recent analysis from BitMEX. However, assuming that is indeed Nakamoto's Bitcoin, it is spread across several small addresses—not one large "whale" address.

Vitalik Buterin, the founder of Ethereum, has also revealed his main address. It currently holds 345,000 ETH and is the 21st largest Ethereum address.

Jed McCaleb, the co-founder of Ripple, currently holds about 4.4 billion XRP across four different addresses, according to some estimates. The rate at which he can sell XRP is limited by a settlement with Ripple, as explained by WhaleAlert here.

Just like any other wealthy investor, project leaders can sell off their holdings and impact the crypto market, so their actions are worth watching.

Stablecoin projects like Tether (USDT) are in a unique position: they typically create and destroy tokens in large quantities several times a day.

In other words, the amount of tokens created and burned by Tether often "zeroes out," and large transactions within stablecoin projects can mean nothing at all.

Nevertheless, stablecoins should be monitored. In July 2019, Tether accidentally minted $5 billion of USDT—a mistake that could have been overlooked with smaller amounts.

Criminal activity has also led to the creation of several large wallets.

One of Bitcoin's formerly largest addresses resulted from the shutdown of Silk Road, an illegal marketplace. The FBI seized the site's funds in 2013 and combined them into a single address with 144,000 BTC. That balance has been split up since then.

These addresses cannot be shut down. However, by following "whale alerts," exchanges can blacklist dangerous addresses, and users can avoid interacting with them.

Some large Bitcoin addresses belong to early adopters, who were able to obtain sizeable amounts of cryptocurrency thanks to low market prices.

These users probably earned their Bitcoin by mining it. Early peer-to-peer transactions may have also contributed to their balances, along with purchases from early exchanges like BitcoinMarket.com and Mt. Gox.

Early adopters tend to hold onto their Bitcoin. Sometimes they do move funds, though: this May, one 2009-era miner sold off some of their Bitcoin.

Why Do Whales Matter?

"Whale watching" is largely about transparency and trust.

Sites like WhaleAlert.io track companies so that the crypto community can stay informed. This information helps investors choose which entities to trust with their crypto, and it lets them make informed investment decisions based on market activity.

Public perception can also motivate companies to stay honest and act ethically—even if users do not actually have direct control over those companies.

That said, large transactions are not necessarily bad or even unusual, and it usually takes input from market analysts to identify meaningful whale activity.