Which Cryptocurrencies are the Most Volatile and Which Most Stable? 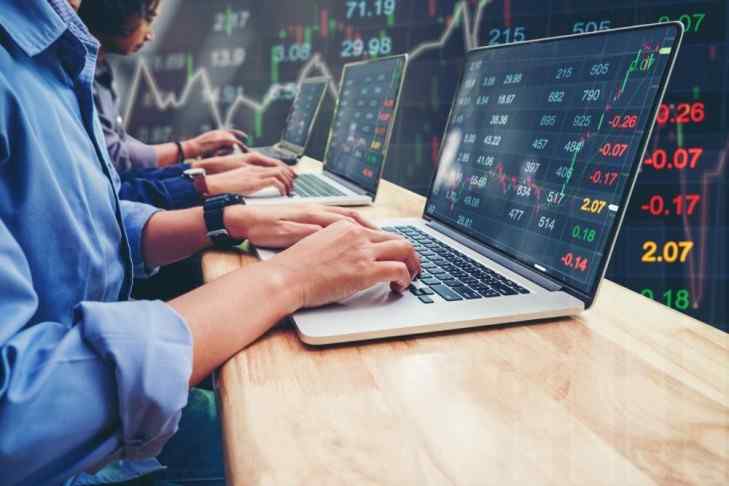 Which Cryptocurrencies are the Most Volatile and Which Most Stable?

Since the launch of Bitcoin in 2009, cryptocurrency prices have been known for their price volatility. Following on from Bitcoin, many other cryptocurrencies were subsequently launched, and there are now 1491 listed on market data provider coinmarketcap.com.

Almost all cryptocurrencies have shown volatility levels comparable to that of Bitcoin, and to a large extent, their price movements show a strong correlation. When the wider cryptocurrencies market is bullish, most rise and when bearish, most fall.

As the ‘poster boy’ of the market, Bitcoin sentiment has a very strong influence on general cryptocurrencies market sentiment. Despite the fact that its dominance of overall market cap has dropped to historic lows, the correlation appears relatively stable.

Bitcoin’s volatility levels, always spectacular in the context of traditional tradable financial instruments, have hit new heights over the past few months, particularly December ’17 and January ’18. And the wider market has mirrored this. However, despite close correlation, there are differences in the average daily volatility levels between the different leading cryptocurrencies. Is Bitcoin actually the most volatile, are others even more so and are there any significant cryptocurrencies that display markedly less volatility than their peers?

Within the Cryptocurrencies Context, Bitcoin is Not So Volatile

What Makes a Cryptocurrency More or Less Volatile?

Are there any clear conclusions to be drawn from the levels of average daily volatility demonstrated by the leading cryptocurrencies? The answer has to be a fudged yes and no.

Generally speaking, the level of market liquidity of any exchange-traded asset is correlated to volatility. The higher the liquidity levels, the lower the average volatility tends to be, at least over the longer term. A few significant sellers or buyers entering shallower markets have a more significant impact on overall supply and demand. The fact that Bitcoin and Ethereum’s market capitalizations, $191.5 billion and $102.8 billion respectively, clearly mean their markets are significantly more liquid than that of other cryptocurrencies. In 3rd place is Ripple with a market cap. of less than half that of Ethereum at $51.3 billion. NEM, 10th by market cap., is only $8.5 billion. Higher market capitalizations mean more buyers and sellers and less overall influence from big buy and sell orders.

While Bitcoin is intended to be used as cash, it is currently more traded as an asset or held as a store of value, like digital gold. Its price volatility and the slowness of transactions being confirmed by its Blockchain means it isn’t currently a realistic fiat cash alternative. Ethereum, on the other hand, is used to pay for using the Ethereum Blockchain platform to build smart contracts and decentralized applications. Use of the platform is growing, and this means steadily increasing daily Ethereum transactions. Many holders of Ethereum’s Ether cryptocurrency are actually ‘spending’ it on the platform and not just acquiring and selling it as traders or speculative long-term investors.

The greater prevalence of Ethereum actually being utilized as it is supposed to be and not only as a traded asset, combined with its large market capitalization, clearly help reduce its volatility in comparison to peers. Several of the other major cryptocurrencies also act as tokens on Blockchain platforms with a specific utility. NEO and EOS are also smart contract platforms and Ripple, NEM and Stellar with applications in financial services. However, Ethereum has higher levels of current use and, therefore, transaction volumes.

Cardano, the major cryptocurrency with the highest volatility over the past three months, ironically has the stated aim of creating a more ‘stable’ cryptocurrency ecosystem. It attempts to address the technology issues that have hindered Bitcoin and led to its ‘scalability problem’. To a large extent, also ironically, its volatility is the result of markets believing it genuinely holds the potential to achieve this aim. It has quickly gained traction as a result and this quick rise to prominence, and surging price, has led to volatility.

At present, news-driven sentiment can arguably be considered the single greatest influence on cryptocurrency volatility, though liquidity levels are also a major factor.