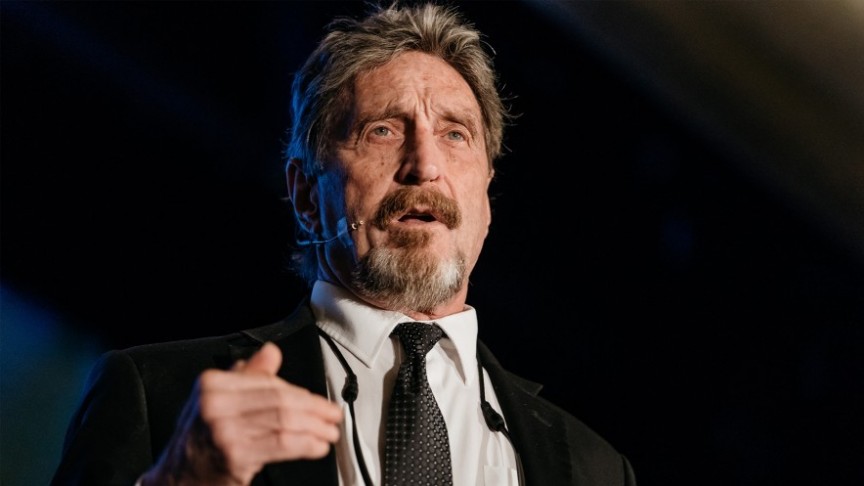 BitFi is a cryptocurrency “hardware wallet” with a twist - the hardware device provides access to cryptocurrencies stored “on the cloud” rather than on the device itself. While the device appears to be cheaply manufactured, the company behind BitFi, along with everyone’s favorite crypto awkward uncle, John McAfee, claim the wallet is ultra-secure and “unhackable”. Mcafee and BitFi have even offered a $250,000 bounty to anyone who can hack a BitFi wallet and manage to steal the $50 of BTC pre-loaded onto the device.

While no-one has yet managed to steal the Bitcoins “stored” on the BitFi device, many security researchers have been busy pulling apart the device and exploring its $120 USD worth of ultra-secure crypto-glory. Within weeks since its release, the device has been dismantled to reveal common components comparable to that of a cheap Android phone, it has been rooted and reconnected to the BitFi service,

Now, in typical cryptosphere fashion, a 15-year-old has hacked the device to allow himself to play DOOM on it.

The 15-year-old, Saleem Rashid, is somewhat of a technological-prodigy, and, in all likelihood knows more about hardware security and cryptocurrency than John McAfee. But his “technological feat” doesn’t even come close to compromising the funds stored on the device. In fact, none of the hacks against the BitFi wallet have compromised the funds stored on the device, and therefore, they are not recognized as “hacks” by McAfee.

McAfee has turned to Twitter to downplay the media reports that the Bitfi device has been hacked,

McAfee, maintaining that the device was not properly hacked, has practically gone back on his promise to award a $100,000 (later raised to $250,000) bounty to anyone who could hack the device.

What the technological attacks against the BitFi device do show is that bug bounties, publicity and John McAfee can fuel the hype around a product (or token) in the cryptosphere to unimaginable heights. For a simple $120 USD device, BitFi is currently featuring on almost every crypto-news outlet on the internet, topping the /Cryptocurrency subreddit and has even landed a nomination for the “Pwnie” award’s “Lamest Vendor of The Year”.

The lesson that BitFi is teaching us is not to disregard John McAfee, but rather to truly examine the products and ideas that are constantly being shilled to crypto-enthusiasts by paid-actors or crypto-celebrities. After all, the crypto-market is fueled by speculation and McAfee promises, and if all it takes to pump up the value of a product or idea is to attach a little hype to the concept, the yet-to-be-invented "BitFicoin" will probably moon by 2019.