AssangeDAO Is the Latest Fundraising Effort for Wikileaks’ Founder 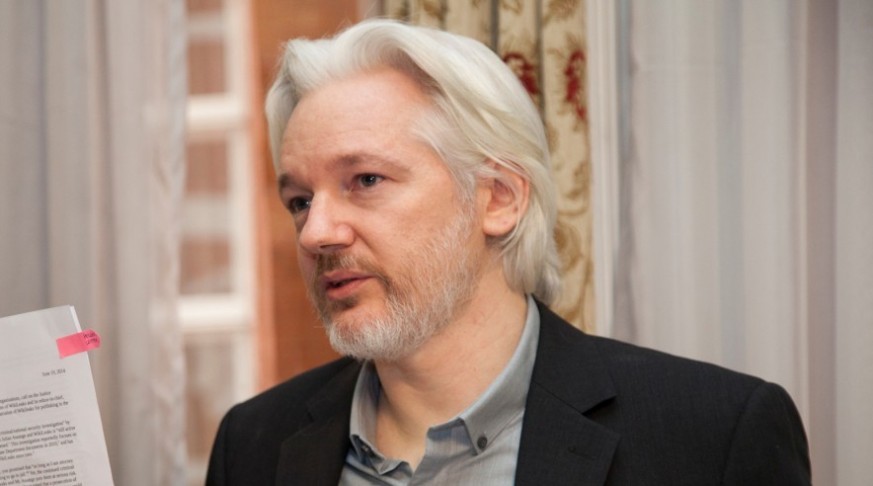 AssangeDAO Is the Latest Fundraising Effort for Wikileaks’ Founder

Members of the crypto community have raised millions of dollars in Ethereum for Julian Assange’s freedom.

The cryptocurrency community has set up a DAO to raise funds for Julian Assange, the founder of Wikileaks, who is currently imprisoned on various charges in London.

Assange was arrested in 2019; he was charged with conspiracy after helping former U.S. Army intelligence analyst Chelsea Manning access U.S. government secrets and publish that data on Wikileaks beginning in 2010. He currently is imprisoned in London and is fighting extradition to the United States.

AssangeDAO Has Raised Over $50 Million

Now, members of the crypto community have formed a fundraising group called AssangeDAO to raise money for Assange's freedom. Because the group is structured as a decentralized autonomous organization (DAO), those who donate money will receive a governance token and gain input on the DAO's future direction.

The group’s first members began to assemble AssangeDAO on Telegram on Dec. 10. Gabriel Shipton, the brother of Julian Assange, became involved in the group shortly after that. Soon, the group began to accept donations from the public.

On Feb. 9, the group used 16,593 ETH ($52 million) to bid on an NFT made by Julian Assange and the digital artist Pak. The group's bid on the NFT was successful; funds raised from that sale will go toward Assange's legal defense.

It is unclear whether the DAO will continue to raise funds. However, the group has a surplus of funds: as of Feb. 10, the DAO has raised 17,422 ETH, about $2.5 million dollars more than the final bid. It is unclear how those remaining funds will be spent.

AssangeDAO is now the highest-grossing project on Juicebox, a platform that hosts various DAOs. The next largest project on the list is ConstitutionDAO, a group that attempted to buy the U.S. Constitution in a Sotheby’s auction last year. It raised over 11,600 ETH ($36 million) but was ultimately outbid by another buyer.

The organizers behind AssangeDAO have also cited FreeRossDAO as an influence. That initiative raised $12 million to fund the legal defense of Ross Ulbricht, who is serving multiple life sentences in prison after creating the darknet market Silk Road.

Wikileaks Has Used Crypto Since 2010

Though the AssangeDAO was organized independently of Wikileaks and is focused mainly on funding Assange’s legal costs, Wikileaks has its own history with crypto.

Recent reports suggest that Wikileaks raised $37 million in Bitcoin between 2010 and 2020. The project chose to accept Bitcoin donations after payment processors and credit cards began to deny it service in the early 2010s. Though Wikileaks has since regained the ability to accept traditional payments through a third party, it still accepts several cryptocurrencies including Bitcoin, Ethereum, and Monero.

Wikileaks' merchandise site has a less stable relationship with crypto. Coinbase suspended the store’s cryptocurrency account in 2018; the site then switched to a different crypto payment processor called CoinPayments soon after.

The store's crypto policy has not affected Wikileaks' main site, which accepts Bitcoin donations sent directly to a wallet address and does not rely on a payment processor.

Assange and Contemporaries Use Crypto

Julian Assange has also discussed his personal stance on Bitcoin and disclosed his own holdings. In 2017, he suggested that he personally made 50,000% returns on his own Bitcoin holdings. Also in 2017, he called Bitcoin “the real Occupy Wall Street,” implying that the cryptocurrency could resolve economic equality more effectively than the protest movement that was popular six years earlier.

Assange’s contemporaries have been even more vocal about cryptocurrency. Chelsea Manning has joined a blockchain and data privacy startup in Switzerland called Nym. Manning has also stated that she “use[s] bitcoin and believe[s] in blockchain” as recently as 2017 while expressing concerns about Bitcoin’s security.

NSA whistleblower Edward Snowden, who has also been involved with Wikileaks, has commented frequently on Bitcoin over the past several years as well. Last year, he stated that he used Bitcoin to pay for the servers that made it possible for him to disclose U.S. surveillance activities circa 2013.

Snowden commented directly on this month’s DAO and criticized the lack of mainstream coverage: “Wikileaks has managed to raise [millions] seemingly without any notice at all by major media,” Snowden tweeted on Feb. 8. Indeed, news sources such as Bloomberg and the Wall Street Journal have remained silent on the matter.

Mainstream sources have nevertheless reported extensively on Assange over the past two weeks. Though the case has not concluded, Assange’s legal team reported that they have won the first step in appealing the extradition order.