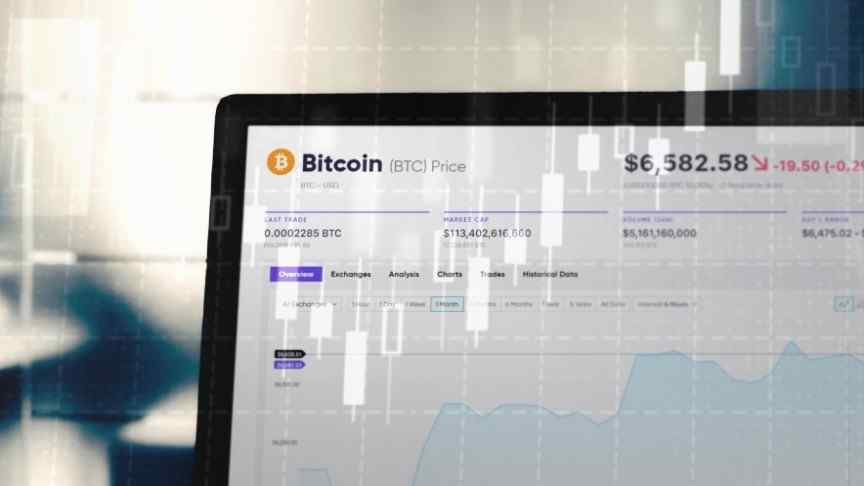 Bitcoin stumbles under $6,500 and threatens the three-week rally. IOTA set to unveil the Qubic project by the end of 2018.

The three-week rally in Bitcoin fell apart on Wednesday and we now see the market trading under $6,500 after crashing through the 50 moving average and the three-week uptrend support. Bitcoin now threatens to test the $6,000 level once more, which proved to be stubborn resistance in recent months.

One of the initial catalysts for the sell-off was a false rumour that Wall Street investment bank, Goldman Sachs was planning to postpone its earlier plans for a cryptocurrency trading desk. Business Insider stated that the bank was pulling back whilst the regulatory framework remained unclear. The CFO of Goldman later denied the release, terming it fake news,

It wasn't like we announced anything or that anything had changed for us... I never thought I'd hear myself actually use this term, but I'd really have to describe that as fake news.

However, the rebuttal did nothing for the price and we have seen two weak days across the cryptocurrency space.

I noted the planned meeting of EU Finance Ministers, which was scheduled for today, Friday, in Vienna. The group were due to discuss the cryptocurrency market and try to get closer to an agreement on regulation. It’s maybe no coincidence that a Belgium-based think tank released their own recommendations to the European Union this week, recommending that they adopt a common set of rules across all nations in the union for cryptocurrency and Initial Coin Offerings.

To summarize the report, the think tank proposed that Bitcoin cannot be fully regulated due to its decentralized nature, however the entities that handle the currencies could. This is a big decision for governments because they will want to protect their own money creation systems, however, strict regulation could see them fall behind other regions.

In my Wednesday article I noted that Ethereum was weak again and had failed at the $300 level over the last few weeks and I warned about the potential for a sell-off stating,

Ethereum on the weekly chart is in a danger zone of support and if we don’t see a rally back through $300 this week, then a bearish weekly close could see the price move towards the $200 level.

The price of Ethereum saw a brisk move lower and is now trading near the $225 level. Ethereum’s fall was made worse by the comments of founder Vitalik Buterin, who agreed with a commentator that the price of Ethereum could collapse without further developments in the network. These comments by a prominent cryptocurrency supporter may have affected the overall market over the last two days.

Ethereum is now halfway between a $250 low, which is now resistance, and the support levels at $200. The sentiment of the market will decide which level we break through next.

On a more positive note, IOTA has given an update on its Qubic project, which developers said would be available “around the end” of 2018.

The goal of the Qubic project is to bring Quorum-based computing to the IOTA network, which they say will,

allow people to leverage world-wide unused computing capacity for a myriad of computational needs, all while helping to secure the IOTA Tangle: an IOTA-based world supercomputer.

Once complete, the project would see IOTA join the ranks of other multi-purpose blockchains and could change significantly its outlook for the future. I noted in a previous article that IOTA had teamed up with car giant Volkswagen for a project that would bring Volkswagen’s maintenance schedules onto the blockchain.

The price of IOTA on the weekly chart shows how the trend is shaping up. The recent fall through the $0.92 support level saw us make a low and a rally up towards that level once again. This rally has stalled at a downtrend resistance line, which has been in play for the whole of 2018 and this is a key obstacle to move higher. We will see how this week plays out in the cryptocurrency market, but the bearish bars that are shaping up in each coin will need to be corrected if we are to see another move higher in September.

The market capitalization of the cryptocurrency market has now slipped to $205 billion again and we are far from the $300 billion that we saw in July.