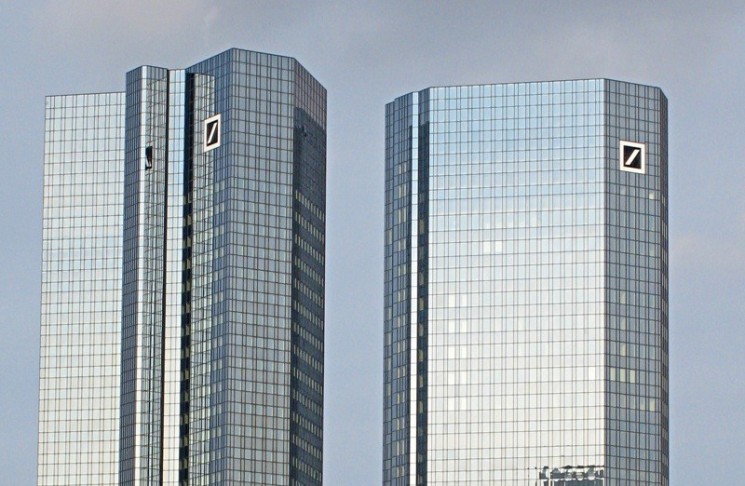 Bitcoin is testing the $12,000 level once again and may attempt to break through the recent highs around $13,500. The recent pullback was met with the usual bearish hysteria but as we can see in the charts, it was merely a pullback from a strong rally that found buyers once again. If Bitcoin were to get through the recent highs then there is a real possibility that the all-time highs near $20,000 would be in reach. I’ve noted many times that cryptocurrencies would be a safe haven in a financial panic and all is not well in the traditional finance system as Deutsche Bank plans to cut 18,000 banker jobs in yet another restructuring. The German financial juggernaut also moved 74 billion euros to a so-called “bad bank”, which removes the risk from the balance sheet. Deutsche had 91,400 employees before the recent cuts and held 1.34 trillion in assets but the bank’s derivative book has been the source of much criticism and the actions by the bank have a real similarity to the events of late-2007 which led to the collapse of Lehman Brothers and Bear Stearns.

One of the world’s largest hedge funds, Renaissance Technologies, has also been quietly moving money out of Deutsche for months and is another hint that the smart money is starting to show real concern over the company’s future. If a bank as huge and systemically important as Deutsche Bank were in trouble then money would escape to the crypto market due to the domino effect it would have on other banks so keep an eye on this going forward. I have noted in previous articles that only 8-10% of the world’s developed populations have a blockchain wallet so an event in the current financial system would be a game-changer and would see a huge spike in volumes as big money comes in and then retail tries to chase the highs.

The recent announcement of Facebook’s Libra project should have people realizing that 2 billion Facebook addicts will soon have cryptocurrency forced on them and will awaken them to the sector. Many are busy discussing how centralized the coin may be, but this is irrelevant. Users will have to adopt the coin or get off the platform and a rewards-based system that pays users for content and allows them to send money through Whatsapp or make purchases via Instagram is where we are heading and it will be a financial revolution that will likely seal the fate of the leveraged banking behemoths.

Origo was a strong performer on the week with a gain of 480%. The move catapulted the project to number 186 in the list of coins by market cap with a value of $25 million. Origo states that it is the “world first decentralized application platform that protects your privacy.”

A key theme on the website is that the technology can be used for many different uses such as paychecks, supply chain, and IoT. OGO is available on the Bittrex and Huobi exchanges and currently has 100 million coins circulating out of a potential 1 billion, so there is an element of increasing supply to consider in valuing the project.

Tezos was one of the big performers in the top 50 with a 30% gain for the week. The move came on the back of news that BTG Pactual, the third-largest investment bank in Latin America, and Dubai-based asset manager Dalma Capital were both planning to use the Tezos blockchain to release security tokens.

In a press statement, the companies claimed that the tokens would help to “address a deal pipeline in excess of $1bn for token issuance.”

The Tezos platform was created for smart contracts and decentralized apps, with the proof-of-stake concept being a key feature in the chain’s governance model. Tezos now trades at $1.18 and ranks at number 22 in the list of coins with a market cap of $780 million. The chart above is of XTZ versus BTC and shows a volatile price for 2019. The price will need to get back into the support zone to advance but BTC's increasing dominance is a current headwind for all altcoins.

Binance has announced that they will launch futures trading with 20x leverage. Initial support for the product will come through BTC/USDT.

Changpeng Zhao announced the plan at a recent keynote speech in Taipei. There is no scheduled release date for the platform but beta testing is underway and a screenshot is available for the coming product. The news is a boost for Binance users and could see volumes move from the likes of Bitmex. 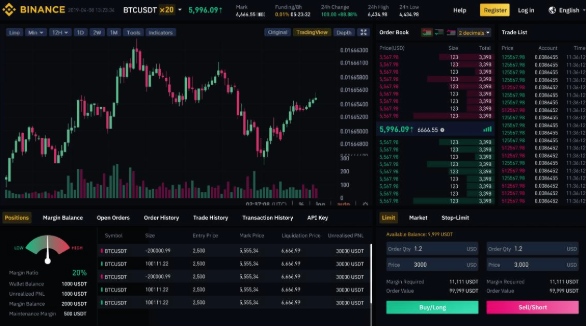 The Binance coin continues to charge ahead with a current price of $34.00 and market cap close to $5 billion. The new futures offering and the move higher in BTC will only bring further volumes and increase the value of BNB.