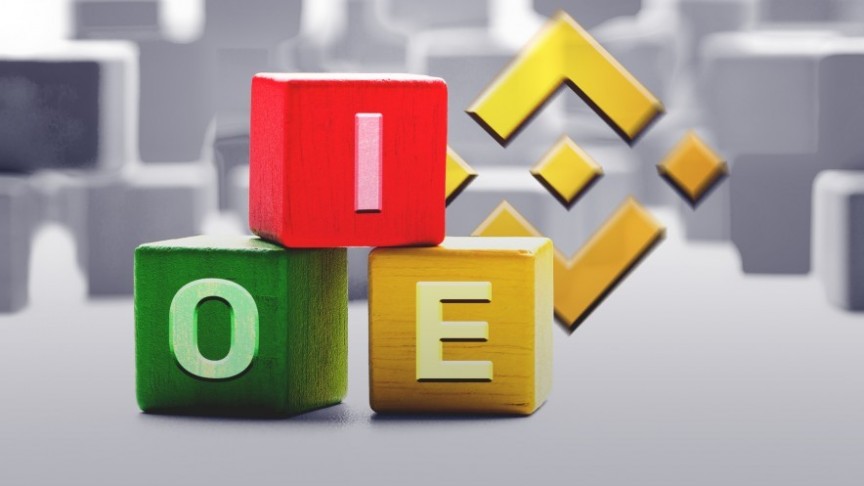 Initial Coin Offerings, or ICOs, have been declared dead by many critics. Although this is something of an exaggeration, it is true that funding for new ICOs has dwindled over the course of 2018. Last year was a major step down from the ICO boom of 2017, and the decline was largely due to extremely harsh regulations. This had a chilling effect on new token projects.

That doesn't mean that token sales are truly dead, though. Instead, token sales are taking on different forms. One trend that has recently emerged is the Initial Exchange Offering, more commonly known as the IEO. Under this model, a token project does not carry out its own sale; instead, it outsources the sale to a crypto exchange. Here's what you should know about IEOs.

Binance, one of the largest crypto exchanges, has popularized the IEO trend with a platform called Binance Launchpad. Although Launchpad was created in 2017, it has hit a high note this year by running successful sales for projects like the Celer Network, Fetch.ai, and BitTorrent. These sales have each raised between $4 million and $7 million―somewhat less than the typical ICO in 2018, which earned $11.5 million on average.

Nevertheless, Binance Launchpad has become a phenomenon: its limited token supplies, long waitlists, and lightning-fast sales have attracted plenty of publicity. Even Launchpad's recurring technical issues, which have pushed some users out of their place in line, haven't damaged its popularity. Relatively few users manage to buy tokens in any given Launchpad sale, but everyone talks about the sale.

The demand for Binance Launchpad has been so great that Binance has changed the sales model to deal with high demand. Instead of buying tokens on a "first come, first serve" basis, Launchpad users must now participate in a lottery in order to have a chance to buy new tokens. Basically, Binance has set the norm for IEO sales: extremely exclusive, but otherwise fair.

Launchpad wasn't the first platform to run an IEO, but it has become the most influential: many other exchanges have quickly followed in its footsteps. Huobi has recently created its own IEO platform called Huobi Prime, and OKEx has created an IEO service called Jumpstart. Other exchanges that have joined in include Bittrex, IDAX, and KuCoin, and these are just some of the many platforms that are following Binance's lead this year.

What Are the Benefits?

The tokens that are sold during an IEO are no different from those that are sold during an ICO. The primary advantage of the IEO model is the fact that exchanges can handle a token sale much more easily than a token project can―exchanges are, after all, built to sell cryptocurrency efficiently and securely. This relieves the original token project of some of the pressures of sale management.

Exchanges are also well-equipped to deal with regulations. Anyone who runs a token sale must collect buyer identities in order to ensure that they are only selling to accredited investors. Typically, ICOs must handle Know-Your-Customer procedures independently or use a KYC platform like Civic. Exchanges, however, already have extensive user records and existing KYC systems.

The IEO model also allows buyers to put significant trust in a token sale. A fraudulent token project may be able to attract unsavvy ICO buyers, but it is much more difficult to fool a major exchange. When a trusted exchange runs an IEO sale, it gives its seal of approval to that token project. Although no exchange is entirely impartial, major exchanges do have integrity and will choose tokens that are best for their customers.

Finally, token projects can use the IEO model to attract attention and gain a competitive edge. ICOs are extremely competitive due to the sheer number of tokens that exist. By contrast, an exchange can curate a select few IEOs and promote those sales to an existing user base. Of course, token projects that have an IEO sale must market themselves as usual, but working with a major exchange is an effective way to find an audience.

What Are the Downsides?

One issue that IEOs face is the matter of exclusivity. If Binance's practices are any indication, IEOs must leave out the vast majority of potential investors in order to generate hype and demand. It is too early to say whether this approach will become prevalent, but Binance has certainly set the stage for that to happen. Binance's CEO explains why Launchpad sales are so exclusive:

We ... advise the project to keep the initial price sales price low. We think that's a good thing ... when the initial sales price is low, we necessarily generate very high demand. So basically, by default, by design, a large number of people would not be able to grab [the token]. It is a rush sale type of event. / Changpeng Zhao

Trust is another issue. Small exchanges may have less integrity than large exchanges, and those exchanges could conceivably collude with dubious token projects. For example, an unethical exchange could get kickbacks for promoting a project that poses a risk to investors. If any exchange can run an IEO, the situation is no different from when any project could run an ICO―and such a situation is sure to attract the attention of regulators.

Conversely, overregulation is an issue as well. U.S. securities laws dictate that only accredited investors can buy tokens, and ICOs almost always exclude American investors so as not to fall afoul of that rule. IEOs generally follow the same policy: BitTorrent's IEO sale excluded American investors, for example. Ultimately, this means that IEOs may be no more accessible than ICOs for many buyers.

Initial Exchange Offerings have plenty of promise. Reputable exchanges can provide a very safe buying experience for users, and they can relieve token creators of the burden of managing a sale. However, IEOs will probably remain fairly exclusive and highly regulated. The next several months, and Binance's leadership in particular, will reveal whether IEOs truly have a future.