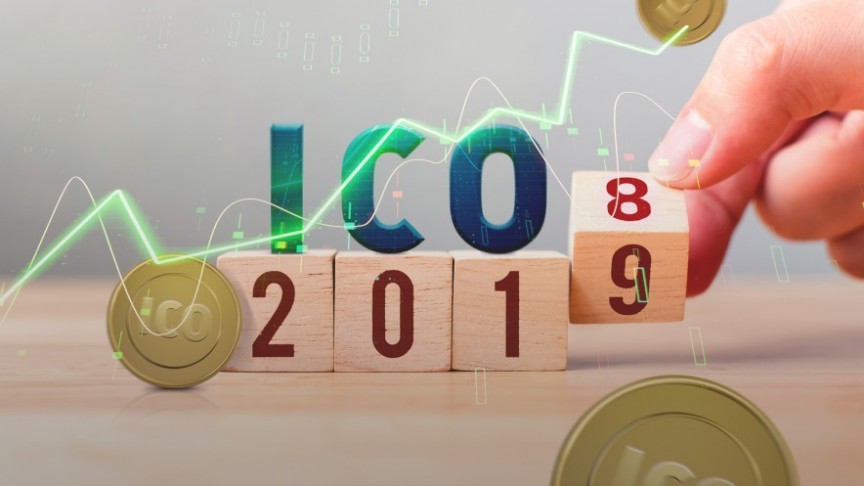 ICOs may have been all the rage in 2017, but the once-popular trend now seems to be on the decline. Recent statistics suggest that the total revenue generated by token sales has fallen rapidly over the past two years. ICOs as a whole generated a whopping $2.6 billion in February 2017, but in November 2018, that total dropped to just $65 million.

The prospects for ICOs in 2019 are just as bleak. There are plenty of factors that could take a toll on ICOs this year, such as increasingly heavy regulations, new types of competition, and persistent technical issues. These problems could drive both creators and investors away. With this in mind, can ICOs face up to the following challenges?

2017 was widely acknowledged as a boom time for ICOs, as new tokens were able to thrive in the absence of regulations. Plus, thanks to the popularization of Ethereum's ERC-20 standard, almost everyone was able to create their own token with minimal effort. However, ICO regulation began to loom in late 2017 when the SEC began to take an interest in regulating tokens as securities.

Although the SEC took action against some ICOs in early 2018, it wasn't until November 2018 that the SEC began to issue penalties and enforce repercussions solely for registration violations. The earliest cases concerned two minor coins called Airfox and Paragon, but now, a top-150 token called Kin is under fire, and Kin's CEO is warning the world that dozens of other tokens are similarly threatened.

There are reasons for optimism: Kin is a fairly high-performing and functional altcoin, and the SEC has looked favorably on other established cryptocurrencies in the past. This means that Kin might survive any actions on the part of the SEC. However, lesser coins that emerge over 2019 might not be so lucky, and the entire ICO industry could be hindered by the SEC's increasingly harsh regulatory efforts.

Security token offerings, or STOs, will also pose a potential threat to ICOs. ICOs have required KYC identity checks for some time now, but security tokens rely on brand-new blockchain platforms with built-in KYC measures. This means that STOs could collectively become the darling of regulators, which could result in ICOs being replaced by their more restrictive counterpart.

Since the security token trend is just beginning, there is no way to say with any certainty how successful STOs will be—although the prospects look promising. Unfortunately, securities can only be purchased by accredited investors, and since many participants will not meet that criterion, STOs could sacrifice the open nature of blockchain and make token sales more exclusive than ever before.

Although Ethereum's ERC-20 token standard still offers an easy way to issue new tokens, some of the projects that have been built on that standard have encountered problems. Most notably, hundreds of millions of dollars worth of Ethereum tokens were inadvertently frozen in late 2017 due to a bug in Parity's Ethereum wallet, and the problem has still not been fixed.

Parity's own Polkadot tokens, along with coins from at least a dozen other ICOs, quickly became casualties of the freezing bug. Although Parity assured investors that their tokens would be recovered by mid-2017, this has not yet happened. Now, Polkadot has reportedly decided to run a new ICO in the absence of any solution—a decision that could soon generate a backlash from dissatisfied investors.

As for unfreezing the tokens, Ethereum developers have been divided on a way to accomplish that task, and no progress has been made since May. Although a large supply of inaccessible tokens does not look good, major changes to Ethereum are not ideal, either. Just as the solution to the DAO hack caused major divisions, any solution to this problem could similarly do damage to the perception of Ethereum and ICOs.

Undoubtedly, some ICOs will be successful in 2019, but even the most anticipated events can be received poorly. In fact, this year has already gotten off to a rough start following Binance Launchpad's much-hyped BitTorrent Token sale. That sale was a success, as it sold out in just fifteen minutes, but along with that success came plenty of controversies.

Due to a bug that caused Binance Launchpad's web interface to freeze, a large number of investors were unable to buy tokens. This error allowed just a few hundred investors to obtain all of the BTT on sale, according to one participant. Although only part of the total BTT supply was distributed during this sale, the barrier to participation generated immediate backlash from those who missed out.

Since upcoming airdrops will continue to distribute a large portion of the BTT token supply, the poorly-run sale will probably not have any lasting effects on BitTorrent Token's functionality. However, the fact that one of the most anticipated ICOs of the year has received major backlash is not a good sign. Once again, this could cause many would-be investors to perceive ICOs as exclusionary and drive down overall interest.

Token sales will face many challenges in 2019, not least of which will be the regulations that loom before them. ICOs will also have to maintain their popularity in the face of persisting issues and new types of competition. Although there are undoubtedly a few big sales to come, ICOs will almost certainly be perceived as more exclusionary than ever before. Even though the ICO market will surely survive the year, it may do so as a shell of its former self.