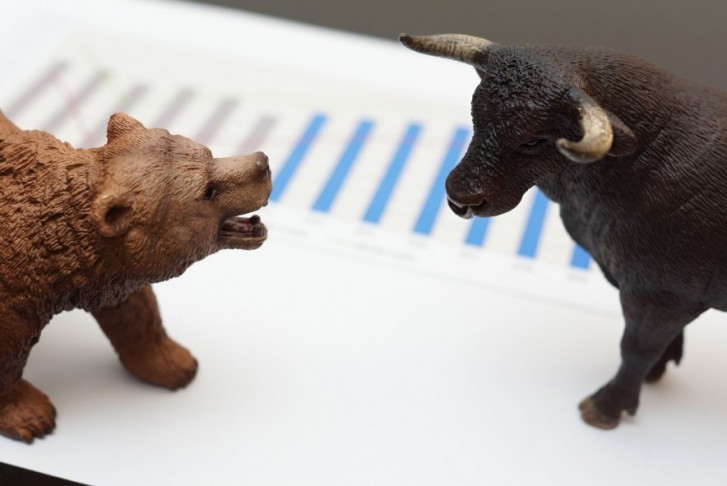 BTC pushing through $7,000 but research model suggests post-halving price surge, LTC joins rewards club and ETH bridge to BTC is in the works.

Billionaire crypto investor Mike Novogratz once again reiterated his bullish stance on Bitcoin, telling CNBC that the coin should retest it’s $20,000 highs by the end of 2020. However, the crypto bull threatened to give up on the market if this didn’t happen, saying,

This is the year of Bitcoin and if it doesn’t go up now by the end of the year, I might just hang my spurs.

Novogratz also noted recently that the unprecedented central bank stimulus actions would hurt the value of fiat currencies and this was always a reason for investing in decentralized, digital currencies in the first place. He added,

BTC will continue to be volatile over the next few months but the macro backdrop is WHY it was created. This will be and needs to be BTC’s year.

It is interesting that Mr. Novogratz is threatening to throw in the towel. Markets always move counter to the majority thesis and prolonged bear markets, with bouts of false hope can flush out even the staunchest of bears. If cryptocurrencies are to go mainstream then it will probably take the markets by surprise and happen quickly. What the crypto investor failed to mention is that the recent Coronavirus market panic has impelled the central banks to bail out the financial system. Without the huge virus-related stimulus, we would likely have seen bank failures and a rush to safe havens. The trillions thrown at the system have kept the fiat system alive and kept governments in control of the money supply.

Bitcoin was higher on the week, but the rally failed to close above the $7,000 level for a third consecutive week, which would normally warn of a possible pullback. The stock markets are also flashing a move lower, so we may see another drop to test the recent lows before a more meaningful rally. Despite this, BTC is trading at $7,130 on the day so we will have to watch how the week plays out. A stock market drop may add to the fear factor once more, but crypto markets may be able to shake it off if all the institutional sellers have gone.

Bitcoin is only a month away from the much-touted “halving” event, where block rewards will be halved for BTC miners. A researcher from the Department of Management, Technology, and Economics at ETH Zurich discussed the upcoming event and noted,

The research discusses a “stock-to-flow” model which suggests a post-halving price of $55,000-100,000. This is not a definitive price target but it will certainly be interesting to see how the price develops by year-end 2020. As the current turmoil settles in stock markets, confidence will return, but the economy may be slower to recover. If BTC were to rally it could bring investment flows in chasing the price higher.

Litecoin has continued its steady bounce from the $30.00 level and now trades at $42.00. The path for the price of LTC will largely depend on the movement in BTC and the overall market.

A recent announcement from the Litecoin Foundation was a new partnership with BitcoinRewards. The Google Chrome extension is an online shopping rewards program that gives Bitcoin and Litecoin to online shoppers. Litecoin’s founder Charlie Lee is a former Google engineer and he has worked closely with the young startup that wants to challenge the current rewards offered by Rakuten and Honey. 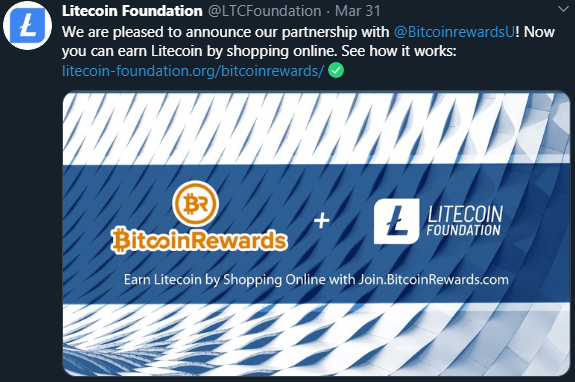 With an average reward of 7% and some exceeding 50%, online shoppers are dumping their old rewards and points based platforms to tap into Bitcoin and Litecoin due to the joint efforts of BitcoinRewards and the Litecoin Foundation.

This type of program could be beneficial for the move towards further crypto adoption and could also see LTC move higher than its number 7 spot in the list of coins if it can provide some further value as a means of payment.

Keep Network announced that it has raised $7.7 million from Coinbase to continue its work on a Bitcoin Ethereum bridge. This has been talked about since the beginning of the cryptocurrency market and could be a game-changer for the sector. Users would store BTC in a crypto wallet and would be able to access the Ethereum network to use its applications.

The robustness of the BTC remains, while tBTC users can exploit the supercomputing features of ETH network. And users have the ability to go back and forth between the two most widely used crypto assets.

The project is still in development but would be one to keep an eye on, especially as Ethereum is progressing towards its version 2.0, which was scheduled for July 2020.

The price action in Ethereum looks a lot like LTC with a bounce off support at the $100 level leading to a current test of the $150 level. The movement in the overall market will decide the fate of ETH for the next week or so but it could be an interesting year, with the BTC halving, ETH 2.0 and a potential move closer to a BTC-ETH bridge platform.