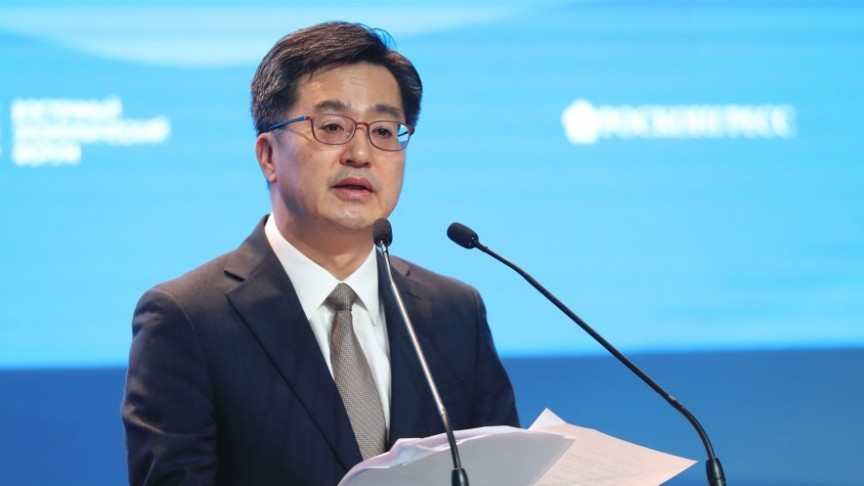 A proposed tax revision that nullifies benefits for crypto exchanges will pass to the South Korean parliament for debate.

As part of its effort to introduce a taxation framework for cryptocurrency by 2019, the South Korean government is weighing a change to tax laws that would displace cryptocurrency exchanges from the startups or Small and Medium Enterprises (SMEs) bracket, which would result in it losing tax benefits that allow for deductions of up to 100 percent.

Earlier this year, the country’s officials had said they wanted to release a tax plan for digital currencies by July 2018, the same deadline that had been set by the G20. The G20 released a statement saying,

Crypto-assets lack the key attributes of sovereign currencies. At some point they could have financial stability implications. We commit to implement the FATF [Financial Action Task Force] standards as they apply to crypto-assets, look forward to the FATF review of those standards, and call on the FATF to advance global implementation. We call on international standard-setting bodies (SSBs) to continue their monitoring of crypto-assets and their risks, according to their mandates, and assess multilateral responses as needed.

South Korea has been studying the developments of the G20 meeting and the regulations imposed by countries like Germany and the United States. They have already created a Virtual Currency Task Force which works with a broad range of officials.

Government officials have said that they do not believe that cryptocurrency exchanges warrant the benefits of the tax bracket they are currently in. Startups and SMEs can claim between 50 - 100 percent in deductions for the first to five years of operation, following which they can claim between 5-30 percent.

The revision of the tax law will be presented to the parliament by August 31, when members will decide as to whether or not the revision should be ratified.

Taxation on cryptocurrency earnings, called “cipher money tax”, has also been delayed. This was expected to be ready by the middle of this year, but a Ministry of Public Accounts’ official offered his reasoning for the delay, we did not set up a separate (cryptographic) taxation system" because it was desirable to approach at the government level." Authorities have decided to postpone tax from profits made on cryptocurrency investments until further notice.

South Korea is a hotbed for the cryptocurrency market, but the nation’s authorities are investing resources into planning how to regulate the space while ensuring both innovation and consumer protection. Recent months have seen exchanges hacked, and there was even a brief period where ICOs were banned.

The proposed revision is a follow up to the months of discussion surrounding cryptocurrencies, which have until now largely focused on consumer protection, given the immediate threat from fraudulent ICOs and non-secure exchanges. The taxation framework is a more elaborate step forward in regulating cryptocurrencies, establishing that if it is here to stay, it must adhere to norms.

We’re trying to legislate the most urgent and important things first, aiming for money-laundering prevention and investor protection. The bill should be passed as soon as possible.

Such bills are an attempt by the government to police rather than crack down on cryptocurrency exchanges. Similarly, the proposed tax, should it be affirmed, will not spell doom for the market. The South Korean government has been planning to offer tax benefits to companies researching and developing nascent technologies, including blockchain technology, which the country is keen to foster.