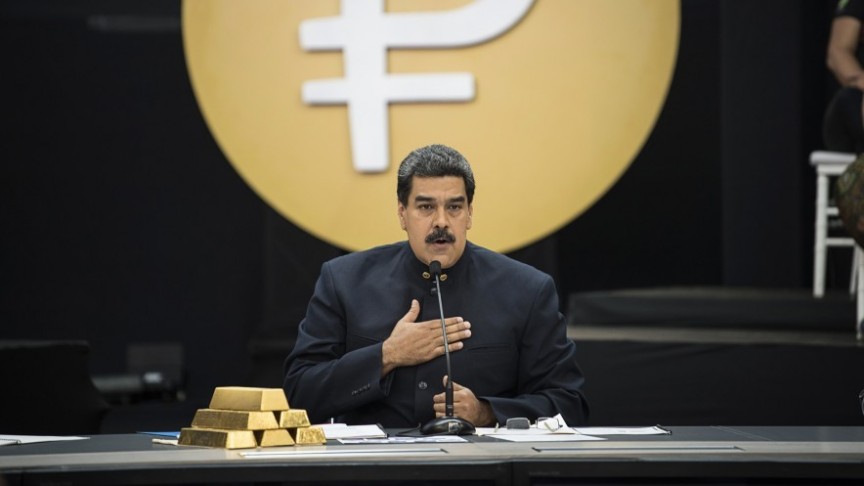 President Maduro announced el Petro will be an official national currency, alongside the revaluated Bolivar, in an attempt to revive the economy.

The President of Venezuela, Nicolas Maduro said in a televised announcement that as of August 20, the Petro cryptocurrency will become the country’s second official currency, alongside the revaluated Bolivar. Maduro added that the Petro will also operate as the mandatory accounting unit for the PDVSA (Venezuela's national oil company).

August 20 has been marked as a national holiday for Venezuela while the government implements its new revaluated currency. The value of the new “Sovereign Bolivar” will be pegged to the Petro and will be valued by deducting five zeros from the preceding currency, the Bolivar. The new Bolivar will become the first fiat currency in the world to be pegged to a digital currency, and the Petro will become the first-ever national stablecoin. According to president Maduro, the Central Bank of Venezuela (CBV) will determine the valuation of both currencies, and it will also develop a salary, pension, and goods pricing system, which will also be anchored to the Petro.

A Response to International Sanctions

These latest developments come as countermeasures aimed at alleviating pressure from the strict international sanctions Venezuela has endured for years. Two decades of dropping crude oil production have pushed Venezuela into one of the deepest recessions ever seen. The International Monetary Fund has predicted that Venezuela’s inflation will exceed one million percent by the end of the year. An indication of just how dire the situation is currently is the fact that one million Bolivars are equal to only thirty American cents.

Venezuelan banks have already been supplied with the new "Sovereign Bolivar" banknotes, which will go into circulation in a week and will coexist with the old bolivar currency until the latter is removed from circulation. Meanwhile, the Maduro government has been extensively criticized by opposing political parties about its monetary policies. Venezuela has tried to circumvent U.S. sanctions by using Petro as a means of payment to conduct business internationally. The Maduro government has incentivized other countries to pay in Petro in exchange for discounted Venezuelan crude oil in an attempt to inject foreign money into the suffering local economy.