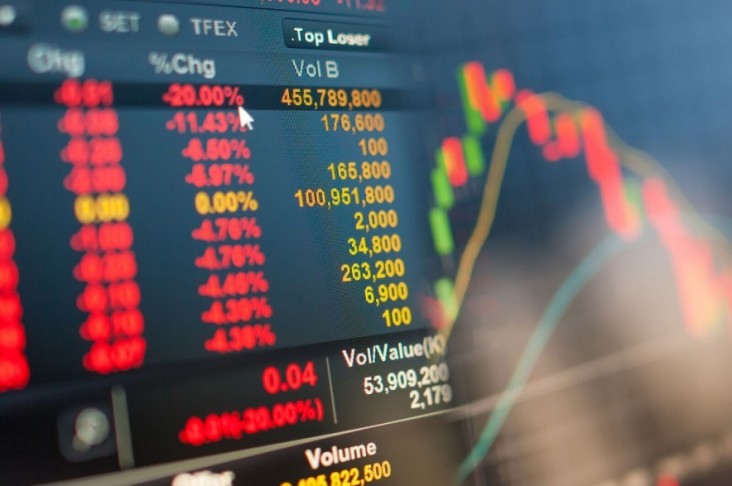 Gains were hard to come by in the cryptocurrency market last week after Bitcoin pulled back from its most recent attempt at the $10,000 level.

BTC was down 9% on the week and dragged the rest of the market lower, with most of the top 20 coins showing bigger corrections of 12-20%. The move lower in BTC was simply a return to the support of the 50-day moving average and that level will determine whether buyers emerge, or the bears push it lower towards $7,000.

Traders will still have the BTC halving in mind, which is scheduled for May. The reward for mining BTC will be cut that month from 12.5 BTC to 6.25. As mining rewards are reduced, this affects the profitability of miners and should lead to a reduced level of new coins on the market.

Ripple’s XRP was one of the coins that were dragged lower by the correction in Bitcoin. XRP failed to break above the 50-day moving average, which also aligned with the resistance level at $0.3000. XRP pulled back to the $0.2370 on the week. The bounce in BTC today has seen XRP trading 5% higher near $0.2400.

Last week saw Ripple strike a deal with Dubai’s National Bank of Fujairah (NBF) to allow the bank to use the RippleNet payments network. NBF’s CEO commented on the deal,

We will always look for the next best thing for our customers as part of our commitment of being the best financial partner for their business and personal needs.

NBF will focus on the lucrative Indian market, where $80 billion of currency is remitted each year to the country, often by foreign-based citizens who send money back to their family.

Ripple’s Chief Technology Officer also noted in a recent video that they were working on technology that would allow third-party currencies or assets to run on the Ripple network. The project’s CTO said,

One of the features that I think is very exciting is a feature that would allow people to launch — well, stablecoins are the obvious use case, but it’s not just stablecoins — it’s essentially assets pegged to some external value.

XRP’s failure to get above the recent moving average and resistance may mean that another test doesn’t happen imminently.

Reddcoin was one of the more positive coins on the day with an 8% gain in the last 24 hours, although this was not on substantial volume. RDD has struggled at a resistance level from early-2019 and would need to get above this to continue the recent advance.

The coin is now trading around the $0.0010 level and a move above the recent resistance level could see it trading at previous resistance around $0.0025.

RDD was originally a fork of Litecoin, with a unique PoSV algorithm as a proof-of-stake coin and the project has been running since 2015. The project set out to become a social network tipping and micro-donation cryptocurrency. Version 2 of the PoSV algorithm was released last year, which the project said was a “quantum leap” for RDD. The development team of RDD is made up of unpaid volunteers, despite financial offers to monetize user data.

LINK continued to press higher levels on the week with the coin trading at $4.20 and trying to move through the recent highs of $4.50. The next week will likely determine whether the coin can advance or pullback to the $2.50 level. The test and support at the previous high of $3.50 is a good sign for the coin.

Chainlink recently struck a deal that will integrate its decentralized oracle network into Ethereum Classic. Ethereum and its sister coin are closed networks and do not permit interaction with third-party data sources. Chainlink’s interaction will allow for this type of data to be exchanged and could provide additional benefits to ETC.

Ethereum Classic has failed to continue its own recent rally. The coin was performing strongly this year with an advance $4.00 to as high as $13.00 but the gains have run out as the coin fell back through the resistance level at $10.00. This is probably the final week that it can create a base for another run at the resistance. If it fails to advance this week then a further bout of selling could occur and see it trading lower in the recent range.

ETC is currently 17 in the list of coins by market cap and LINK sits six places higher with a market cap of $1.5 billion compared to ETC’s $980 million.

The cryptocurrency market in the week ahead will largely be driven by Bitcoin's price action around the 50 moving average. A failure to hold that level could see the coin extend losses towards $7,000 and hurt altcoins once more.