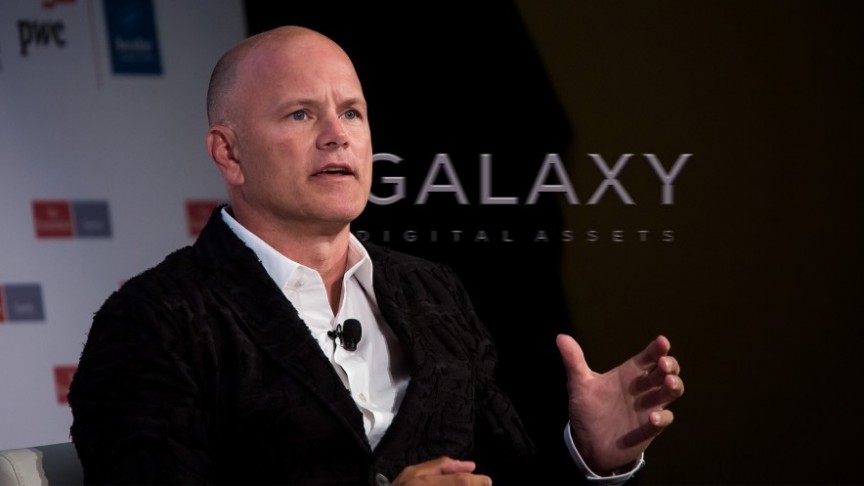 Novogratz's Galaxy Digital has released its first quarterly report. They report a net loss of over $100 million and stock price hovers at $2.60.

Galaxy Digital, the cryptocurrency “merchant bank” launched by vocal crypto enthusiast Mike Novogratz, has been struggling in the market since its listing on Toronto’s TSX Venture stock exchange on Wednesday. The stock opened at a price of CAD 2.75 before dropping 20% in value within half an hour of trading. At the time of writing, the stock value is CAD 2.60.

The company released its first report this year and the Q1 results are not flattering. It registered a total loss of $134 million, with a net loss of $103.3 million in trading. Novogratz, in typical optimistic fashion, is not deterred by the results,

I am very proud of the progress that we have made since the beginning of the year [...I have] complete confidence and Galaxy is strategically positioned to help further institutionalize the digital assets and blockchain industry.

The report also says that the company’s total assets amount to $281.7 million, with $225.8 being digital assets. Novogratz offered $302 million of personal assets to the company.

The plummeting of the market since Bitcoin’s all-time high of December 2017 is a possible cause behind the company's drop in value, given that the majority of their assets are digital. Overall investor confidence in cryptocurrency has been uncertain since the rapid rise of the market in Q1 2018. Perhaps Galaxy Digital’s great confidence in cryptocurrency has investors in doubt.

Despite the sizable losses, Novogratz, with his belief that institutional investment is around the corner, does not seem to think that Galaxy Digital has made a bad bet, saying in a recent interview,

If I knew what I know now, knew the crypto markets were going to swoon as much, and it was going to take so long, I might have stayed private for another year or so and then gone public. But I don't think it's a mistake.

Galaxy Digital launched in November 2017, enduring months of resistance from Canadian regulators with regards to listing, and has made several investments in cryptocurrency since, including a $52.5 million investment in crypto-lending firm BlockFi. They have invested a total of $86.8 million across 11 investments and six acquisitions.

Novogratz initially wished to launch the IPO in the American market, but could not do so, which directed him to Canada instead. However, the lengthy delay in confirmation resulted in Galaxy Digital having to suffer through the market dip in early 2018, where Bitcoin and other cryptocurrencies lost over 50% in value.