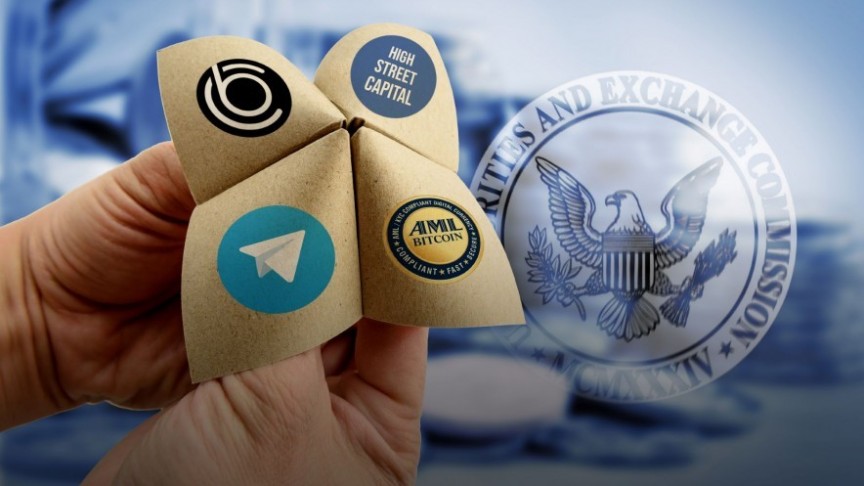 The Securities and Exchange Commission has taken regulatory action against numerous crypto projects this year.

The Securities and Exchange Commission has made several decisions related to crypto projects over the first half of 2020. That includes penalties for ICOs that have failed to register as securities, plus fines and injunctions for fraudulent projects.

At least five projects have been targeted by the SEC this year.

On June 26, the SEC settled with Telegram after a long court battle, alleging that the company planned to flood the market with its TON Blockchain token (GRAM). Now, Telegram will need to return to investors $1.2 billion of "ill-gotten gains" and pay $18 million in fines. If it decides to issue tokens again, it will need to inform the SEC.

Telegram largely abandoned the project in February. It is possible that the crypto community will pick up development where the company left off without fundraising.

The case is notable because Telegram is a reputable company. Whereas other established and non-fraudulent crypto companies paid a fine to the SEC, TON was effectively shut down by the SEC altogether.

Andrade will be barred from serving public companies as an officer or director, and he will be prevented from running future securities offerings. Abramoff will face other injunctions and pay over $50,000 in fines. Further penalties are yet to be determined.

AML BitCoin does not have any relationship with Bitcoin, which is entirely legitimate.

On June 19, the SEC obtained a restraining order and froze the assets of two Pennsylvania-based brothers, Sean Hvizdzak and Shane Hvizdzak.

The SEC alleges that the funds did not perform well as the brothers claimed. While the Hvizdzaks said that the fund yielded 100.77% and 92.90% in Q3 and Q4 of 2019, the investment funds actually lost money at that time.

The brothers also diverted "tens of millions of dollars" to their own accounts by moving that money into banks and crypto exchanges such as Binance and Gemini.

The SEC's announcement does not indicate how much the Hvizdzaks will need to pay in penalties. An investigation is still underway.

On May 28, the SEC announced charges against BitClave, a blockchain-based search advertising platform that raised $25.5 million in 2017.

That sale constituted an unregistered security, and BitClave will need to return that $25.5 million to investors and pay additional fines of $3.8 million.

Bitclave has not been forced to admit to the SEC's findings. Nevertheless, the project seems to have come to an end. Bitclave's CAT token has been delisted from many exchanges, and the company does not plan to continue developing its platform.

In March, the SEC froze the assets of Meta 1 Coin, a cryptocurrency that was supposedly a commodity coin backed by gold and rare works of art.

The project promised a risk-free return on investment of up to 224,923%. The founders made "audacious claims about the Meta 1 Coin and would say almost anything to separate investors from their money," the SEC notes.

Despite its funding, Meta 1 Coin never distributed its tokens to investors. Instead, the founders moved those funds elsewhere and used that money to pay for personal expenses and luxuries including a $215,000 Ferrari.

The project raised $4.3 million; the SEC's announcement does not reveal penalties.

Though the SEC frequently takes action against cryptocurrency projects, it has been relatively quiet on that front in the months leading up to June.

Other recent SEC cases against crypto projects took place in November and October 2019. Those cases featured Sia, Kin, Bitwise, and Veritaseum. Shopin, a blockchain-based online marketplace, was also targeted by the SEC in December.

It should be noted that not every project targeted by the SEC is fraudulent. Some have merely failed to register with the SEC due to poorly defined regulations. Regulatory reform could make it easier for startups to launch crypto projects in the future.