The Friendly Face of Crypto: Are Crypto Collectibles Here to Stay? 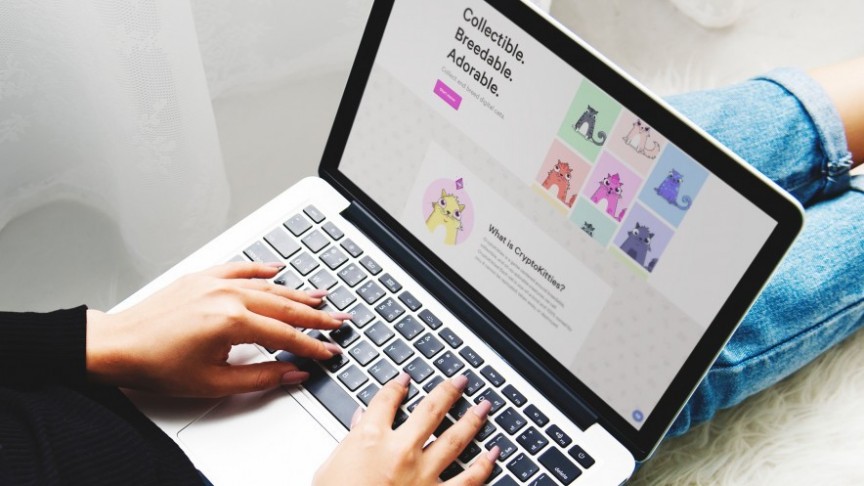 The Friendly Face of Crypto: Are Crypto Collectibles Here to Stay?

Crypto collectibles became a trend last year with the advent of CryptoKitties. Are blockchain trading games a fad or are they here to stay?

Last fall saw the arrival of CryptoKitties, a blockchain trading game which popularized a type of digital assets known as crypto collectibles. The game lets users breed virtual cats with unique features derived from the cryptographic features of the Ethereum blockchain. CryptoKitties soon went viral and spawned many imitators and innovators. By March, just a few months later, an estimated 70% of all Ethereum dApps were similar games.

But the reception was not all positive. CryptoKitties have been frequently compared to the Neopets of the 2000s, or the Beanie Babies and Pokemon of the 1990s, all of which had short-lived periods of peak popularity.

Are crypto collectibles simply a fad, or is there a long-term market for this new creation?

In the fall of 2017, Dieter Shirley created ERC-721, a standard for unique and “collectible” Ethereum tokens, which he then used to launch CryptoKitties. ERC-721 tokens exist on the Ethereum blockchain, just like more traditional crypto tokens do, but the two differ in three major ways.

First, tokens of any given cryptocurrency are fungible, meaning that they are identical and interchangeable in terms of value; one ETH is worth as much as any other ETH, which allows market prices to be determined. But ERC-721 collectibles are non-fungible, each is unique, some have rarer features than others, and the value of a collectible is determined by buyers and sellers, not according to a market price.

Second, cryptocurrency tokens can generally be split into very small fractions of a token; the amount of ETH you hold can be measured down to a wei, or a billionth of a billionth of an ETH. But ERC-721 collectibles are indivisible tokens.

In both cases, a token’s value is determined according to scarcity. Tokens that are harder to obtain are in higher demand and have higher market prices. A cryptocurrency’s scarcity is determined by limits on the entire token supply. But, and this is the third difference, ERC-721 tokens have scarcity individually - a rare collectible is rare all by itself.

Thus, crypto collectibles were born, and they brought a whole new market along with them.

There are several reasons that crypto collectibles could be a passing craze. The first is merely the fact that particular types of collectibles might not stay in demand and lose value, just as various altcoins do. The once-viral CryptoKitties have lost most of their popularity, and Etheremon is gaining ground.

But unlike cryptocurrency, crypto collectibles often have single points of failure. Many are centralized and rely on a smart contract controlled by a single party. That smart contract could be left unmaintained, or the owner could be ordered to disable the contract. This would effectively end the game, although in some cases it may be possible for people to resurrect it.

There is one other problem that will probably be solved in the future: slowness. Despite the fact that ERC-721 worked in exactly the way it was intended to, CryptoKitties bogged down the Ethereum network. One solution to this is the creation of sidechains that perform transactions without burdening the main network. Another is the creation of new token standards, such as ERC-1155, which will reduce the burden on Ethereum. Some games, like Etheremon, are even migrating to non-Ethereum blockchains. And since Ethereum as a whole is working to increase its scalability, Ethereum’s collectible-based games are unlikely to permanently grind to a halt.

The problems listed above probably won’t kill the genre of crypto collectibles. There is undeniably a wide appeal in crypto collectibles, and they target a potentially untapped audience. Some say that collectibles attract people who wouldn’t otherwise be interested in crypto, allowing them to learn about it in an entertaining way.

But the appeal to “beginners” is somewhat dubious - most crypto collectibles have a gambling aspect. The market value of a CryptoKitty, for example, is derived from digital breeding and genetics; when you buy one, you are essentially playing a lottery. A rare CryptoKitty can fetch an astounding amount of money, sometimes in the five-figure range. As with previous fads, like multi-thousand dollar Beanie Babies, the amount of money changing hands casts some doubts on the innocence of the operation.

Although they are uncomfortably close to the fads of yesterday, collectibles may also have a place in long-lasting markets. The art world and mainstream video games are two markets that are sure to last and have problems with fraudulent collectibles. Since crypto collectibles are nearly impossible to fake, the technology introduced by them may be a solution that other markets can adopt.