A Long-Term Plan: Monero Is Looking for Lasting Solutions to ASIC Mining 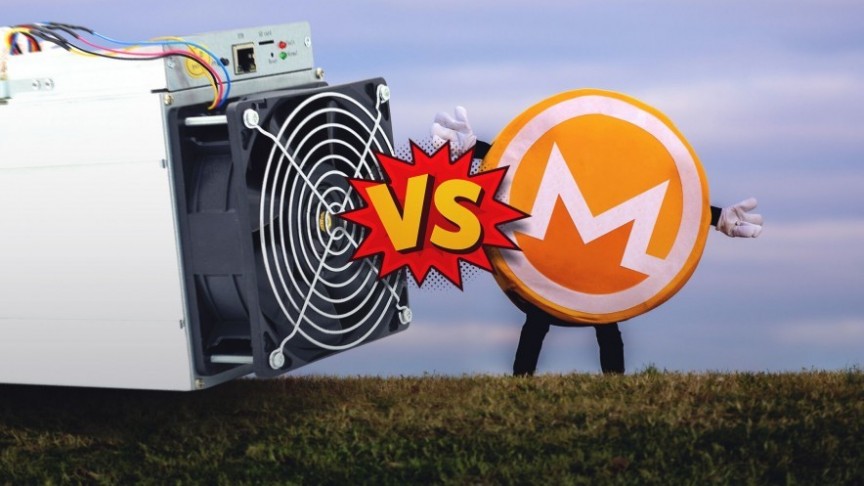 A Long-Term Plan: Monero Is Looking for Lasting Solutions to ASIC Mining

Monero's recent upgrade succeeded in warding off powerful ASIC miners. However, this won't last forever. What are the project's future plans?

Monero is best known for its privacy features, which ensure that every one of its transactions is kept confidential and untraceable. But Monero also has a secondary goal: the project is aiming to keep mining profitable for as many participants as possible. The goal is to ensure that the blockchain network is maximally secure and decentralized.

However, decentralization is being threatened by ASICs, which are powerful mining devices designed to mine a particular cryptocurrency. If a single entity controls most of a cryptocurrency's ASIC supply, that entity can potentially take control of the cryptocurrency itself. This is a problem for all mined cryptocurrencies, but Monero is fighting back.

Monero is already taking steps to resist ASIC mining, which sets it apart from many other cryptocurrencies. Monero fights ASICs by periodically tweaking its mining algorithm. Since ASICs are designed to perform very specific tasks, they can easily be rendered useless and unprofitable⸺Monero only needs to ask its miners to perform a different task.

So far, three Monero upgrades have introduced ASIC resistance, the most recent of which took place this March. New algorithms are included with each upgrade, and those algorithms are activated when miners collectively update their software. However, a prominent Monero developer is now suggesting that the strategy must be retired:

I think we can all agree the current strategy of periodically tweaking the PoW algorithm is not working and is even potentially dangerous. As such, we have to come up with a long-term strategy. / dEBRUYNE-1

The above statement may come as a surprise since most sources are reporting that Monero's upgrades have successfully eliminated ASICs. It is easy to tell whether ASICs have been driven away from Monero, and the evidence suggests that this is indeed happening. After each upgrade, Monero's total mining hashrate has sharply declined.

This indicates that ASIC owners are no longer using their mining devices and that those devices have been rendered unprofitable. But although ASIC miners have left the Monero network immediately after each upgrade, new ASICs usually begin to appear quite quickly. Furthermore, new ASICs are not getting weaker, it seems:

[Algorithm changes] were also meant to keep ASICs away...and improve ASIC resistance with each iteration. Both those objectives have failed, as ASICs appeared on the network after a mere three months following the second tweak. / dEBRUYNE-1

However, some argue that new generations of ASICs may be getting weaker after all. One developer, Gingeropolous, notes that more recent waves of ASICs may actually be less efficient than their predecessors. That said, other developers argue that a long-term solution is needed. Another lead developer says this has always been the case:

I've said from the beginning that ASIC resistance is ultimately futile. As Monero grows bigger, ASIC manufacturers will get smarter ... We have no way of telling if our reliance on vtnerd making changes at the last minute is at all meaningful. / Riccardo Spagni, aka "fluffypony"

In the short term, it is likely that Monero will deal with the ASIC problem by abandoning its CryptoNight algorithm in favor of a new algorithm called RandomX. As the name suggests, this algorithm requires miners to solve random problems. Randomization puts ASICs at a disadvantage, as they are designed to perform very specific tasks.

However, RandomX has its drawbacks. Since it is a brand-new algorithm, it will need to undergo costly audits and testing. Nobody knows whether it is truly ASIC-resistant. Additionally, RandomX would only allow Monero to be mined on CPU systems, not GPU systems. Furthermore, mining will only be feasible on devices with at least 4 gigabytes of memory.

These intense memory requirements would, however, provide other advantages. RandomX's heavy memory consumption would make it difficult for attackers to hide mining software in a background application. This could reduce the viability of mining malware and cryptojackers, meaning that RandomX might combat more than just ASIC mining.

Powerful ASICs can allow small groups to accumulate control over a cryptocurrency. This is already happening with Bitcoin, where mining is dominated by manufacturers such as Bitmain and large data centers. Concentrated mining power introduces the risk that a coin will be targeted for a 51% attack, and although such attacks have only targeted minor altcoins so far, they are a grave risk.

However, ASICs are not actually a problem in and of themselves⸺concentration of power is the real problem. As such, it is possible that Monero will adopt an ASIC-friendly algorithm in the future. If an effective interim solution is implemented, Monero miners might be able to earn enough revenue to invest in their own ASICs. If everyone has an ASIC, mining power will be widely distributed.

But no matter which approach Monero takes in order to solve the ASIC problem, it will be just one option. Other coins, such as Ethereum, plan to abandon mining altogether and use staking instead. It is fairly difficult to implement staking in a privacy coin, but some, such as PIVX, have managed to do so. Monero, though, will remain dependent on mining for the foreseeable future.