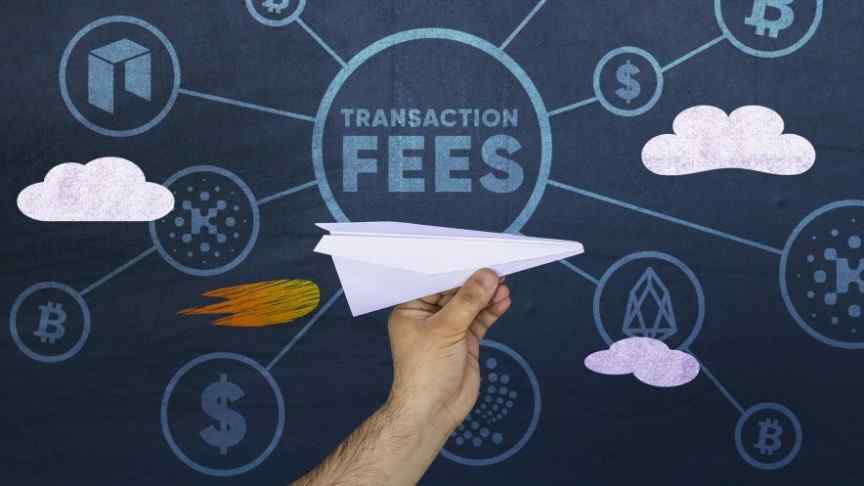 Platforms like EOS, NEO, IOTA, and Kin have eliminated transaction fees. This offers a better user experience -- but is it better overall?

Bitcoin has become infamous for its high transaction fees. Although these fees are much lower than they once were, a single Bitcoin transaction still costs about $3. As a result, many of Bitcoin's competitors have promoted themselves with the promise of low fees. However, some cryptocurrencies take this a step further and attempt to do away with fees entirely.

EOS is one blockchain that does not charge fees for transactions. Instead, each new account is required to purchase RAM from block producers. This RAM is needed to actually perform transactions and execute smart contracts on the network, and more demanding apps will require account creators to pay for more RAM.

This model means that app developers cover the cost of transactions rather than app users, but it also (indirectly) ensures that block producers receive rewards for performing transactions and providing RAM.

This is obviously beneficial in one regard, in that EOS apps are very accessible to users. As EOS creator Dan Larimer has noted, "a decentralized search engine would struggle to attract users from Google if it charged a small fee for every search." Although some blockchain apps deal exclusively with transactions, others simply have no reason to charge fees.

NEO has partially done away with fees by dividing its tokens into two varieties: NEO and GAS. The NEO token is indivisible and is not intended to be used for payments -- it is more like a "share" in the NEO platform than it is a cryptocurrency. There is no fee to transfer NEO tokens.

Meanwhile, the GAS token is required to execute smart contracts on the NEO blockchain. Every execution costs 10 GAS, although initial executions are free. Once developers pay GAS fees, GAS is redistributed to NEO holders.

In other words, NEO puts the cost of most transactions on developers while unburdening basic users and rewarding stakeholders. This is similar to EOS's approach, which charges developers who request work, although NEO more explicitly tokenizes network resources.

By Making Users Do Their Own Work

Most blockchains do not demand that users participate in transaction confirmations, and instead distribute that task across the network. Bitcoin relies on miners, EOS relies on block producers, and NEO relies on various nodes.

IOTA takes a different approach: instead of paying a miner or node to confirm your transaction, your device must simply confirm two previous IOTA transactions before your own IOTA transaction is validated.

By Subsidizing the Platform

Although blockchains are often developed by a community, some are built by companies, which can afford to cover transaction costs. Kik, a chat app, has managed to eliminate transaction fees in this way.

Although Kik originally considered introducing a token on the Ethereum blockchain, it found Ethereum's fees to be too high. Instead, it forked its own proprietary blockchain, Kin, from Stellar.

At the moment, Kik is responsible for most of Kin’s block voting and transaction confirmations. As a result, Kik can easily cover the cost of Kin transactions without charging transaction fees. However, Kik may gradually give control of Kin to partners who serve as trusted nodes, although the state of these partnerships is unclear.

These Kin nodes would be paid from a reserve based on how much economic activity they produce. In other words, Kin nodes are not compensated based on the cost of running the blockchain and are instead paid by a company.

Each blockchain platform described above has zero transaction fees -- in other words, each succeeds in taking the burden of cost off of the users. However, the cost of performing transactions is not actually eliminated from the network, and is merely displaced. Either developers, companies, partners, or the platform hardware itself carries the cost.

This means that blockchain developers must still work to keep costs low. If costs are too high for any participant in the network, complications are introduced and incentives decreased. EOS, for example, suffers from high RAM costs, forcing the network to continually reduce the cost of creating accounts.

In other words, ineffectively displaced costs may drive away development and partnerships, an outcome that may be just as bad or worse than driving away users with high transaction fees.

Furthermore, many popular blockchains have achieved near-zero fees, which may be a more realistic model than no fees at all. Although advocates such as Larimer may be correct that users have come to expect some activity to be free, it is not clear that feeless blockchains will, in general, surpass the popularity of blockchains that maintain very low fees by improving scalability. Low fees in tandem with high scalability can be a very effective selling point, especially if a blockchain is already popular for other reasons.