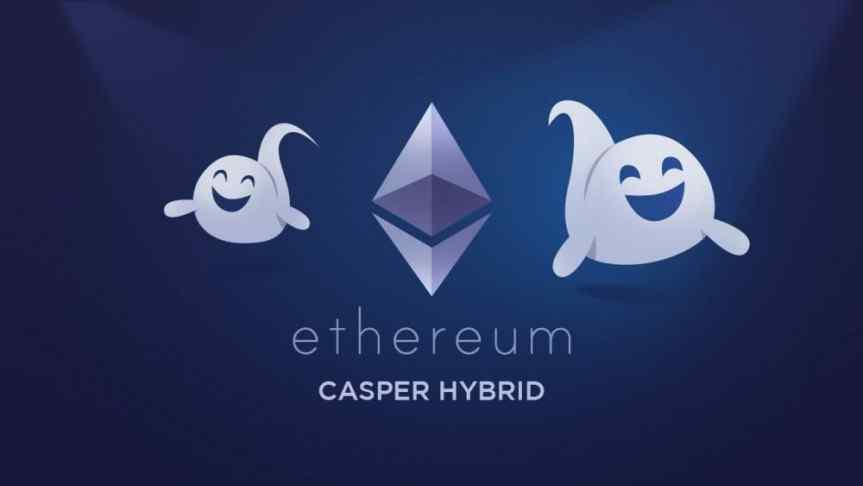 Ethereum has outlined a strategy for the first steps towards migrating Casper, its hybrid PoS (FFG) implementation, onto mainnet.

The gradual transitioning of Ethereum from a Proof-of-Work to a Proof-of-Stake consensus model has been on Ethereum's roadmap (as outlined in their Yellow Paper) since the launch of the Ethereum protocol. Therefore, the recent announcement that Ethereum now has a formal strategy in place to migrate Casper, its hybrid Proof-of-Stake (FFG) implementation, over to mainnet is a highly anticipated and heavily foreshadowed event.

Defining the Difference Between PoW and PoS

Proof-of-Work is the mining method used by Bitcoin as well as many other cryptos, including, up to now, Ethereum. Briefly stated, Proof-of-Work (PoW) and Proof-of-Stake (PoS) are two different consensus algorithms that produce the same result (new blocks are verified and added to the Blockchain) but by different methods.

The logic of consensus algorithms is what propels all activity on distributed public ledgers. Whether PoS or PoW, the result is the same: validated transactions are ordered and placed into chained blocks, which ensure an updated ledger that is consistent with the total history of the records.

In the PoW method, miners compete using computational power to solve the mathematical problems that facilitate each new transaction's addition to the chain. The miner that wins is rewarded with tokens. This process requires massive amounts of electricity and CPU.

PoS is not a competition and there is no block reward. Instead, the miner that creates the new block is chosen deterministically depending simply on how much "stake" they have in the Blockchain application (how many tokens they hold). The benefit for Ethereum is that PoS is a cheaper and greener consensus method, which should solve some of the fundamental downsides of Bitcoin and other PoW coins.

Ethereum and Cardano are the two main groups dedicated to the research and development of PoS-based public ledger systems. In comparison to Ethereum's Casper, Cardano's iteration of PoS (called Ouroboros), adopts a slow and deliberate approach based on formal proofs and academic peer review.

Proof-of-Stake migration has been on the top of the agenda for Ethereum throughout 2018. The proposal for implementing the first hybrid PoW/PoS mechanism (called Friendly Finality Gadget) was submitted on the 20th of April.

The hybrid mechanism works as a smart-contract-based overlay on top of Ethereum's existing Proof-of-Work foundation. It is a partial consensus mechanism which integrates new PoS algorithm research and Byzantine fault tolerance consensus theory.

The April 20 EIP draft proposes layering the Casper FFG (first outlined in a paper published in October 2017) in a conservative step-by-step manner that will require minimal adjustments to the protocol. The goal is to move toward eventual full PoS maturation, but slowly in order to avoid any unintended and systemic consequences that such changes in the functioning of complex systems often have.

Among other changes, Ethereum's PoS migration is expected to pave the way for Vyper, a Python derivative and a more formalized and less permissive language for defining smart contracts. This is only one of many proposed evolutions that are sure to keep Ethereum in the news in the coming months.