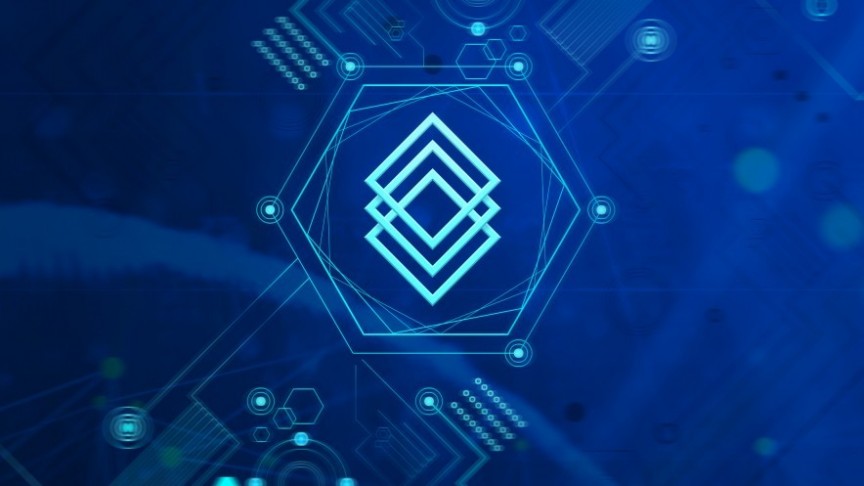 What is an operating system for collective intelligence? What is the function of the GEN token? And why do we need holographic consensus?

Read part 1 of the DAOstack series to learn about the theoretical roots of DAOs and to understand the issues surrounding blockchain governance.

The short answer is that it is an operating system that inhibits the new form of organization, called DAO, which we looked at in DAOstack Part 1. You can basically think of it like this, DAOstack is doing for blockchains what WordPress has done for the web.

DAOstack is doing for blockchains what WordPress has done for the web.

The longer explanation, and the richer, is that the DAOstack project is the culmination of years of research and development in the area of decentralized governance. It provides the basic tools for the creation of decentralized communication infrastructure of the internetation and governance of DAOs, internally and externally within a broader ecosystem. 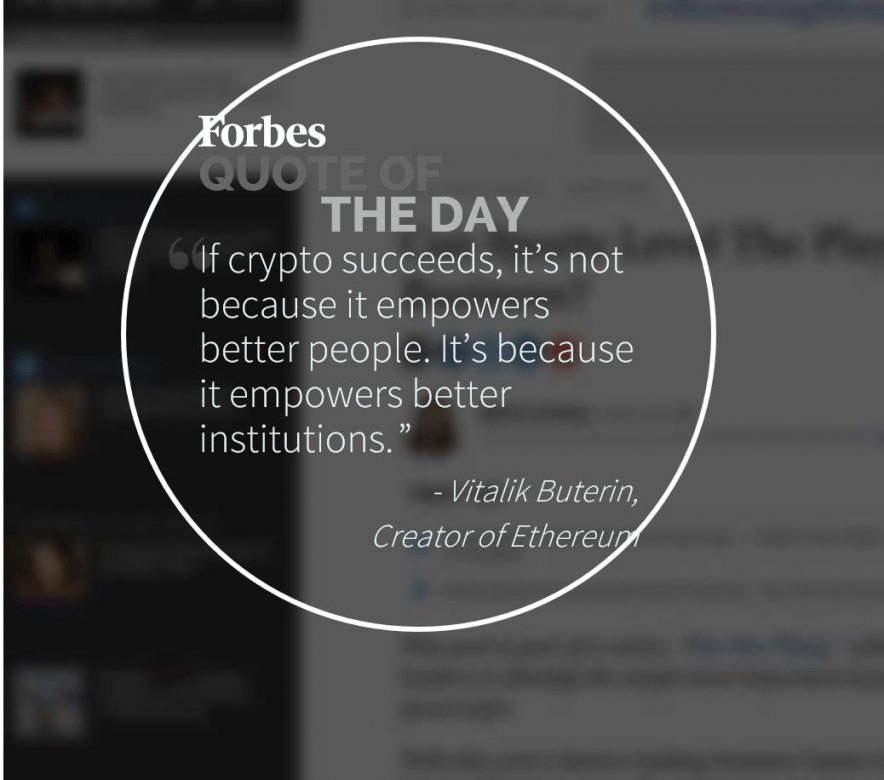 An Operating System for Collective Intelligence

DAOstack is intended as a modular platform, generic toolkit and an operational stack for programmatically deploying DAOs.

The unit of governance is an agency or a DAO, and DAOstack allows for configuring or choosing the best governance model or template suitable for a given organization and implementing it using the DAOstack base layer (hence the WordPress analogy).

Blockchains or distributed ledgers form the backbone for running decentralized applications, and DAOstack building on top of Ethereum could also have significant implications for scaling Ethereum itself.

The DAOstack ecosystem is thought of as a multitude of distinct and interoperable DAOs, interacting with one another in order to maximize the potential benefit of open and distributed collaboration while accommodating for structural diversity.

DAOstack aims to set the conditions for a scalable cooperative environment that combines the scale and efficiency of markets with the alignments and coherence of small companies and startups, laying the groundwork for a systematic decision-making engine that can scale up and is capable of evolving many different DAOs over time.

It is designed to serve as a toolkit for exponentially scalable organizations that would enable and catalyze the future of collaboration. It’s a platform for decentralized governance that enables collectives to self-organize around shared goals or values, easily and efficiently.

It’s a platform for decentralized governance that enables collectives to self-organize around shared goals or values, easily and efficiently.

This is why it is sometimes called an operating system for collective intelligence.

DAOstack is a software designed to unfold an ecosystem of softwares in which GEN is used as the native utility token.

GEN is a skin-in-the-game token that forms a prediction layer on top of the governance layer as a mechanism for efficiently managing collective attention and processing proposals so as to filter out what should be voted on.

Thanks to the GEN token, the tension between scale and resilience is resolved by crypto-economically monetizing the gaps between the status quo and (subjective) truth by promoting proposals and calling for attention, regulating the rate at which proposals are submitted.

The rate is regulated such that the more proposals arrive in a given period, the more expensive they become; the more at stake, the more attention and involvement it naturally attracts. This rationale is an attempt to abstract and combine the general principles of market efficiency at scale with the cohesion and orientation of small companies, organizations and firms.

This prediction game/market running parallel to the voting apparatus is critical for enabling large-scale, resilient and decentralized decision-making and governance processes.

The process of forming a decision requires the attention of voters and the more proposals or decisions there are to evaluate, the more attention is required. But since attention is a scarce resource, in order to form a resilient decentralized decision-making system, attention should be monetized in a manner reflecting its scarcity. For DAO governance, attention needs to be monetized with the token reflecting the community of agents whose attention is being called for.

From that angle, GEN is the “gas” measured in purchasable collective attention (similar in a way to how Ethereum's gas is paid for computers' attention). That is, it attracts predictors to screen and stake over incoming proposals, thereby outsourcing the navigation of collective attention to an open market for greater efficiency - similar to prediction markets and derivatives that produce economic signals unearthing inefficiencies and bringing them to the surface. Predictors are like the miners of the DAOstack network that identify social inefficiencies (e.g., identify an underevaluated proposal). GEN is similar in principle to Augur's REP token in that it is used to stake on predictions (or inversely bring forth their occurrence), albeit in a different context.

Importantly, GEN cannot be used to buy votes or voting power. This is because they are only used to stake for or against proposals which get voted upon by reputation-holders, which ultimately decide whether a staked proposal is passed and thereby whether the GEN token holder who staked his tokens on that proposal profits or loses his stake; thus creating an incentive to carefully consider the proposals that come to the attention of voters.

Agencies, DAOs and DApps (Decentralized Applications) are all based on circular token economies. The general idea being that tokens are distributed to contributors of value that is contributed to the network. On the other hand, the token benefits from the value created by the network so the more value created, the higher the value of the token, the more the organization has the capacity to incentivize further contribution of more value, etc.

ANT defines tokens as quasi-objects that are passed between actors within a network who facilitate the interactions that bring certain objects, orders and agencies into being. As a token is increasingly transmitted or passed through the network, it becomes increasingly punctualized and reified. Inversely, when the token is decreasingly transmitted, or when an actor fails to transmit the token (e.g., the oil pump breaks), punctualization and reification are decreased as well.

The dynamics of the GEN token is at the heart of DAOstack's Holographic Consensus - a class of consensus protocols intended to accelerate super-scalable organizations that form mutually benefiting ecosystems of cooperation, decentralized communication infrastructure of the internet.

The GEN token contract can be found here and is presently traded on HotBit, IDEX and EtherDelta (ForkDelta).

Any decentralized governance system has an inherent tension between scale (number of processed decisions) and resilience; between the flexibility of decision-making and being able to align with the will of the majority as weighted by voting power.

Holographic consensus is any kind of consensus that allows for decisions to be made by an arbitrarily small group or a subgroup within an organization (also referred to as relative majority, without the need for quorum) in such a way that these "edge decisions" are guaranteed to be in line with the will of the (absolute) majority.

This inter-subjective or holographic consensus is achieved in DAOstack by allowing groups to make decisions under specified conditions or constraints (the do's and dont's of the DAO) that ensure the alignment of interests. These could be, for example, delegating under defined constraints (analogous in principle to off-chain computations in guaranteeing data integrity, but applied in the context of social governance).

This resembles a hologram effect where every piece of the hologram actually contains the information of the entire image.

It is important to actively protect collective attention by limiting and filtering the number of proposals, which is accomplished via the utility of the GEN token as explained above.

The holographic consensus family is integral to the goal of maximizing cooperation by finding overlapping common grounds, thereby scaling a fractally structured network of sub-networks with economic and reputational relationships between them (relationships being more sophisticated forms of transaction).

Communities that are systematically like-minded, for example, will appreciate the same content, aggregating it in that particular "neighborhood" of communities, strengthening these particular forces of alignment and gradually enabling the capacity for indirect coordination and more specific configurations of people to take certain decisions about complex scenarios.

Additionally, failing to address or align the economic incentives of the target market participants has hampered the execution of many projects and is what plagues many ICOs and the manner in which they are carried out. DAOstack in that sense offers a more efficient mechanism for filtering out relevant ideas and projects for their respective target audiences and a framework of collective reasoning which allows for those ideas to be sustainably developed and furnished through time.

The DAOstack Articles is a unique 3-part series exploring the theoretical, technical and social roots of DAOs, specifically the DAOstack project. Part 1 explores the theoretical roots of DAOs and the broad issue of blockchain governance, citing some of academia's greatest names. Part 2 examines the DAOstack as an operative system for collective intelligence, looks into the GEN token, and discusses the need of holographic consensus. In part 3, coming this Friday, we will look at the workings of the stack, mention some inspiring DAOstack pilots, and finally introduce you to the team.