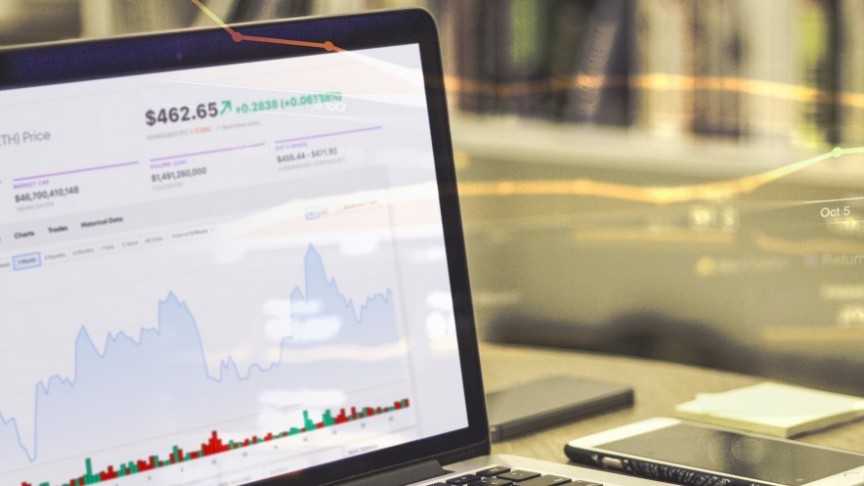 Ethereum Classic has failed to hold onto its early gains driven by the Coinbase listing and the coin is now facing sharp losses for the week.

Ethereum Classic has failed to hold onto its early week gains on news that it would soon be listed on Coinbase, with the coin now seeing sharp losses on the week. The reversal that we have seen in Bitcoin has attracted further sellers and this has dragged the cryptocurrency market lower with very few coins showing strength.

The news of the Coinbase listing saw a strong move in ETC from the $14.00 area to test resistance at $20.00. The weekly moving average rested at this upper level and there was hope that we could close at these levels and continue to move higher.

The gains, however, were shortlived as the continued selling in Bitcoin, dragged on the already weaker Ethereum, bringing a negative tone to ETC. We are now threatening the $14.00 levels again and the risk of a bearish close is growing as we approach the weekend, which could weigh on ETC in the weeks ahead.

The price action in ETC is highlighting a problem that has been seen over the last months in the top 20 coins where strong moves, driven by news catalysts, cannot find volume to hold the higher levels. This is indicative of the light volume that we are still seeing across the market as investors shift to new coins. I have seen good looking technical setups in various coins which didn’t materialize due to general market selling.

It’s likely that we are seeing a failed breakout in the weekly chart and the next level on the downside for ETC would be the April lows of $13.00.

Ethereum Classic emerged in 2016 after some members of the Ethereum community rejected the vote for a hard-forked version of Ethereum, which was created after 3.8 million Ethereum was moved from accounts without users consent, exploiting a vulnerability.

Stellar Lumens has been another coin that showed strong potential but was unable to hold onto a bullish setup. XLM had been boosted by news of further attention for IBM but the price has fallen 10% and bounced off the $0.20 level.

On a weekly chart, it looks like XLM will seek support for a double bottom before it moves any higher. The bounce higher yesterday may create a small rally, but the weakness of the overall market looks set to weigh on the price of XLM without further catalyst.

IBM was in the cryptocurrency news once more after it was revealed that they had recruited 94 companies to their global trade blockchain platform, which is a joint venture with the Danish shipping giant Maersk. “TradeLens” has attracted port operators and logistics firms who are excited about a project that could simplify their complex operations. I noted in a recent article that the Commonwealth Bank of Australia had tracked the world’s first commodity shipment via blockchain so this is a growing movement and IBM are certainly a company to watch out for due to their support for the Stellar network, on which they will soon be running a stablecoin.

EOS has been weak over the last two weeks and the price has broken a key upward trendline this week, which hints that a test of lower levels is the likely path for now. If we see the market probe lower then the weekly support levels around $4.00 will be the next key target for EOS to try for a double bottom formation. Without a news catalyst, EOS is unlikely to see any substantial upside rallies in the next couple of weeks.

In news regarding EOS, an Australian startup, Havven, is planning to issue a stablecoin on the EOS network sometime this year. The USD stablecoin currently operates on Ethereum and is tied to the US Dollar. The company’s goal is to offer cross-blockchain stablecoins.

Havven’s founder commented on the reasons for the double network launch,

At this stage, cryptocurrency is still in its infancy, so it's not clear which blockchains will manage to scale. It's important […] to provide cross-chain compatibility, so their success isn't bound to the success of whatever chain they've chosen.

In my article on July 28 I wrote about the outlook for TRX stating,

TRX is currently trading around the $0.036 level and is consolidating nicely within a triangle formation. The direction that we break from this triangle will decide the next path for TRX and we are hovering above some key support on the weekly chart.

The price since broke lower through that level and we got the inevitable selling to the weekly support levels around the $0.30-0.25 level. This level may provide support for TRX, although we will need to see a signal to buy, which may take some sessions to play out. As with the overall market, we must proceed with caution whilst the market is weak.