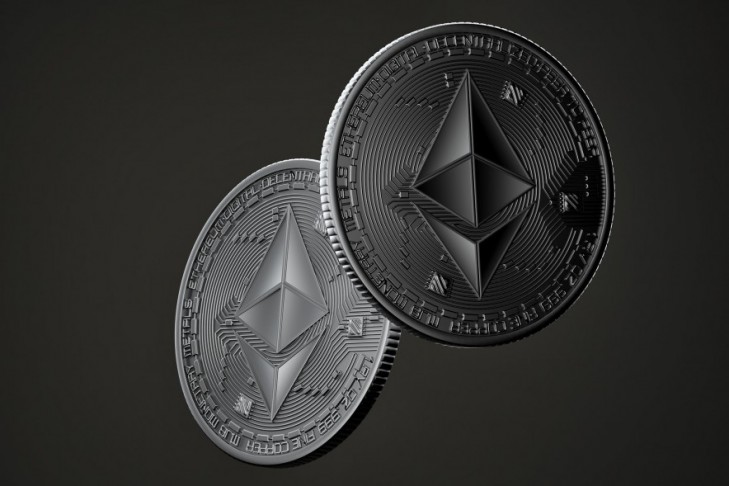 The price of Ethereum was higher this week but has dipped in the last few days from resistance at the $1,700 level.

This is a very important crossroads for ETH as we can see on the price chart. The $1,700-1,800 level has marked the top of a steep uptrend channel and we are now testing the May lows of around $1,670. The price action this week could determine whether ETH can continue higher or see a near-term correction.

There are fears that the coin could dip ahead of the upcoming Merge upgrade due to an airdrop. This is playing out in the futures market with a backwardation event, where the futures price becomes lower than the spot price. That is because of a lack of lower demand in futures traders who maybe see the coin as priced in for now. Ethereum futures quarterly contracts, scheduled to expire in December 2022, now trade lower than the spot price, and futures traders obviously see a year-end dip.

However, there is also talk of a potential chain split which could be bullish in the run-up to the Merge, according to some analysts. Roshun Patel, former VP of institutional lending at Genesis Trading, said that December Ether futures have flipped into backwardation due to Ethereum "fork odds," which could prompt traders to buy spot ETH ahead of the Merge. The answer will play out over the next couple of months as the ETH chain heads closer to the Merge.

Meanwhile, the International Monetary Fund warned crypto investors, "there are others that could fail," in response to the recent Terra Luna collapse.

"We could see further selloffs, both in crypto assets and in risky asset markets, like equities," said Tobias Adrian, director of monetary and capital markets for the IMF. "There could be further failures of some of the coin offerings—in particular, some of the algorithmic stablecoins that have been hit most hard, and there are others that could fail."

Ethereum Classic has continued its advance and posted gains of around 180% in July.

"ETC is being driven by speculation that ETH miners will go to ETC and potentially, there could be another hard fork benefitting them," IntoTheBlock analysts said. The move in ETC has been driven by the upgrade to the Ethereum chain that is set to complete this autumn. The transition from a proof-of-work (PoW) blockchain to a proof-of-stake (PoS) blockchain in Ethereum has seen miners move back to ETC.

Ethereum Classic is the only real chain that will be compatible with ASIC technology, and miners that own expensive rigs will want to keep using that machinery.

"Ethereum's mining network is made up of two types of hardware: ASICs and GPUs," Messari's Sami Kasab said in a report. "The problem with ASICs is that they can't be repurposed for different applications besides mining ETH. Ethereum Classic is the only other PoW coin that can be mined with an ETH ASIC, since its hashing algorithm is compatible with ETH's algorithm."

The price of Ethereum Classic has now risen to $36.50, and the price action is playing out in a classic channel pattern. The resistance at the $42-45 level will determine whether ETC can continue moving higher.

Optimism was the aptly named project that provided the biggest gains this week. The price of the coin now trades at $1.65 after lows in July at $0.40.

The Optimism project leans heavily on the Ethereum blockchain and calls itself “a low-cost and lightning-fast Ethereum L2 (Layer 2) blockchain.”

The project provides strong interoperability with Ethereum and the Ethereum Virtual Machine, and developers may want to build apps on this blockchain and then transfer them later to Ethereum.

Last month, the project launched the Optimism Collective: a “large-scale experiment in digital democratic governance, with a mission of realigning the internet with its constituents.” There is currently a first airdrop ongoing in the project.

The market cap for OP is $385 million, and the project is ranked number 98 on the list of coins.

The price of Ravencoin is also up around 150% from its low.

Ravencoin has moved back into the top 100 cryptocurrencies and is a Bitcoin clone that seeks to solve some of the problems with the original BTC chain.

For example, RVN has a faster transaction time of 1 minute compared to over 10 minutes in BTC. While BTC has a limited supply of 21 million, Ravencoin has over 11 billion, making it more affordable than BTC with lower transaction costs.

Ravencoin also lets users mint tokens on the chain with the potential to mint financial assets, entertainment tickets, and gift cards or rewards.

A recent article discussed the use of NFTs or blockchain for sports tickets and said:

“…the NBA is looking into NFT ‘ticket stubs’ to fans when they redeem their tickets at a venue. Why? Because ticket stubs from memorable games turn into big money down the line, and currently, the NBA sees none of that. However, NFTs can be programmed to funnel a percentage of all future secondary sales to a given address, in this case, owned by the team that issued the tickets. In this way, fans retain something that may prove to go up in value, and the NBA generates a new stream of passive revenue from secondary market activity. It’s a win-win.”