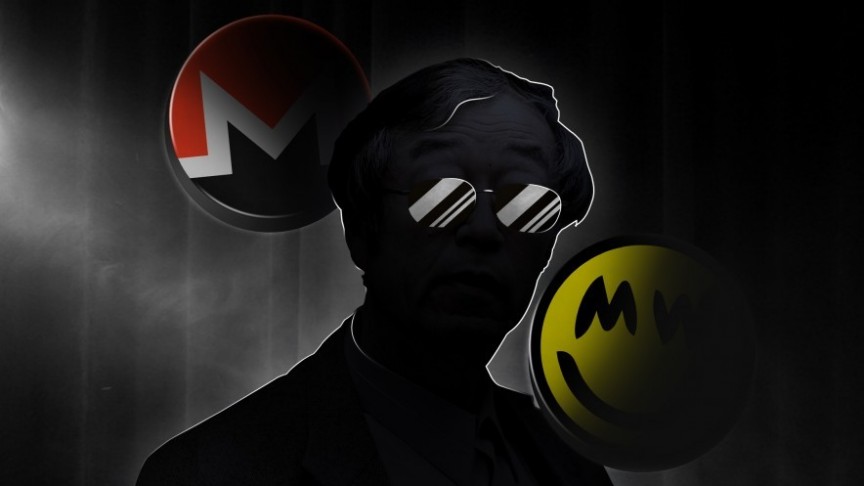 Bitcoin creator Satoshi Nakamoto used a pseudonym to work on Bitcoin. He's not alone―why do some crypto figures keep their identity a secret?

One of Bitcoin's best-known features is the fact that it doesn't reveal who you are: usually, Bitcoin transactions can't be traced to your real identity. Even Bitcoin's creator, Satoshi Nakamoto, worked under a pseudonym, and several others have followed suit. The result is that many important figures in the crypto world are known only by their pseudonyms, "screen names," or assumed identities.

There's plenty of speculation as to why crypto leaders are maintaining a secret identity. Some might be keeping their identity hidden in order to avoid political or regulatory issues. Others might simply be trying to avoid unwanted attention or recognition. Let's take a look at a few notable people (and groups) that have chosen to keep themselves hidden behind the mask of anonymity.

Satoshi Nakamoto: The Creator of Bitcoin

Satoshi Nakamoto has been immortalized as the inventor of Bitcoin and blockchain, but his online presence doesn't say much about his life. Nakamoto went offline in 2011, just three years after he published Bitcoin's original paper. He supposedly commented once again in 2014 to deny speculation about his identity, but it is likely that his account was hacked, and that he did not post that message himself.

Contrary to popular belief, Nakamoto's original Bitcoin paper focuses very little on privacy; instead, it largely focuses on trustlessness. As such, it's not clear why Nakamoto kept his identity a secret. Some have speculated that Nakamoto wanted to avoid legal intervention, or that he didn't want to be seen as the Bitcoin community's leader―but we'll never know for sure.

Sunny King: The Inventor of Proof-of-Stake

Sunny King is the creator of Peercoin, the first cryptocurrency to introduce staking features. Staking allows coinholders to earn rewards, and this system has become highly influential in recent years: top-ranking coins like Ethereum and Cosmos are implementing proof-of-stake as we speak. Peercoin itself is not as popular as it once was, but King is still very active in projects like VSYS.

King has explained why he has chosen to remain anonymous. In a 2013 interview, King stated that he used a pseudonym out of concern that a worsening political climate would restrict his contributions to the crypto world. However, King downplayed this in a later interview: in 2018, he said that he is anonymous "just for privacy," and that he is "an ordinary person just like everyone else."

Monero is a cryptocurrency with a near-total focus on privacy. Whereas Bitcoin transactions are public but hard to trace, Monero transactions are truly confidential and invisible to the public. Ironically, some of Monero's most important developers are not anonymous: Riccardo "fluffypony" Spagni is the public face of the project, and he goes by his real name (and his nickname).

That said, Monero relies on a heavily anonymous Core Dev team: in fact, five of the team's seven members are anonymous. Spagni has suggested that this is due to lack of acceptance of crypto in the real world: "If an employer Googles a potential candidate's name and finds them linked to some anonymous payments project...it could be potentially disastrous," he wrote in 2015.

Mimblewimble is another privacy project. It was named after a Harry Potter spell, and some developers go by character names as an in-joke. For instance, the creator of the Mimblewimble project is known only as "Tom Elvis Jesudor," which was the real name of Voldemort in the book series. Perhaps these pseudonyms really are meant to provide privacy, but they might just be good fun.

There has been some drama around Grin, one of the biggest Mimblewimble coins. Grin's pseudonymous creator, Igno Peverell, stepped away from the project in June, attracting comparisons to Nakamoto's sudden departure from Bitcoin. However, Igno's absence is somewhat exaggerated: he seemingly plans to return to the project, and he briefly returned to the forums in August.

Are Pseudonyms Good or Bad?

The benefits of pseudonyms are clear: many of the biggest crypto innovations might never have come into existence if their developers didn't have a way to work freely. Pseudonyms allow developers to work on projects without fear of legal difficulties or unwanted attention―and it's probably not a coincidence that privacy coins rely heavily on pseudonymous developers.

Pseudonyms do have one downside: lack of accountability. Some critics argue that pseudonyms allow fraudulent projects to raise money then disappear without a trace. However, pseudonyms aren't a tell-tale sign of fraud: high-effort scams often involve fake teams that appear to be real, complete with full backgrounds. And, on the flip side, some highly anonymous projects have turned out to be legitimate.

In any case, pseudonyms may be on the way out. Projects like Ethereum, Ripple, and Cardano rely on organizations that consist of countless highly public members. These projects are all pursuing mainstream recognition, and in order to do so, they must measure up to the same standards that traditional organizations do. Perhaps Satoshi Nakamoto-style secrecy is no longer essential.